Didn't have a lot of time tonight, as my normal painting time got sucked up by wrapping Christmas presents. But, I put some highlights on her armor, and painted her gloves in the same armor colors. I'd talked about adding another color to her armor, but I don't think I'm going to. I like it pretty well as is, and I think the chances of making it look worse are higher than making it look better.

Besides. She looks like a ranger. Rangers don't do flashy.

I'll probably do her swords last, so there's a ways to go yet, but I'm considering practicing my NMM on this one. It's a small amount of metal, just the swords and some rivets, so it's tackle-able for me.

(NMM: Non-Metallic Metal. Painting metal items using non-metallic paint, but making the shadows and highlights sharper and more stark such that they provide the appearance of the shininess of metal.) 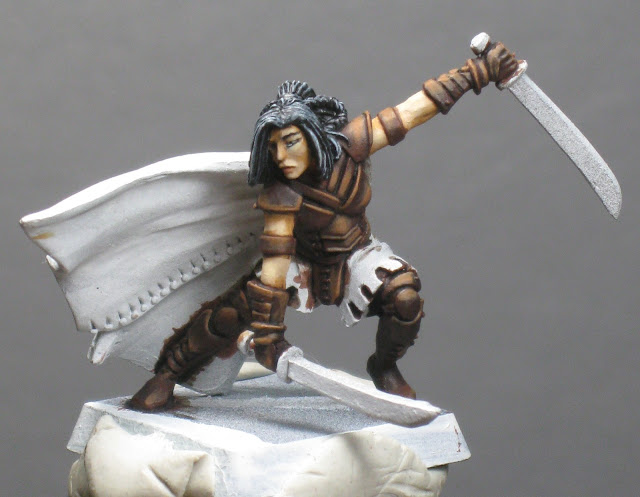 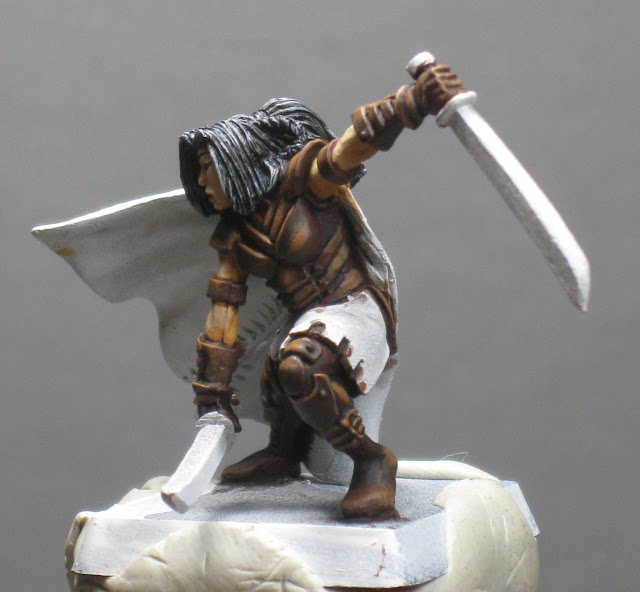 Posted by MiniPainterJen at 6:30 PM