Did the interior buttons on the ranger. Nothing else. Now she's done. 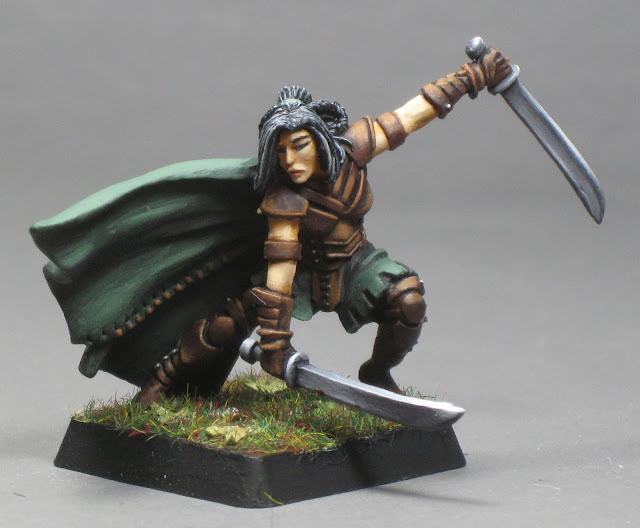 Did some shading and highlighting on the skin of the minotaur. 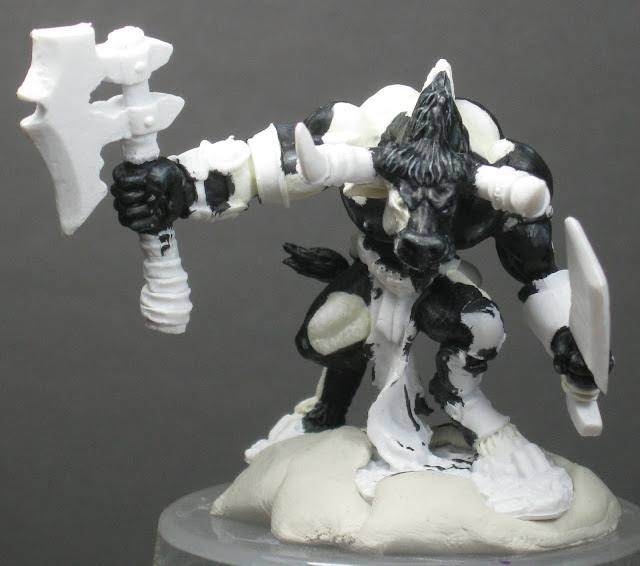 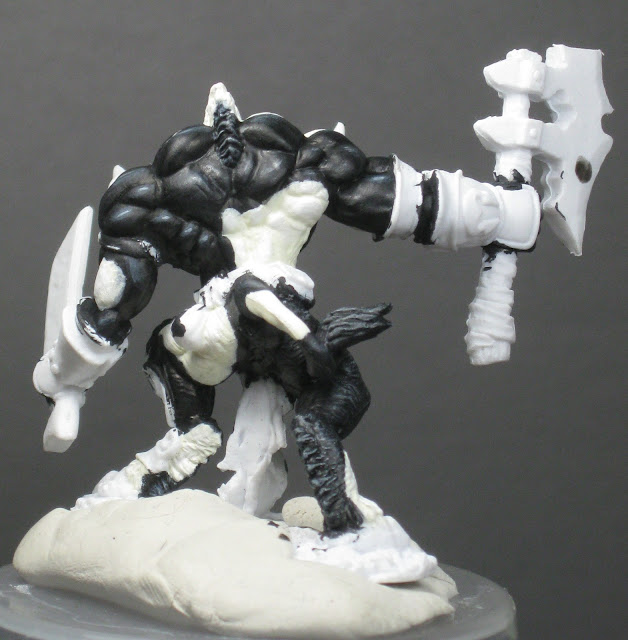 It's pretty subtle. The white highlights don't show up at all in the pictures. The highlights on the black are a little rough. I may adjust them more, I may leave them. I wanted to give it a chance to dry and set before doing more with it. Hmmm...looks like I may have picked the wrong spot for the highlight in a couple places. Maybe not, maybe it's just the way he's lit. I was painting for overhead lighting, and there is a light coming in from the side in these pictures.

I used straight black to shade the almost-black parts. Since the colors are so close, getting it to blend in smoothly wasn't going to be an issue. I just painted the black on, no thinning, expecting it'd barely show anyway, and the hard lines wouldn't be very noticeable. I made a blue-gray mix for the first highlight, and tries to keep the highlights narrow. The I used white for the highest spot highlights. Then, not quite happy with how light that made everything, I hit it all with a black wash. That's the part I wanted to let dry and set before proceeding.

It's hard to get black and white to look right. So, it's tempting to not put a ton of effort in to getting it wonderful, knowing it's probably doomed to failure. I'm hoping that once some of the other colors go in, and he's got a bit more context, I'll be less inclined to do that.

And, since I set him aside to dry, I put the base skin tone on the bar maid. 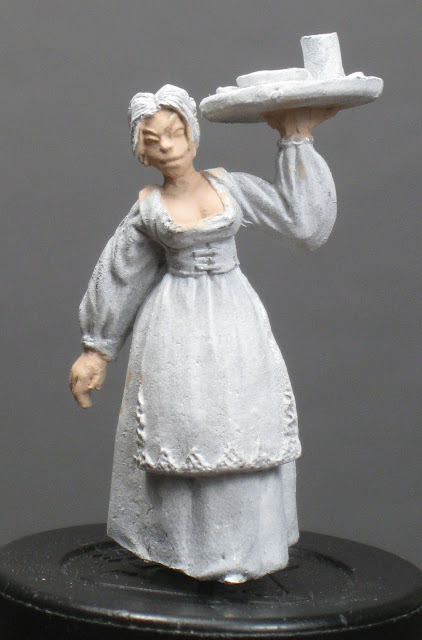 She's also been cut off her base and been given a peg to put her on the new base, eventually. I even managed to mostly save her shoe when I cut her off the broccoli base.

(Broccoli Base: the fairly distinctive, generically textured integral base that many figures in Reaper's Dark Heaven line have.)


Posted by MiniPainterJen at 6:33 PM