Armor bits that appear to be stuck on with Velcro. 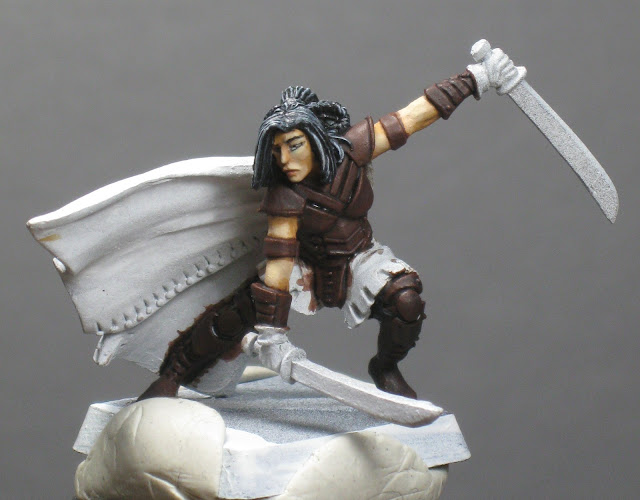 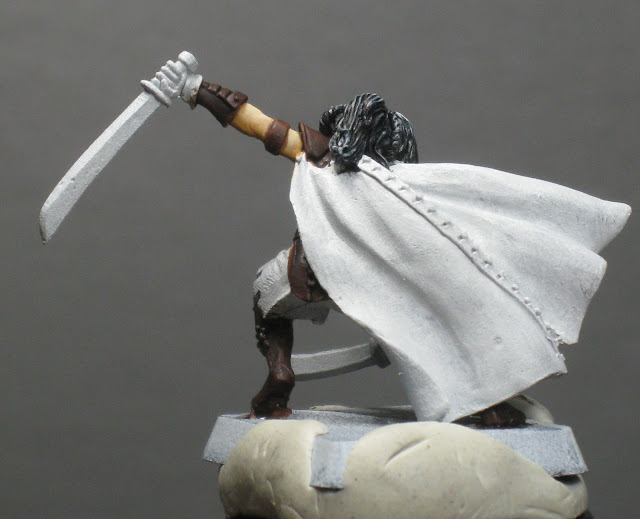 Yes, some of them appear to have rivets. The knee pads have straps. But some of those other plates really just seem to be stuck on there.

That's a base coat and then a couple washes on the armor. (There are a few spots that look like I missed them, but it's because the wash is still wet.) I had originally been planning to do a duo tone thing on the armor, but I'm really liking that brown with her skin color. That's why her gloves are still unpainted; they were going to be the other brown. I may still put another brown in there. I may not.

Also, I think there are meant to be separate boots and leggings under the armor bits. Usually I'd try to sort out what's what, but this time I'm just making it all brown. We'll see how that goes.

And, the bar matron: 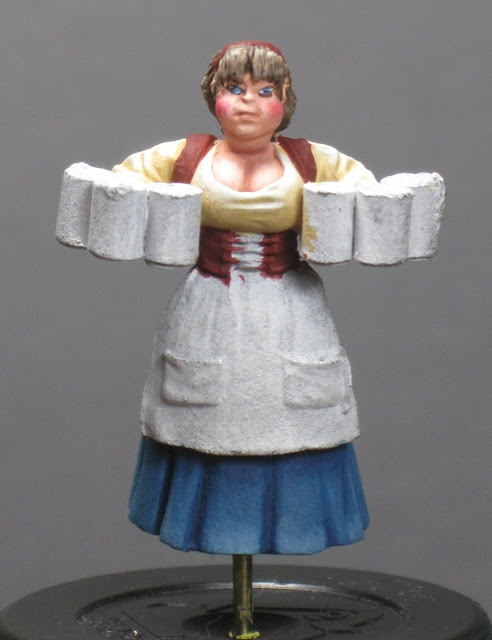 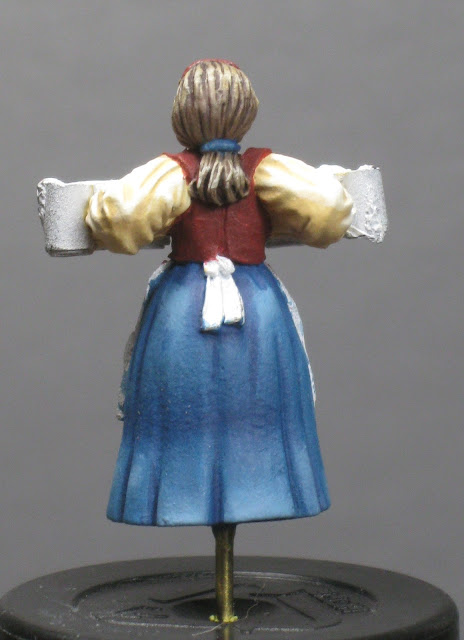 I put shading and highlighting on her skirt. It's not real high contrast, because the skirt is fairly smooth.

Also, per my husband's suggestion I drilled a hole in the film canister and put the peg through there. The poster tac is on the inside of the canister, holding it in place from there. It's much more stable this way. Yay!


Posted by MiniPainterJen at 6:30 PM