Today's familiar is an armadillo. No, really. If you're at all familiar with Reaper's various Animal Companion and Familiar packs, well, they have way more than cats, rats, and falcons. A sample of other familiars available: skunk, penguin, iguana, aardvark, and a number of different fish. 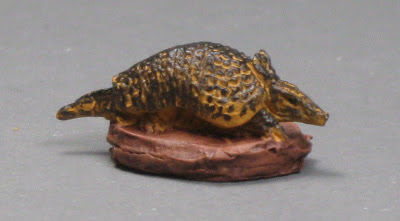 He's not terribly impressive. I don't live in a part of the country where these live, so I got the coloring off of Google. I do happen to know that the dirt where these guys live tends to be reddish, hence the color of his base.

Also did some work on the base for the bar matron. 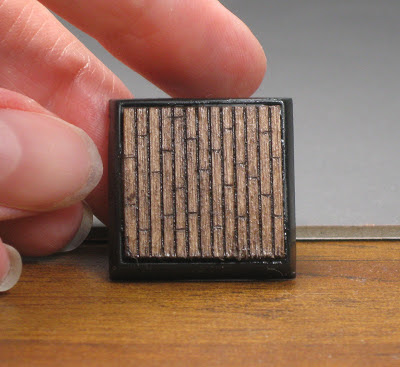 That's the walnut stain. I think the grooves are dark enough, so I didn't put any other color on it. I've finished it with a couple coats of gloss varnish and glued it in to the plastic base. Usually I primer the base and paint the edges black, but this time I'm going to leave it bare and see how it looks.

And, I've cut the matron off her integral base: 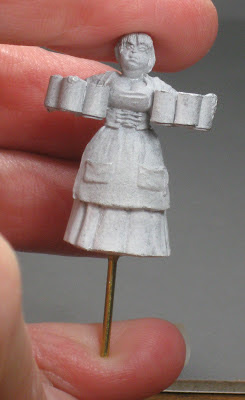 The pin will eventually go in to a hold I'll drill in the base to hold her in place. In the meantime, I don't want to run the risk of slopping paint on to my carefully stained base, so I've left the pin extra long so I can hold on to it while I paint her.


Posted by MiniPainterJen at 6:38 PM