ReaperCon was last weekend. I taught four classes (Freehand for the 2D Challenged, Intro to OSL (twice), and Survey of NMM and TMM), and they all seemed to go well. I also ran an RPG and was one of the judges for the MSP Open painting competition. Busy weekend!

I came away with these medals: 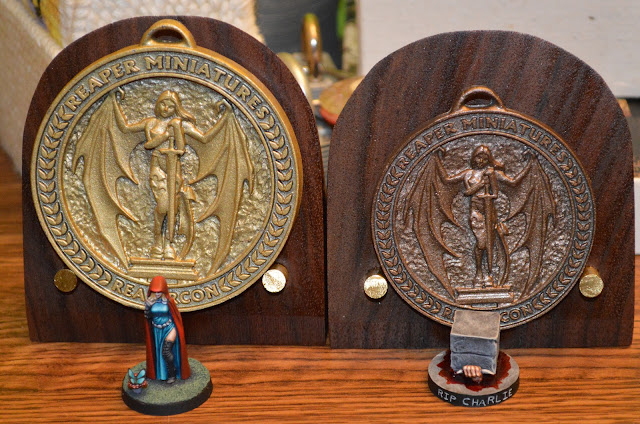 That's a gold for the Hasslefree Lenore and a bronze for Charlie there. Not too shabby!

I also got a bronze Sophie for another piece I brought. It was a figure of a dwarf I painted for Reaper, so sadly I don't have it to show here. Here's the Sophie, anyway: 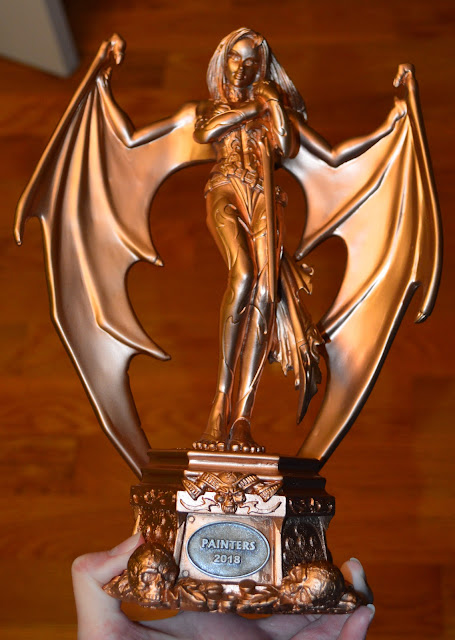 This is my second bronze Sophie. The first I won for a piece I worked very, very hard on and struggled with for weeks. This one I got for a piece that I worked to do a good job on, but did not put anywhere near the same level of time and effort into as the first one. I suppose that's a form of improvement - I can now paint something to a similar level of quality as that first Sophie winner from a few years ago in much less time and with much less of a struggle.

In the couple days leading up to ReaperCon and while I was there, I worked on Mary's hair. I decided to see if I could make her look bleach blonde, and if that would work on a figure. So I got a reference photo off of Google and tried to match it, and this is what I have: 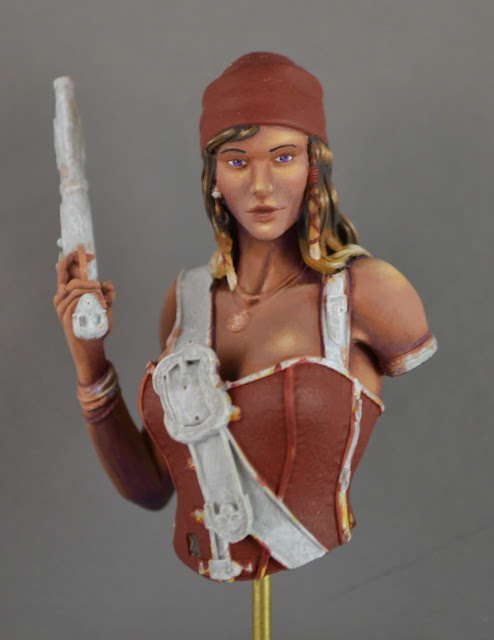 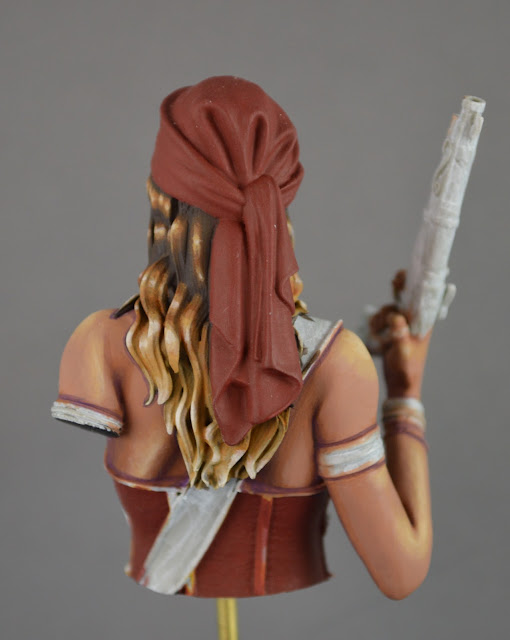 It matches the reference photo pretty well and I think it does work for this figure, but probably wouldn't on a smaller scale. The hair is still a bit rough in a couple spots, but I want to get Mary here finished up so I can move on to the next thing, so I may futz with the hair a bit more, but probably not much (and maybe not at all).
Posted by MiniPainterJen at 6:59 PM