Shading and highlights on the belt. 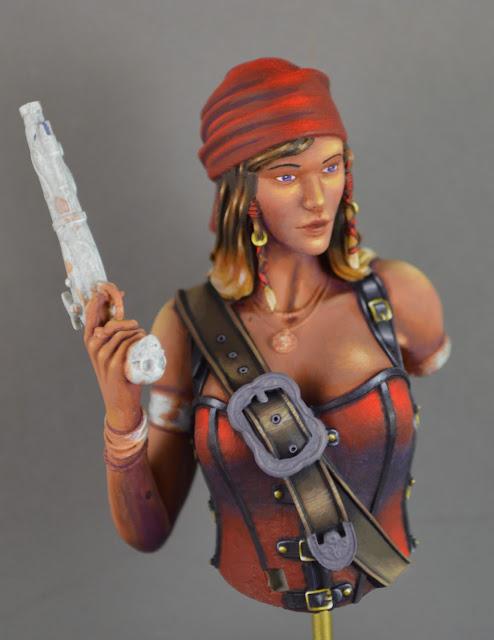 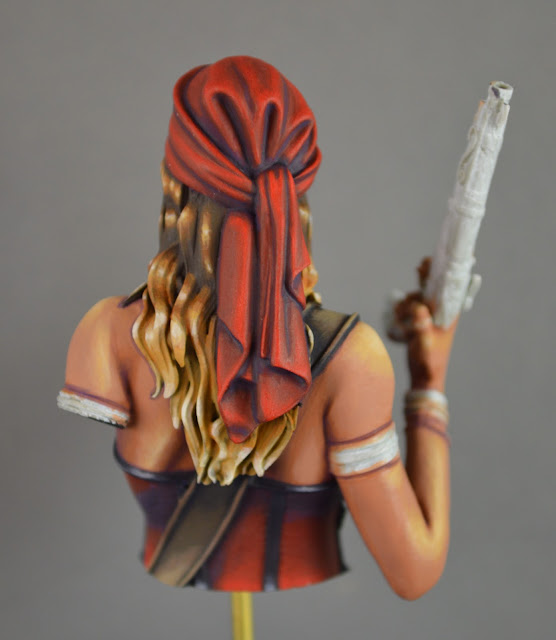 I tried putting some texture on the belt and was a bit stymied in that effort. I think the thing that was giving me trouble was the ridges on either side of the belt, which are things belts do not really have, certainly not to that depth. I was trying to put cracks in the leather along the edges like I have on other figures. It didn't carry on just the edges; too narrow, I think. So I tried taking it a little farther in, but that didn't look quite right either. So I went with doing the texture across the whole width, but just in a couple areas that would be particularly worn, like where the buckle sits.

Still, I think the highlight areas with the texture look better that those without, so I may add it to other highlight spots. It'd probably be better to have it over the whole belt than just part of it, but I think this is all it's going to get.
Posted by MiniPainterJen at 8:45 PM