Continued the assembly of the cowboy today by using some putty to get fill the joint in the torso and then gluing on his hat and left arm. Next time I will putty those two spots. Probably I will deal with the coat piece after that, and then do his other arm last since it seems most likely to be in the way/get damaged while working on the coat. 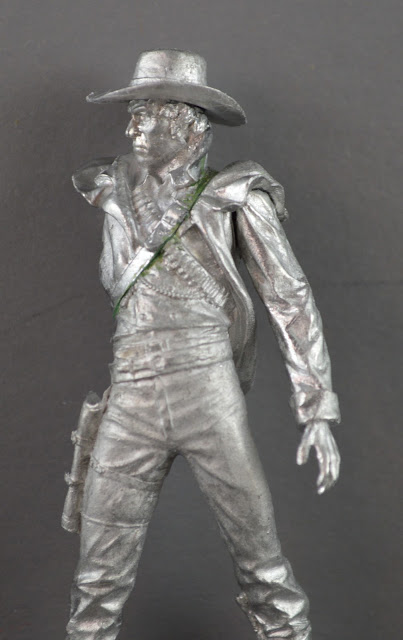 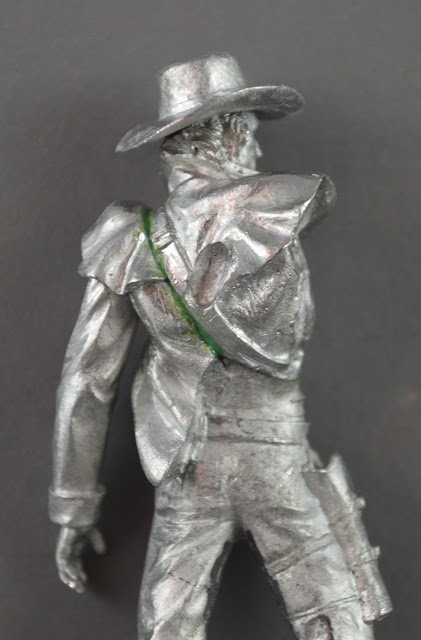 I also experimented with Apoxie putty a little bit. I found it is much like the Mulliput I use for basing. It's much less rubbery than green stuff. I will probably try it for the coat and see how it goes. One thing it doesn't seem to do that green stuff does is smooth across a surface; it just breaks apart instead. This could be good or bad. With green stuff, it does let me smooth the green stuff out, but never as much as I want because the green stuff contracts a little as it cures, so after it has cured I often end up with an edge where I had thought I'd gotten everything smooth.

I also got back to Marcus here: 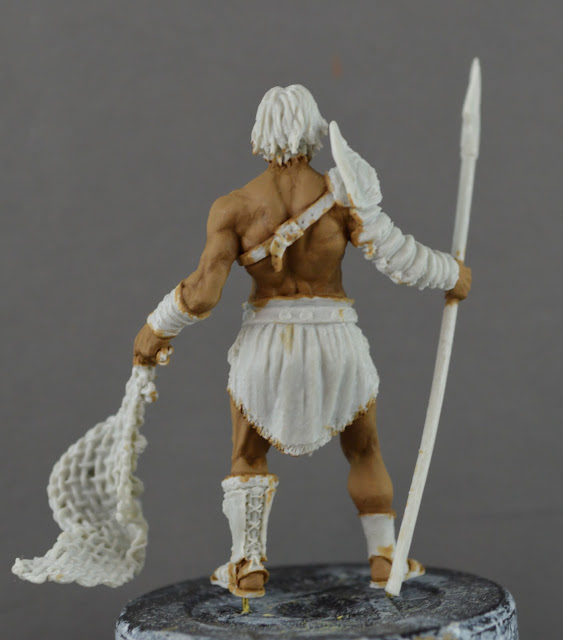 I just did a first round of shading on his skin.
Posted by MiniPainterJen at 5:40 PM