Finished the straps on her bodice by adding some highlighting, and then went on to the base coat of the belt across her shoulder. 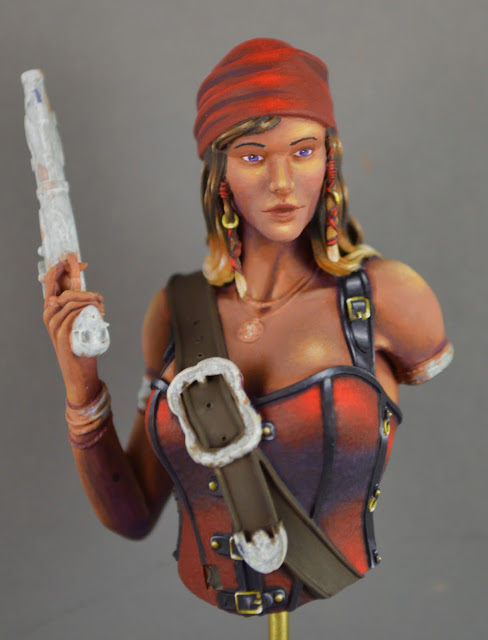 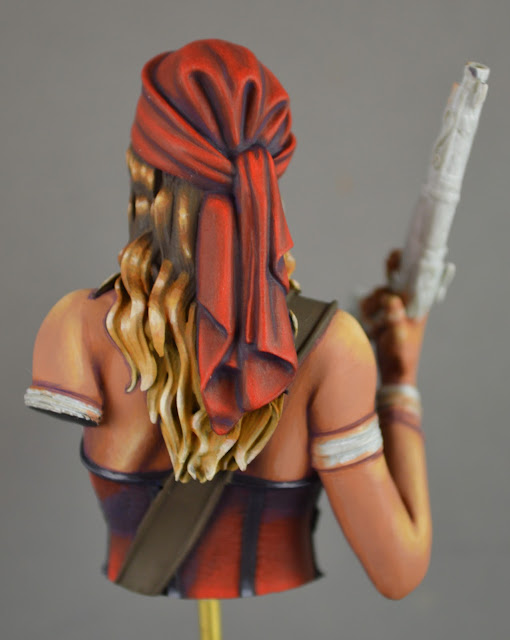 I initially tried doing the buckles and loops on the bodice as silver, but it didn't stand out enough against the highlighting on the straps. I switched them to gold to get some hue contrast going in there. It helped.

For the belt, I wanted a cool brown, or at least not a warm one, to play off against the warm tones I've used for her skin, hair, and the bodice. I think it'll work. After the belt, what's going to be left is the details - her various jewelry bits and so on. I expect that to take...well, longer than you might think. So maybe next weekend she'll be done.

I also started working on this guy: 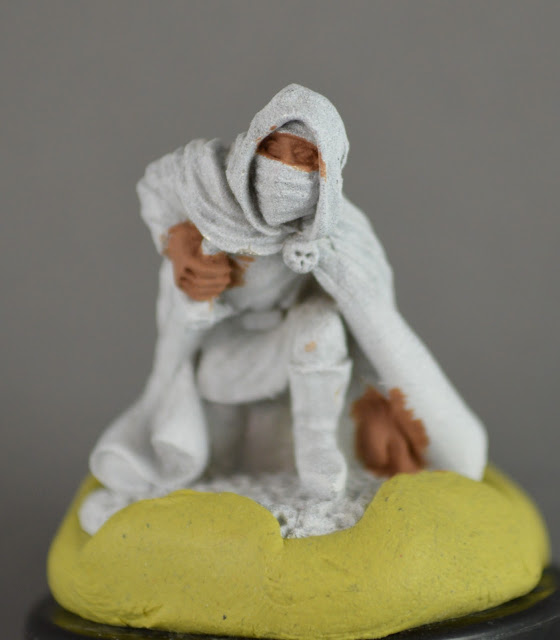 This is from by box of pre-primed minis, and has some issues with poor clean-up and fuzzy primer. It's okay. I'm painting him because I want something that's going to be simple and fast and not require a lot of thinking and working to make it super awesome. He's got very little detail, so he should fit the bill nicely. Once I'm done with what skin he has showing, I'll do the tunic next.

I could swear that I've painted this guy before but I can't find the painted one, so...apparently not.

The name of this figure in the store is 'Kneeling Assassin'. I suppose it makes sense that he doesn't have a name; you don't exactly walk up to the guy you are trying to stab and say 'Hi, I'm Gerry, and I'll be assassinating you today'. Anyway, expect to see more of Gerry the Assassin in the next few days.
Posted by MiniPainterJen at 1:41 PM