Worked on a lot of stuff tonight, including finishing the vestal. But first, a familiar. Not much to this guy - he's tiny. 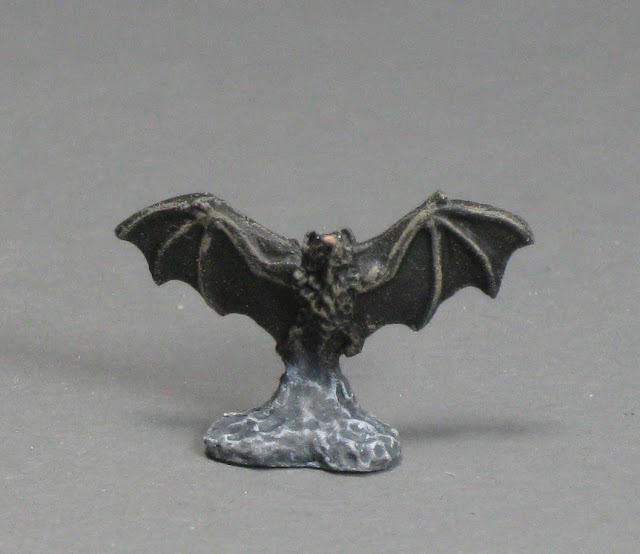 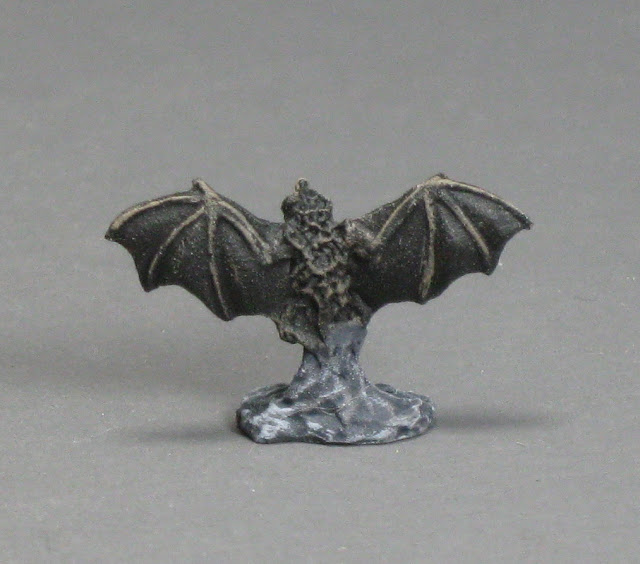 And the bat next to the vestal for scale. 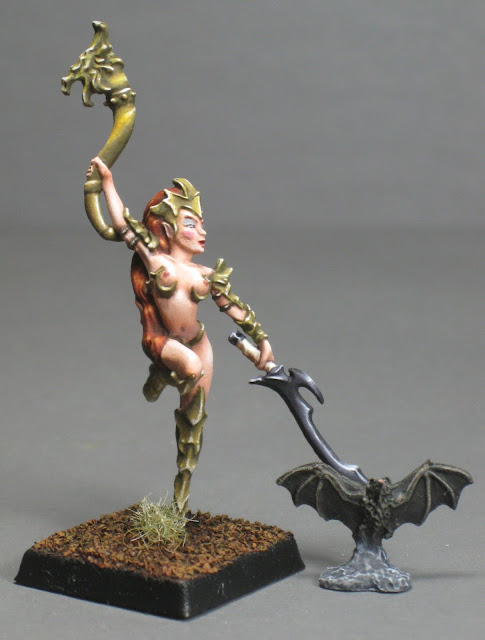 And, the vestal herself. Still not thrilled with the NMM on the horn, but fussing with it did not seem to help much. So, I finished her base and will move on to the next one. 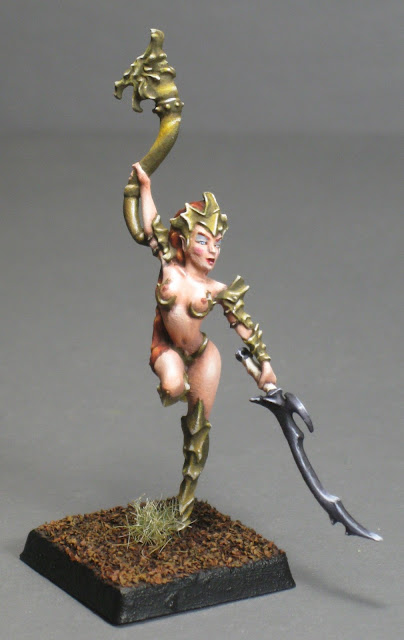 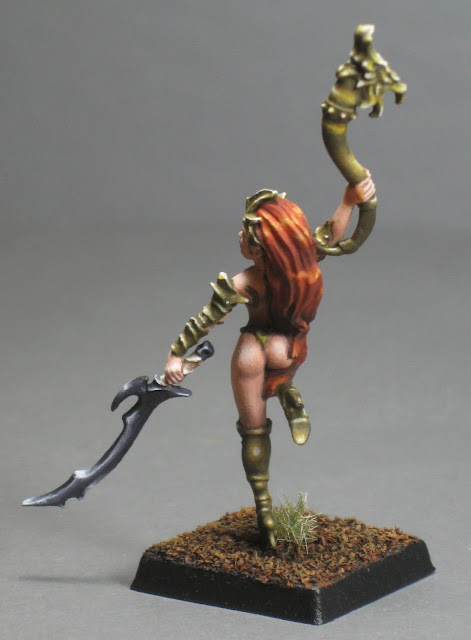 And this is the new vestal next to the first one. Differences should be noticeable in the skin (higher contrast, particularly in darker shadows), hair (higher contrast, different treatment of the highlights), and base (higher contrast). Not sure how much it shows in the pictures. I need to spend some time comparing them in person and deciding what worked and what didn't. 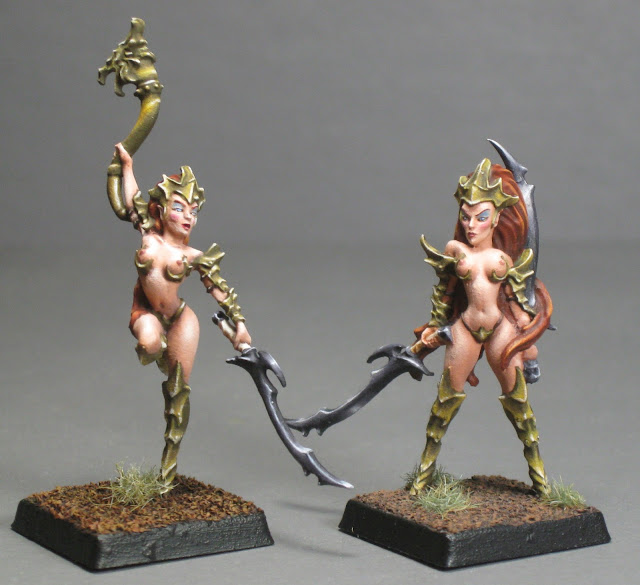 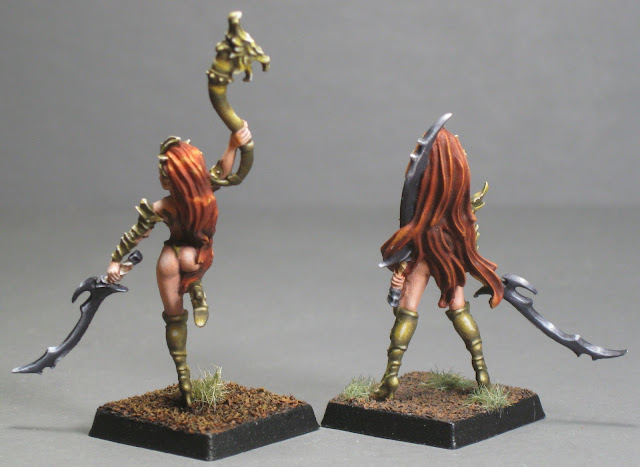 And started this little guy tonight, another sidekick from the Bombshell line.He'll get dark shadows, probably going to black, and highlights going to red. We'll see how that looks. 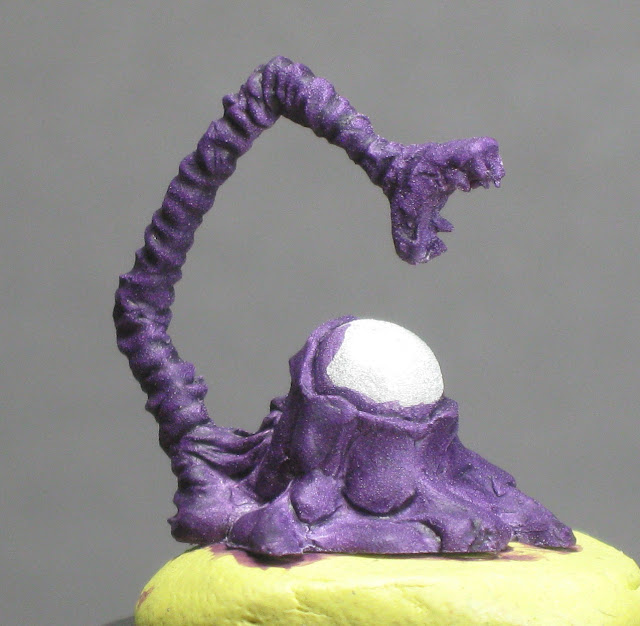 Posted by MiniPainterJen at 6:28 PM