Finished the assassin's face and base coated his clothing and hair.

Looks like I may need to hit the blue with another coat. It doesn't look as opaque here as it should. The other problem I'm running into is that the blue is so super saturated, the various purples I tried for his tunic all look pretty plain in comparison. I have one or two more that I might try and see if they're saturated enough to compete. If they aren't, I don't think it'll be the end of the world. Tomorrow I'll see if I can put on another coat or two of the blue to make it more solid, and try for a  more saturated purple. That'll be it for this guy for now, as he's going to ReaperCon. 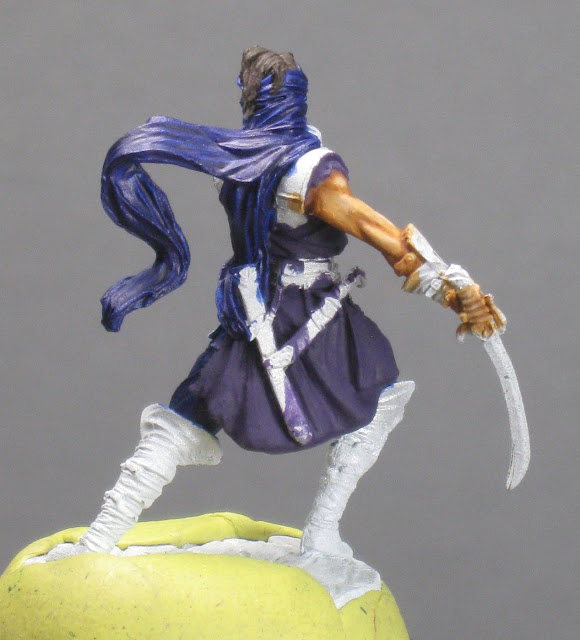 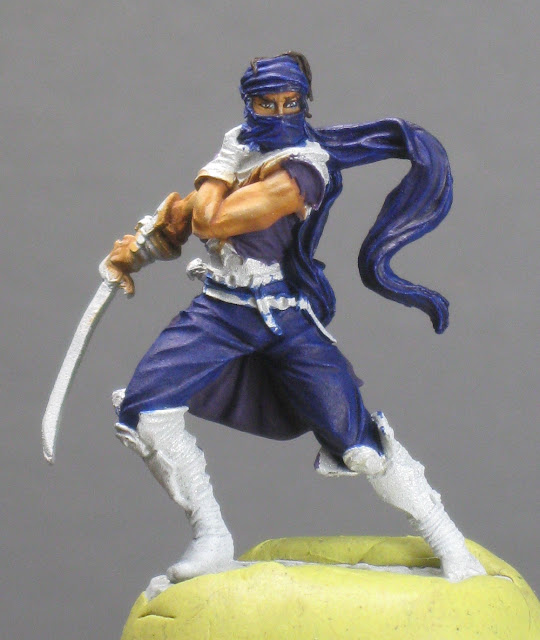 Posted by MiniPainterJen at 6:12 PM