Still doing some prep for ReaperCon, but I'm on to sculpting now. These are armatures - wire frameworks that serve as general outlines to put your putty on when you sculpt. It'll help lay out basic shapes and poses, and also provide some backbone and support for the putty.

The one one the right is the start of a human form. I don't have any particular plans for it, but I'm taking a class on dynamic poses at ReaperCon, so having an armature ready to be posed might be a good thing. I'll put a head on it at least, and probably make a few bends to give it a better posture.

The other one I plan to use as the basis for a practice dummy - a couple sticks with a couple bags of straw. If it comes out (which it probably won't) I'll use it in a diorama. I need to trim the wires down. Other than that, I'm not sure how much farther I'll take it. 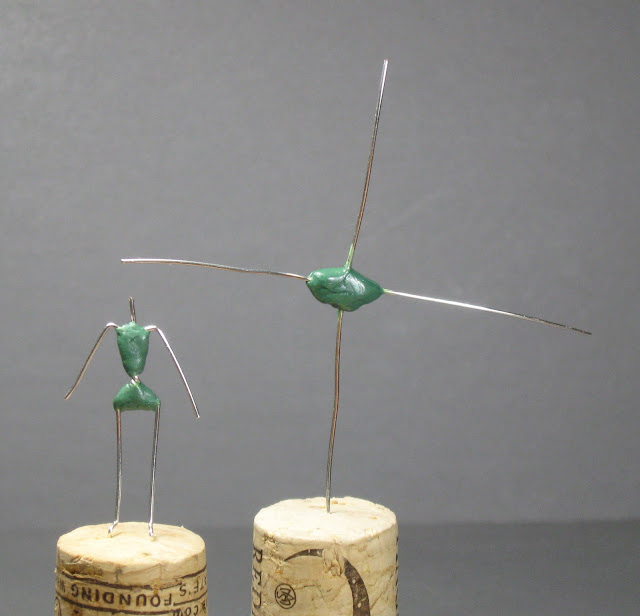 I did a wee bit of painting. This lamppost will be used in the diorama with the monk. I've just got a base coat on there now. I plan to make it like wrought iron. I'll need to think about what the lighting will do, since it is its own light source.

Posted by MiniPainterJen at 6:05 PM