So I might be done with her shirt. I looked at it today and decided I didn't really want to go darker in the shadows. I fought with the highlights some, particularly on her shoulder, to get placement that I thought looked OK.  They looked lighter when I was working on them than they do in the pictures. I'll have to wait and see what I think of it next time I work on her.

I moved on to her jacket. I decided to go with a sheepskin kind of look, even though I had originally wanted to stay away from more browns. Looking at it in the pictures, I'm not sure if I love the color or not, though when I was working on it I thought it was OK.

There is definitely bad news, though. As I started on the jacket I realized that I've been rubbing off bits of primer from along the bottom of the figure this whole time. Spots that are bare of primer were easily fixed, but the bigger issue is it led to little chunks of primer getting all over the surface of the jacket. I tried brushing then off and lifting them off with a sharp knife, but it was generally making things worse. I had planned to try giving the jacket some suede texture anyway, so hopefully that will help disguise the uneven surface. Either way, by some standards the figure is ruined because of that - for instance, it wouldn't be something to enter in competition.

So I'll finish her out, but probably more quickly and with a little less care than I otherwise would. Sigh. Frustrating. 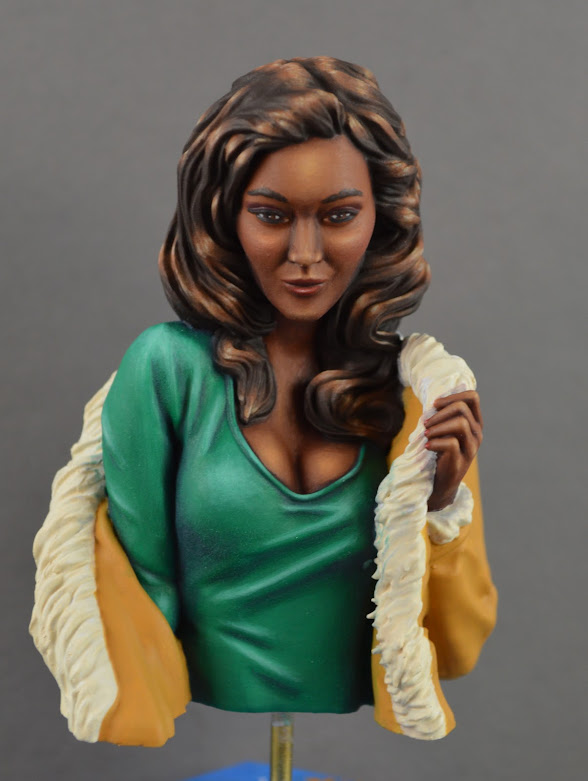 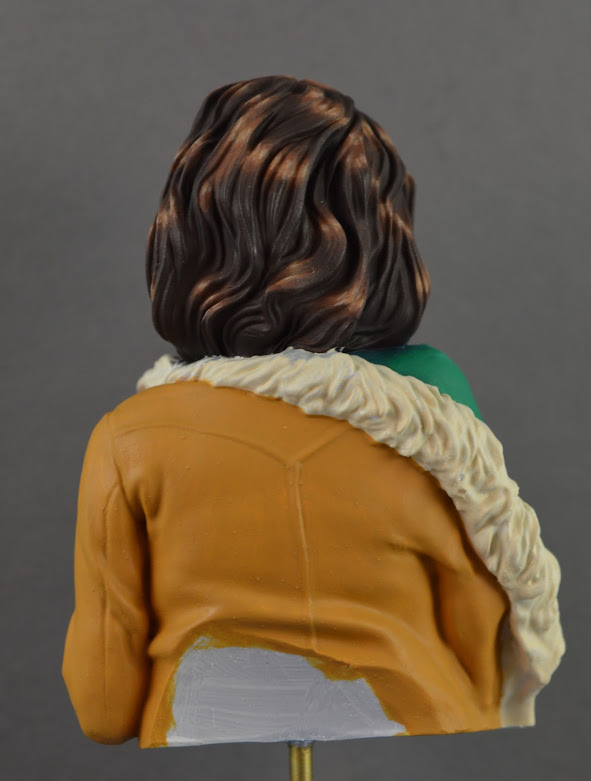 Posted by MiniPainterJen at 1:06 PM