Today I got back to Jynx and worked on shading and highlighting her skin. 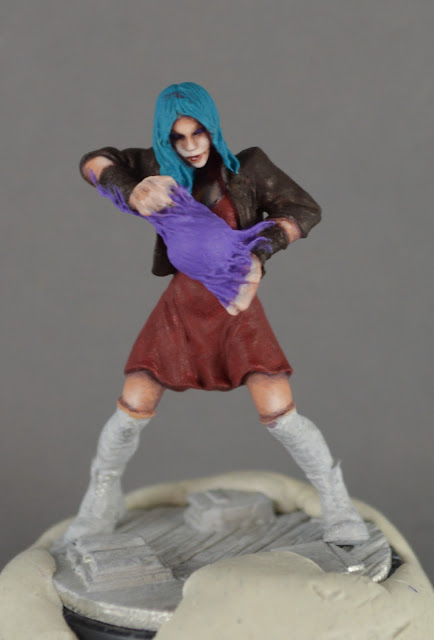 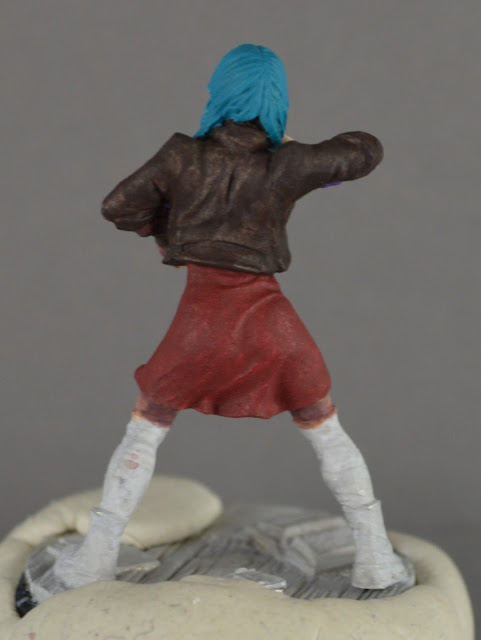 Now, the highlights look weird on her face and hands. That's because I'm going to do the globe as a glow effect. So, her hands will get a lot of light from the globe, and it will be lighting her face from the front and below. I've placed highlights with that in mind. Later, I'll go over them with purple glazes to give it the right hue.

I've also decided to try to make her eyes glow with the same purple. This may be a mistake - I don't often see glowing eyes that look successful to me, and the fact that hers are tiny isn't going to help.

Source lighting is one of those things that will often look kinda weird until it is mostly in place, so expect her to look kinda off for the next few sessions.
Posted by MiniPainterJen at 6:29 PM