Got back to Jynx today. I did shading and highlighting on her hair and dress. I'll do the same on her jacket, then go back and put in the purple from the orb. I tried to place the highlights as if the light were coming from the orb, which of course it will be in the affected areas. I am planning on making it so that the globe is not putting out that much light, so its effect won't reach past her face and torso. 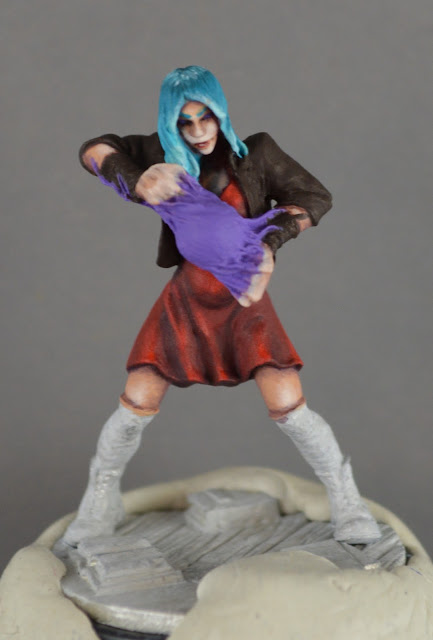 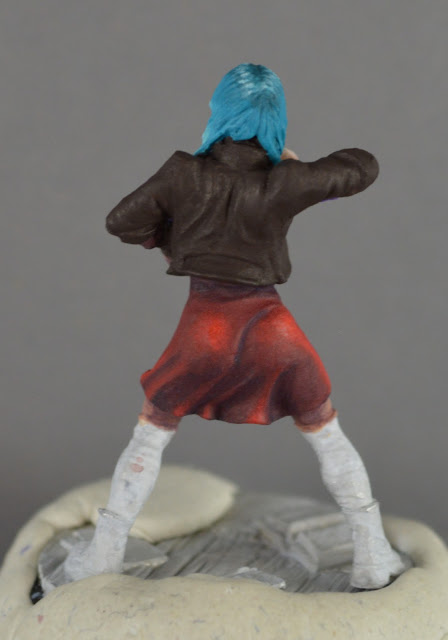 I did also work on Kalee and the sorceress. I did the bit of putty that Kalee needs; she'll be ready for primer tomorrow. I also did some gap filling on the sorceress. Neither of them look different, so no pictures.

I do have some basing ideas for the sorceress - I'm thinking I'll put her on some kind of gothic roof or tower. That made me think of Mistborne, with all the Pushing and Pulling to superleap around buildings. So, I'm going to call her Vin, even though she doesn't look much like that character.
Posted by MiniPainterJen at 2:07 PM