I wanted to get some painting in tonight, but I've had a long week and didn't really feel like working on something that I was going to put a lot of thought and care into. So, I skipped the cowboy and started this grizzly bear with a battle axe instead. 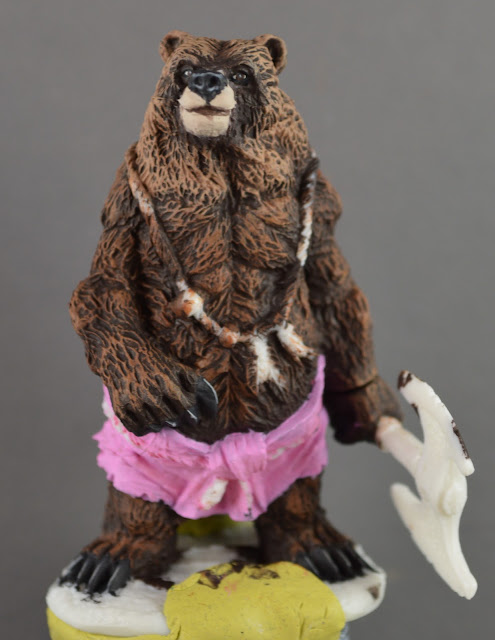 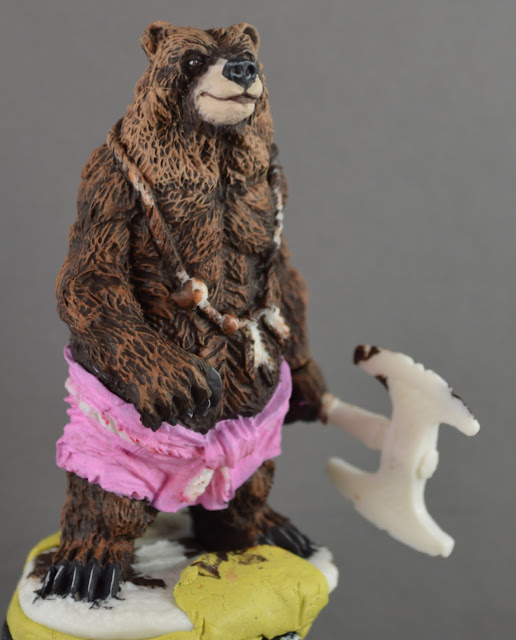 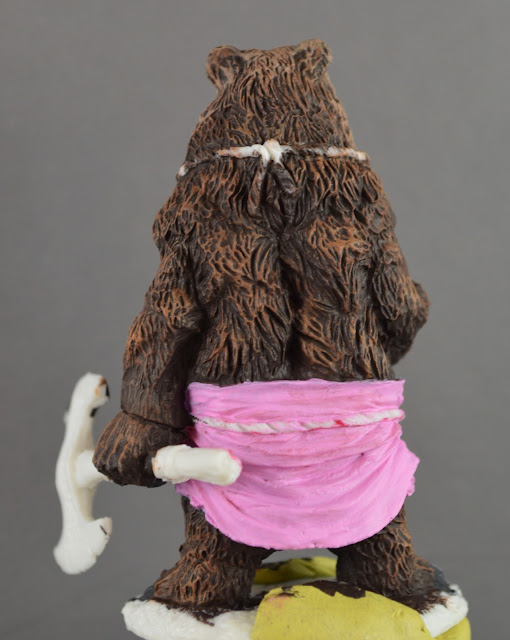 Obviously, he's not done, but I think I made reasonable progress. He's not going to be a high quality piece, but that's OK. This one is just for fun. I'm not trying to accomplish anything in particular.

Why is he wearing pink? Well, it's a grizzly bear. With an axe. Are you really going to second guess his wardrobe choices?

I mean for it to be a darker pink, more toward magenta, but the color I chose was pretty thing, didn't cover well, and didn't get along with the plastic. So I've undercoated with a thicker paint that covers much better, and I'll go over it with the darker pink that I really want later.
Posted by MiniPainterJen at 6:47 PM