So, looks like I'll be running a RPG in a modern setting the first weekend in September. Last weekend in August. Labor Day weekend, here in the US. Along with my other prep, I need some minis for the PCs and whatnot. I don't have a ton of modern-style figures painted up, so I'm going to try to rush a few through. That means the lizard men will be sitting on the side for a while. I'll still work on the vestal, but probably more slowly.

So, last night I spent prepping some suitable figures. I also have a couple who I'd prepped and primed before, and there are some of my recently acquired Bones who would be suitable, so I'm starting on those now.

To that end, here's Finn, from Hasslefree Minis. He'll be in faded jeans. Haven't decided on a color for the hoodie yet. He has tiny, tiny little eyes. Hmm...think I missed a bit at the very base of that front lock of his hair, there. 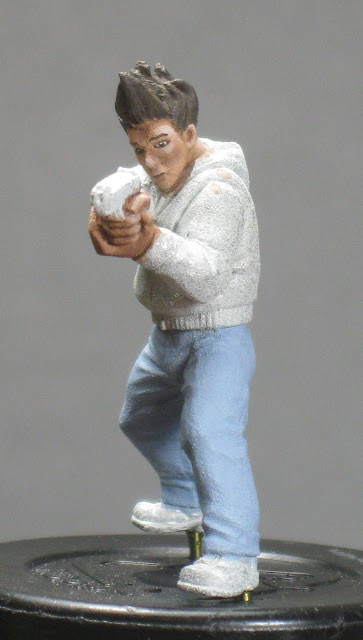 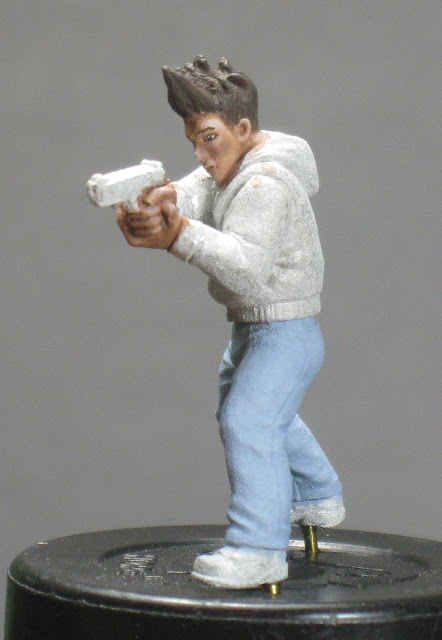 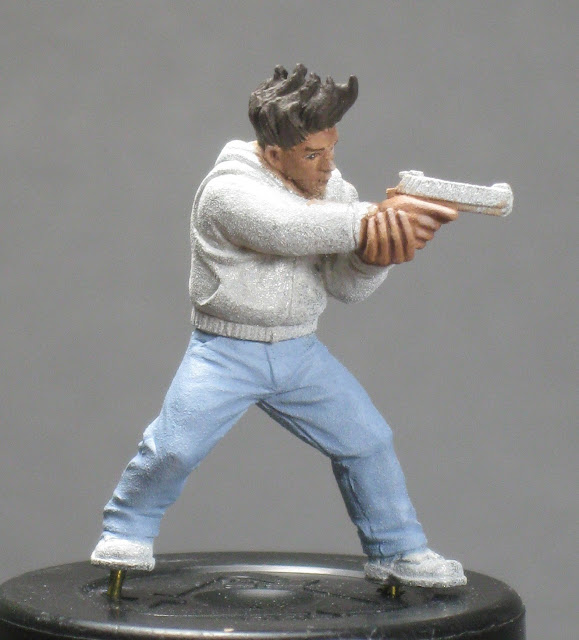 I did also do some more work on the vestal. I liked the purple shadow in her hair, but overall it wasn't looking quite right to me. So, I asked for some input from the Hair Expert, who told me to glaze down the shadows some. Per her advice, I also added some more highlight to pick out some of the waves in the middle back of her hair, between the swords.I think it's better, but now I'm wondering if the yellow is too yellow. 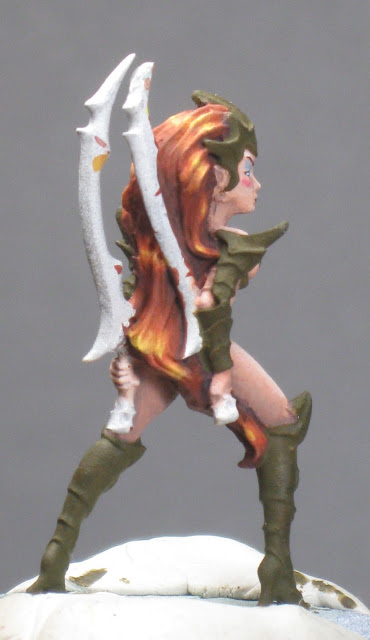 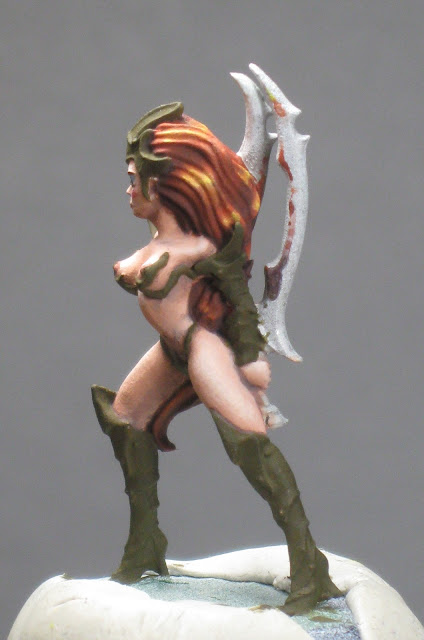 Posted by MiniPainterJen at 6:39 PM