I did get a little actual painting in this weekend, but I spent most of my time organizing and rearranging my hobby supplies. Why? Well, my husband made me a brand new storage unit, custom to my specifications. So, I was moving stuff out of an assortment of plastic bins and into my new storage! 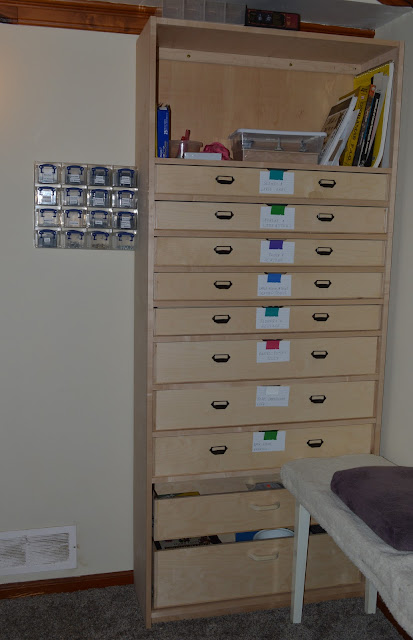 It's not completely done in that we are going to paint it and put hardwood veneer fronts on the drawers, but it's functional this way so I'm using it now, and we'll do the stuff to make it pretty later. Those are index cards on the front to label what's on each drawer. The thing on the wall to the left is a rack of small containers with bases. We're also going to add a second unit to the left, once I've worked with this one for a while and decide what kind of storage I need...bigger drawers, smaller drawers, or something else entirely.

As for the painting I did do, here's some shading on the metallics on the knight. 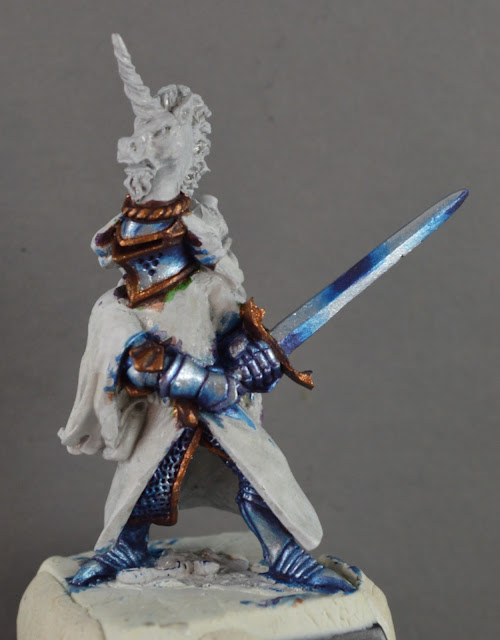 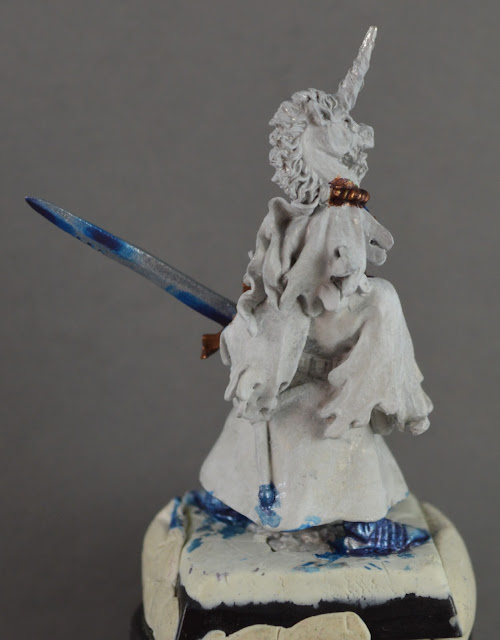 They need a little smoothing and I need to bring some of the metal back in a few places, but so far, so good.

I finally got around to testing my airbrush after taking it apart and giving it a thorough cleaning. Good news: it's working again! Bad news: I'm still bad at airbrushing. 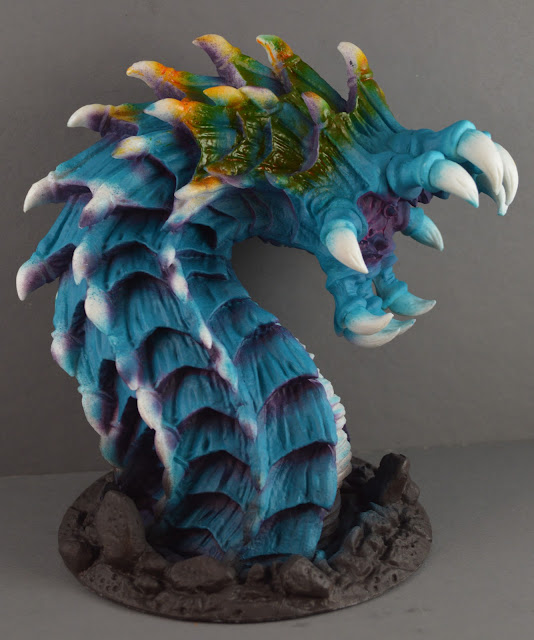 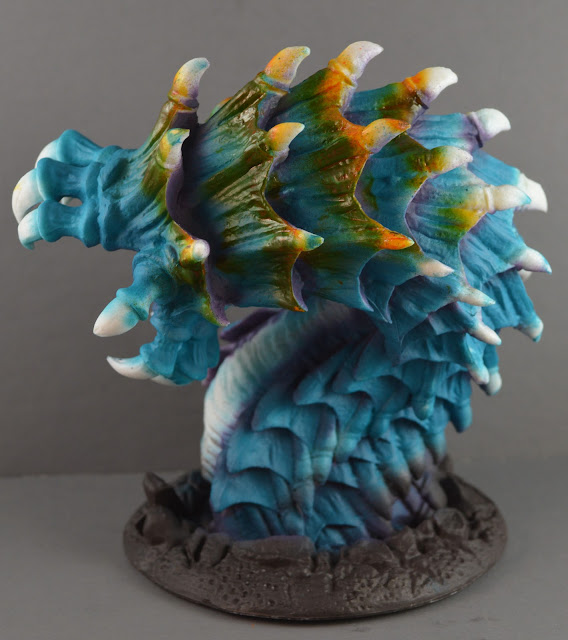 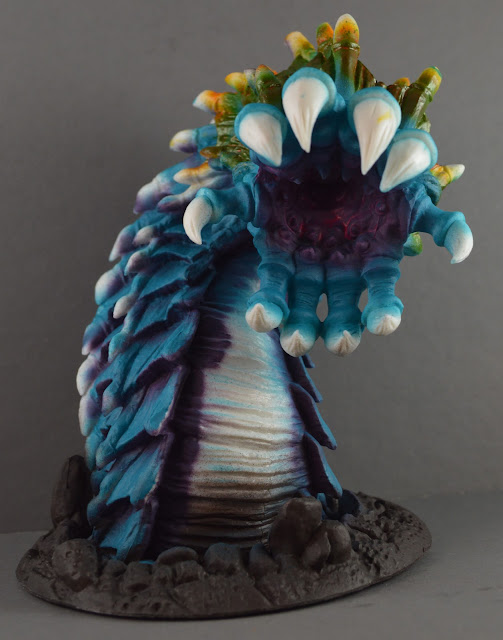 I am pretty happy with how I did on the teal and purple. I got the purple shading where I wanted it. The teal blended well. I made some mistakes, mostly around forgetting about where the over-spray was going to go. Things went down hill with the orange, partly just due to my lack of skill, but also because I was working with an acrylic ink for the first time. I realized pretty quickly that I was not getting the look I wanted, so I stopped.
Posted by MiniPainterJen at 4:59 PM