I started with base coating Dagon himself today. I used my airbrush to put down the base color, then also tried to use it to put in the blue shading and the pink details. I was really happy with the base coat. Much less so with the rest. I'm just not good enough with the airbrush to do that kind of work. 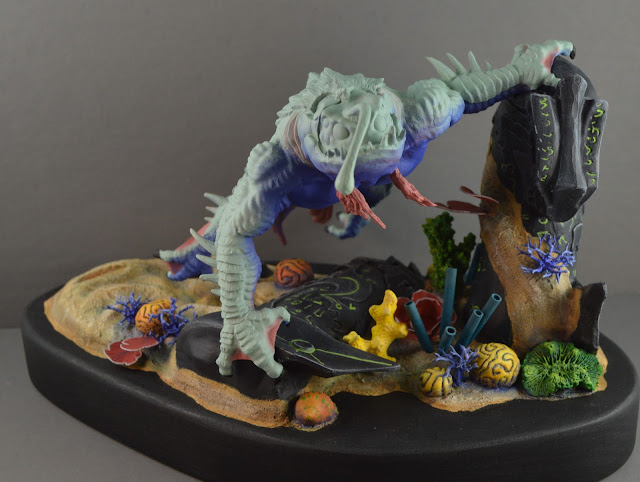 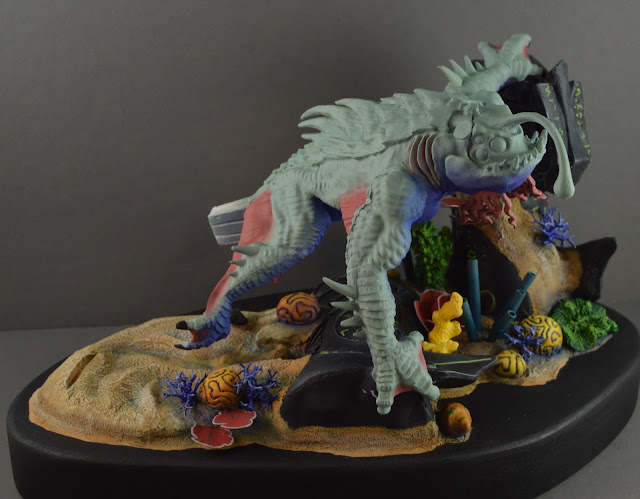 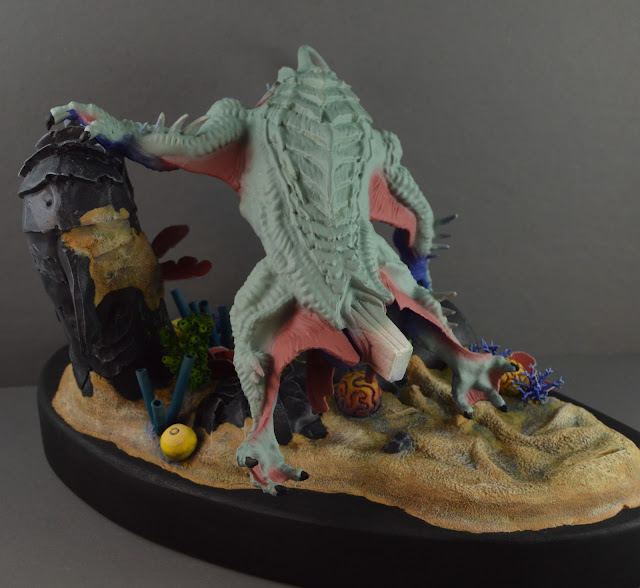 I went back and cleaned up a bunch of it with the brush. Then I decided I was having a lot of trouble placing shadows without him being on the base. So, I filled in the shadow color on the parts of the underside that I had missed with the airbrush, and glued him in place. I think there's plenty of room to work underneath him if I need to...hopefully I won't make too much of a mess in the process.

Next time will be more shading on him.

I did a little work on Big Blue as well. I did an undercoat and then the gold for his necklace. I'm not sure if I like it or not. I'm tempted to do the 'fang' looking parts in silver instead of bone, which was my original idea. 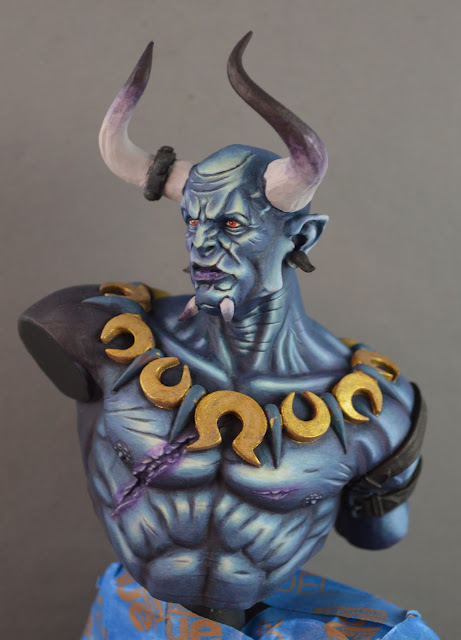 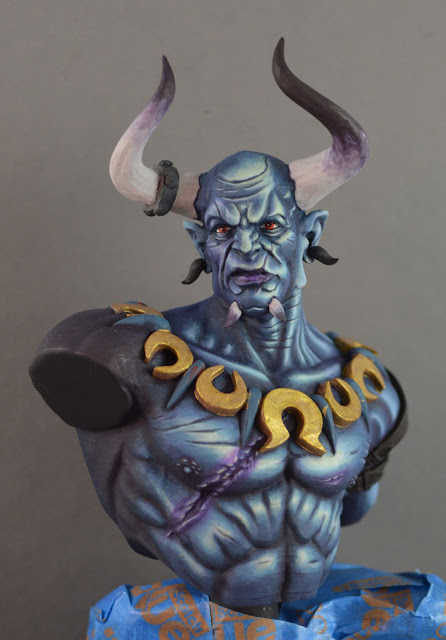 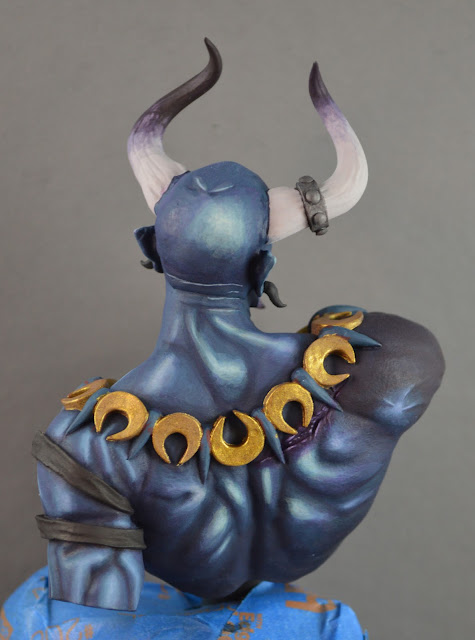 Posted by MiniPainterJen at 4:16 PM