Today was a busy day at work, and when I got home I was not feeling up for working on something that I was going to want to put a lot of actual effort in to. So, I pulled something simple out of the Bin of Pre-Primed Minis. This figure is from one of the Reaper Townsfolk sets. 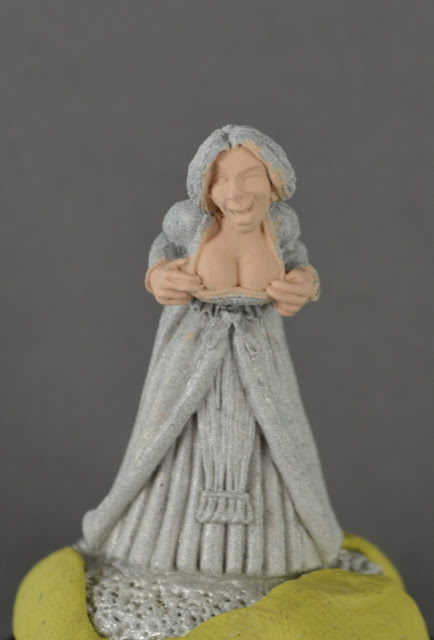 That is some attitude right there.

I've decided to paint this figure using entirely paints from the shiny new Pathfinder Paint sets Reaper is producing. It will add a little challenge in that it's a more limited set of colors, and they are not handily set up in triads. So, there's no obviously called out shadow color for that skin tone; I'll have to get a little creative to select (or mix) suitable tones from what's in the set.

I did want to get some work in on the dog, so I did a base coat on his fur. 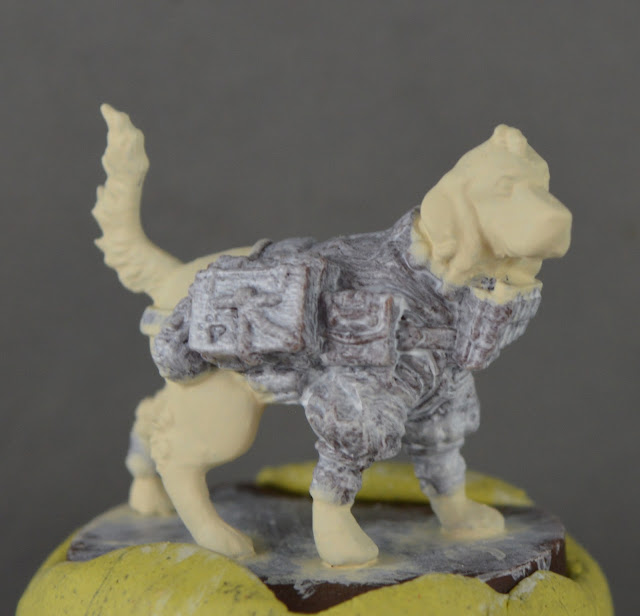 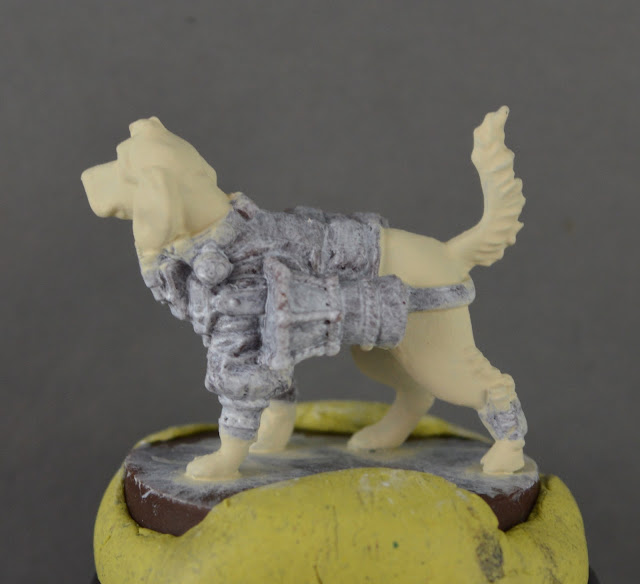 Posted by MiniPainterJen at 6:13 PM