So I have been working on stuff this week, I've just failed to post.

I got the demon bust attached to his base. Then I covered the base with tape so it wouldn't get paint on it while I worked on him. I realized about half way through the process of putting tape on it that I should have got pictures first. :p 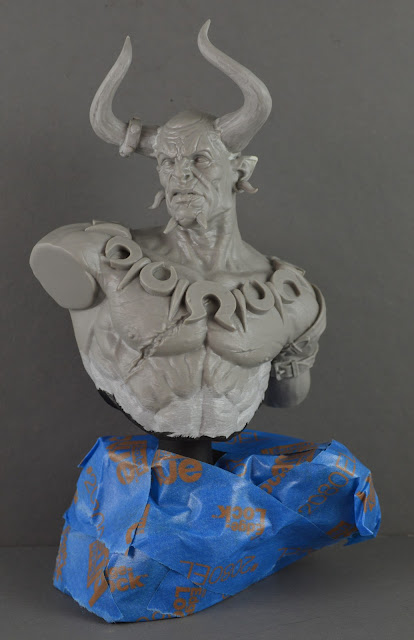 He has armor pieces for his shoulders, and here's what he looks like with those in place. 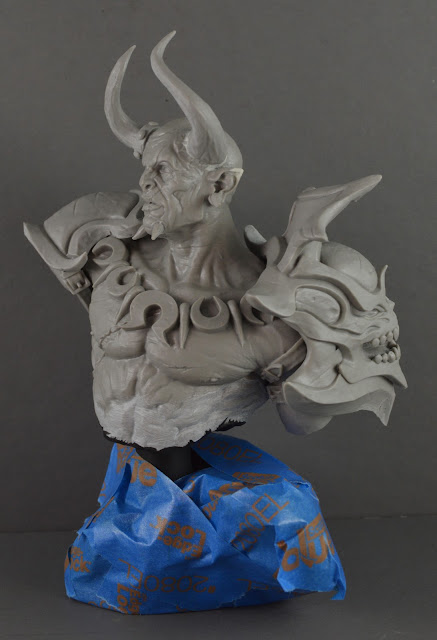 I'm going to use the one on his right shoulder, but probably not the one on the left. The big chunky face looks kinda silly to me.

Then I primed him, and tonight put on a base coat with the air brush. 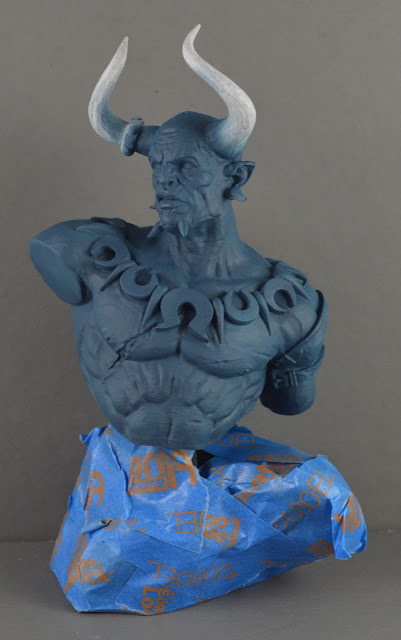 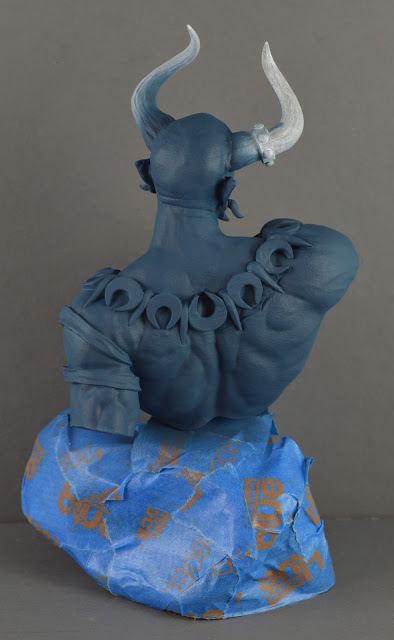 I'm not sure where I'm going to go next. I mean, I know I'm going to work on his skin, but I'm debating whether I want to do shading over the whole thing, or do something like focus on his face and get that completely done, then move on to another area.
Posted by MiniPainterJen at 5:49 PM