So I've been working on Takhi's base, mostly planning layout and practicing techniques. Here's a shot of a potential composition. 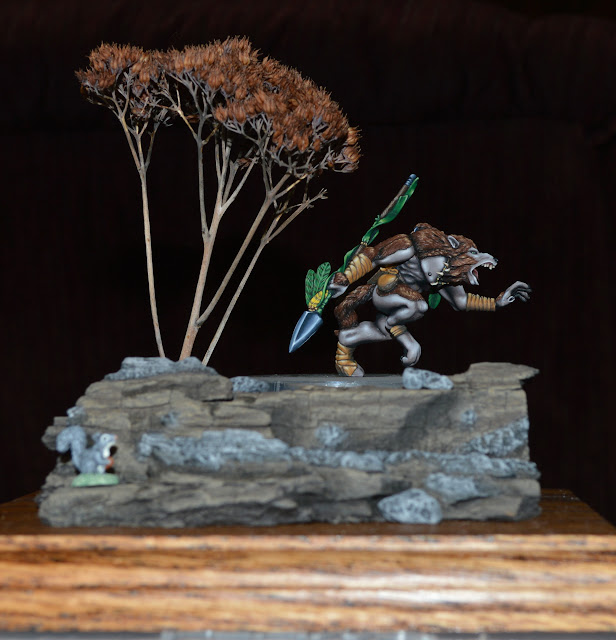 Takhi is behind the base rather than on top of it, so he will look bigger in the final composition. That's a squirrel on the left. I will not be using that actual squirrel, it's just there for test purposes.

Here's the base with some additional rocks glued on. 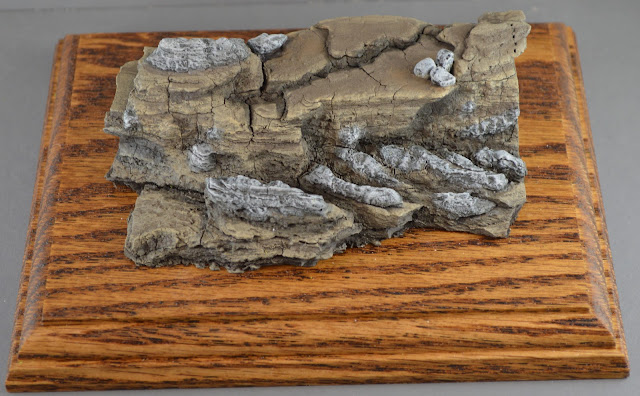 This is the vegetation I'm thinking of using as a tree after it's been painted. Not too bad, eh? 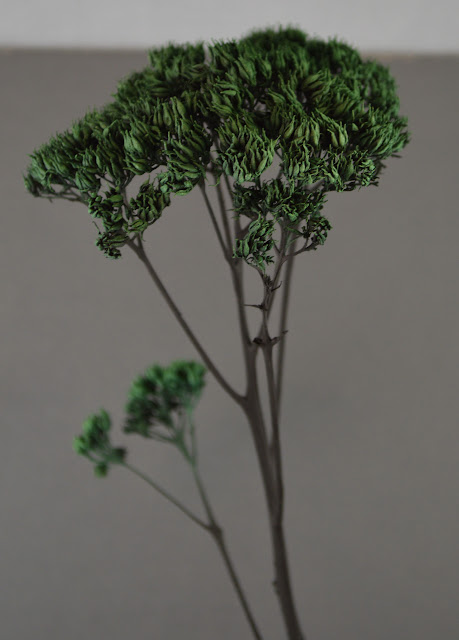 And these are test boards for moss. It's texture that's glued on to the base and then painted. The one on the left is painted; the one on the right is just glued and waiting to dry. The surface is a mix of two different sized flocks glued on with Elmer's that's been mixed with green paint. I plan to put that moss over a large part of the base. 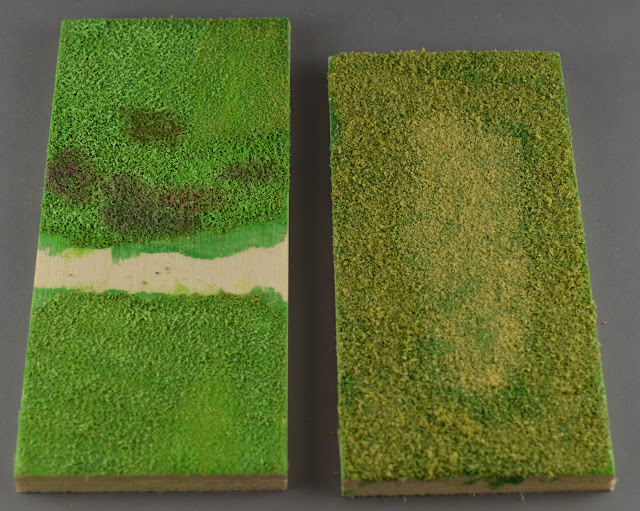 Last, I got in a little progress on the hunter. I've highlighted his skin and did a bit of smoothing. Not a ton; I'm not trying to make him a super smooth competition piece. But I am liking the way he looks. 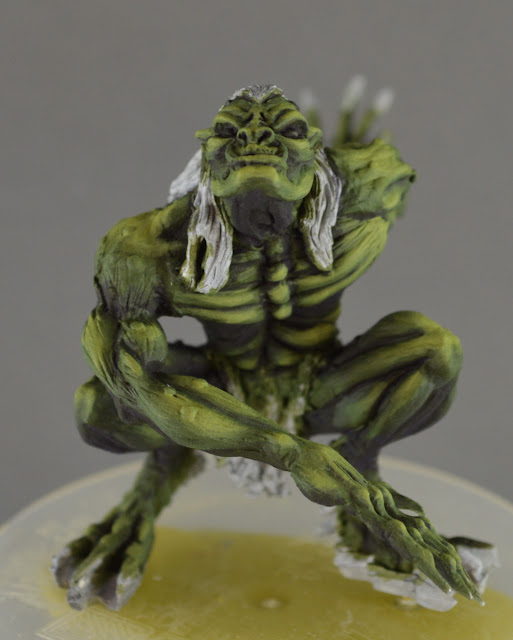 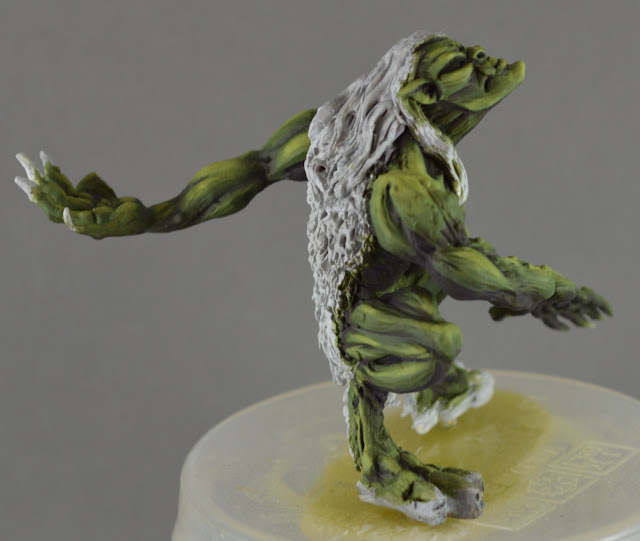 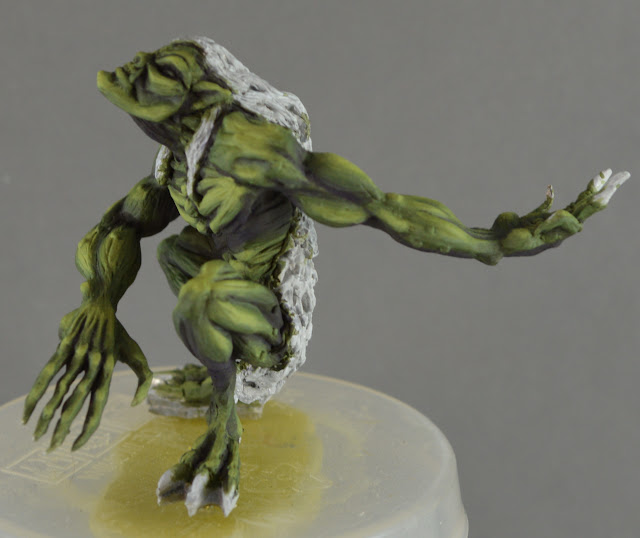 Posted by MiniPainterJen at 1:42 PM