Here's Takhi with his base finished and everything put together. Done! 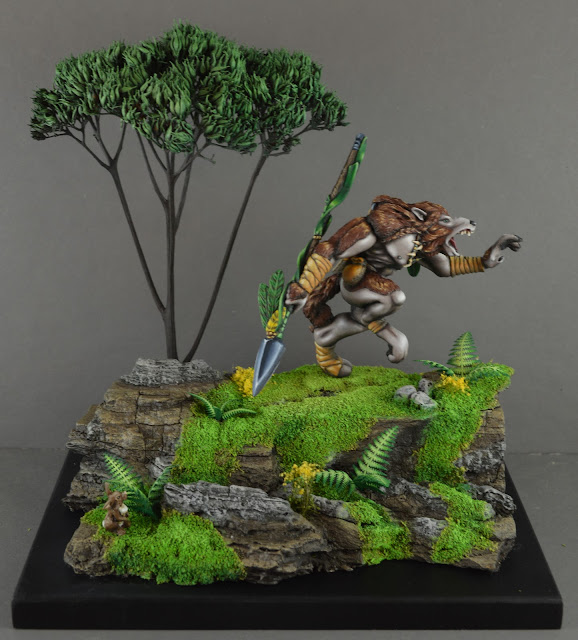 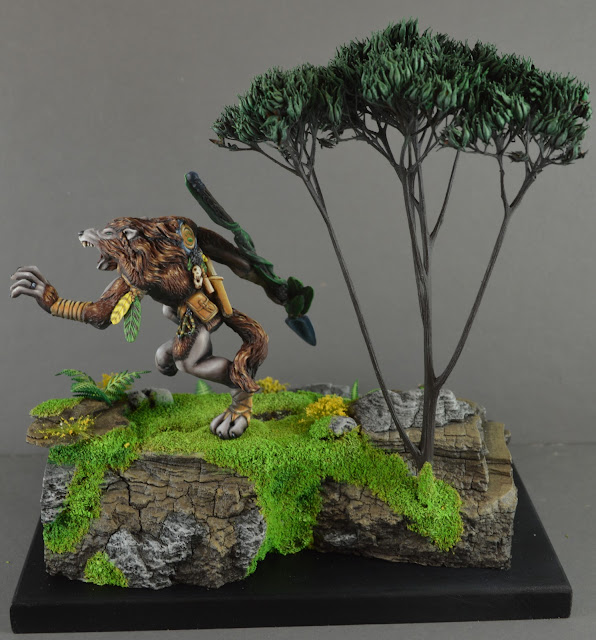 I am a little concerned that I didn't do enough with the back side of the piece, but...the back is pretty vertical there. And either way, I need to move on to other things. He's done.

Speaking of other things, my next major project will be a diorama I intend to put in competition at ReaperCon, if I finish. It's going to be a kneeling woman facing a woman on a throne - both Reaper figures - with the title 'Fealty'. Tonight I started cleaning up the kneeling woman, which included removing her integral base. That was a pain, but it could have been way worse than it was. 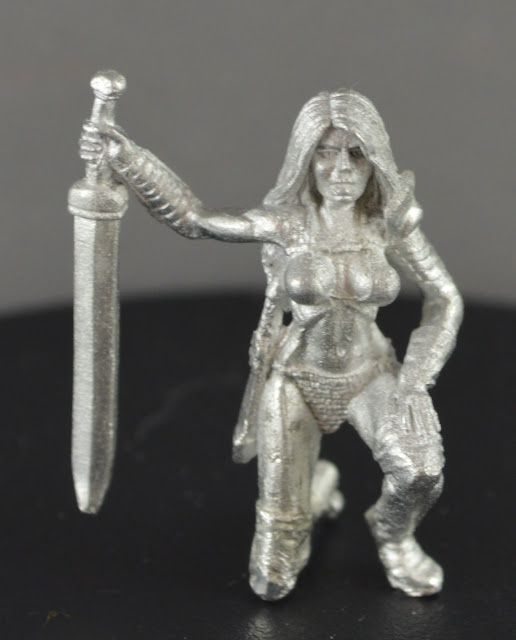 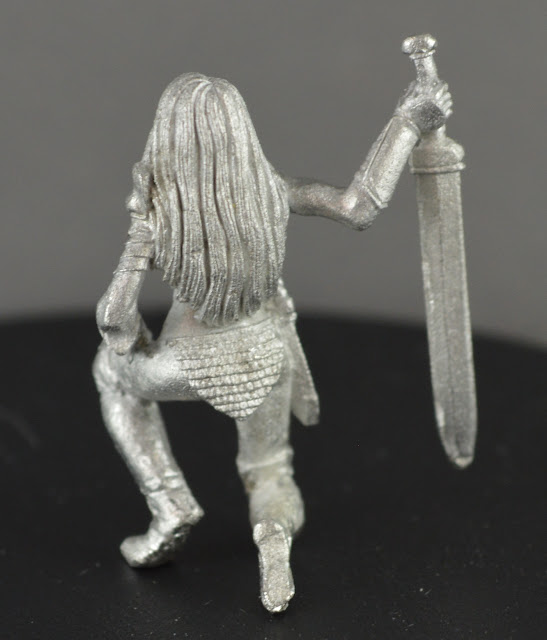 I have some Green Stuff work to do around her feet and lower legs where I cut, trimmed, and filed away the base. There's some reshaping and filling in that needs to be done. I also need to lengthen her sword. With the original base, it reached the 'ground', but I think that's because they built the base up to meet it.

And lastly, there's this guy. A friend of mine has a Captain America figure he wants to paint, and wants help with the metallic reds. I haven't really done metallic red, so this is the first of a few experiments on how different techniques come out. This will be TMM with red metallic. I put a red undercoat on there, and then the RMS Ruby Red red metallic paint. Heck, with good lighting it's not terrible just like that. 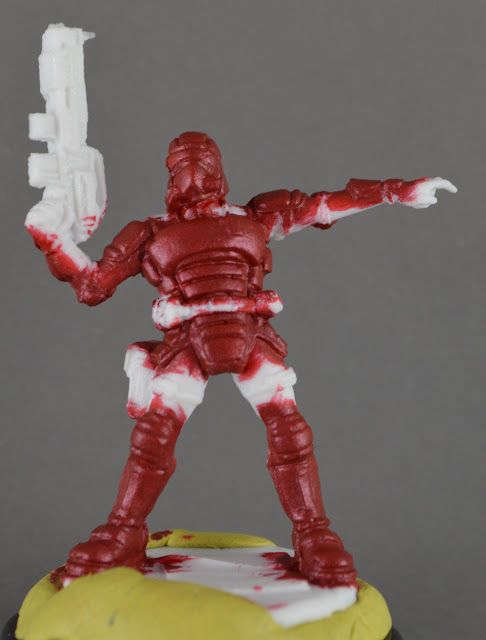 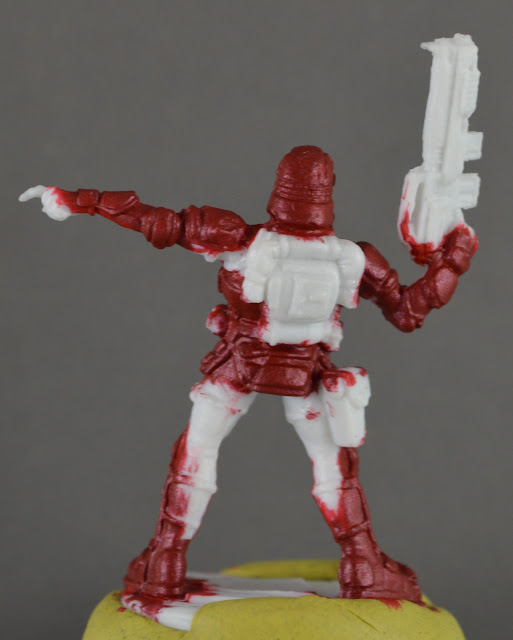 Posted by MiniPainterJen at 6:11 PM