So, turns out that they are wrapping up the painting contest at Adepticon on Sunday. I'm going to be on a plane on Sunday, which will be a bit of a problem for picking up my entries. A friend has offered to get them for me and ship them home, but I don't want to make him have to deal with Himiko the Delicate and the diorama with the hunter, which will end up being very heavy and difficult to ship.So, I'm rethinking what I'm going to use for contest entries. I expect to make a decision this weekend.

In the meantime, remember Trista? I've finished her face. Hair and eyebrows will be next, though I might also need to touch up her eyes a bit. Looks like I lost the whites of her eyes in the corners. 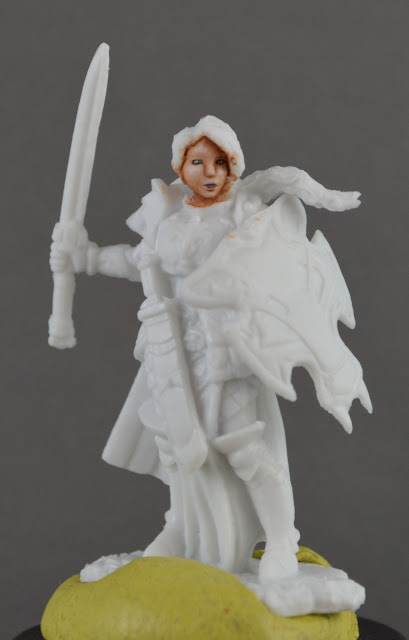 Posted by MiniPainterJen at 5:50 PM