So, I started with priming Jaheda today, and found the primer beading right up, even after she'd been washed. So, the resin which yesterday was so well behaved...today, I am less fond of it. So, I decided to try out some airbrush primer I bought a while ago. That went on without beading, but has two other problems: the surface it's created is a little rough, and it's rubbing off very easily. I think the rub off issue isn't the primer, it's the resin. Next time I do one of these minis I might really have to scrub them rather than giving them a good swishing in soapy water.

Anyway, I have decided to proceed. If it works out, great. If not, I'll just be down a competition piece, which will not be the end of the world. I've started on her face. Need to fix the shape of her mouth and finish the eyes and eyebrows. Then figure out what the heck I'm going to do for a color scheme on her. 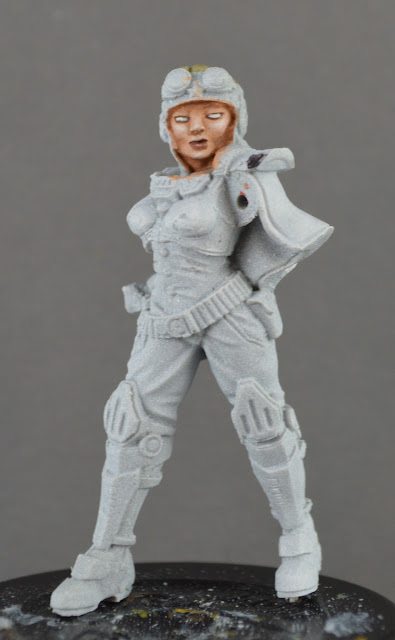 I didn't forget Trista, though I didn't do a lot with her today. I've put down a base coat where I expect to paint her armor and sword silver. She'll be a little funny looking until I get the metalics on there. 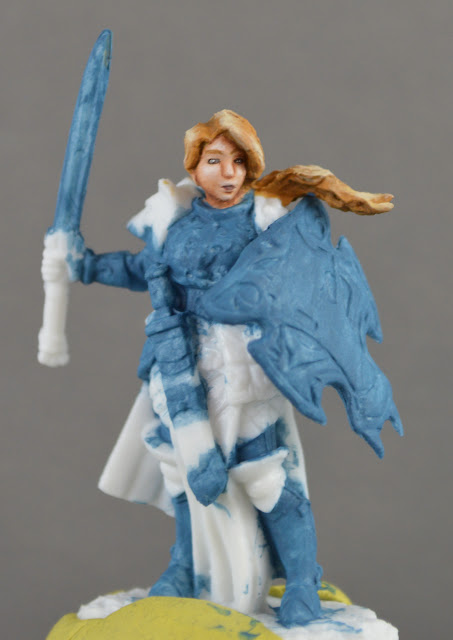 Posted by MiniPainterJen at 4:51 PM