So, here's my other project for Adepticon. He's going to be part of a diorama. It's a large figure - close to 54mm scale, so a large monster by normal scale. I'm going to put him in a swamp with a guy behind him handing him a scrap of cloth, maybe, like he'd be hunting by scent. 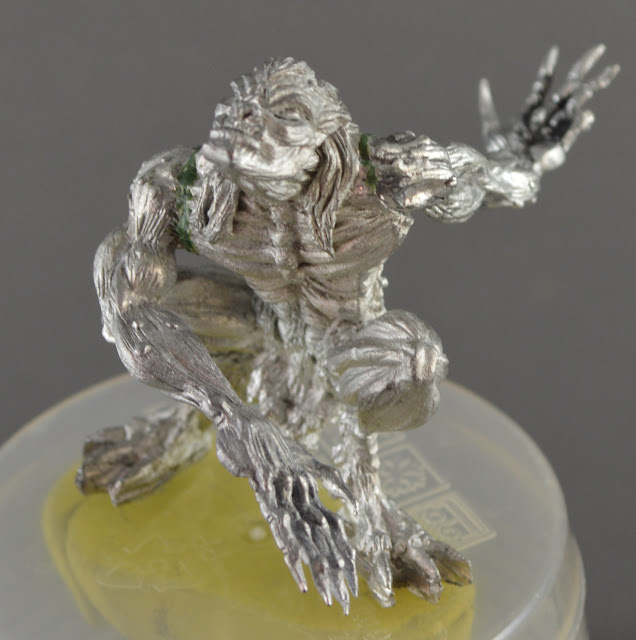 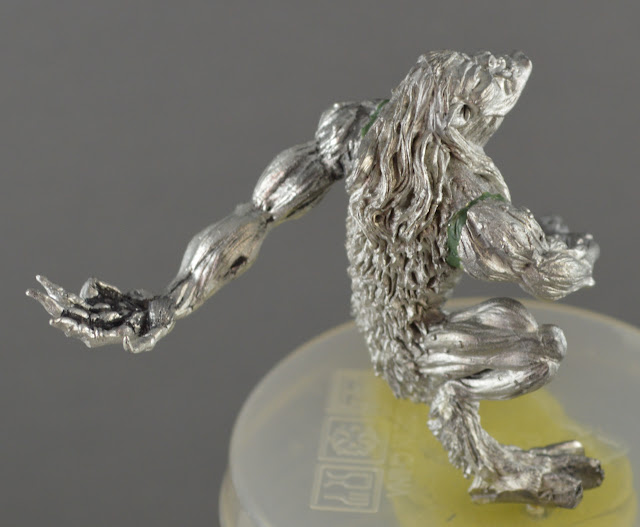 Since I spent most of my hobby time today patching and gluing this guy and Himiko, I didn't get much actual painting done. I did start my next Bones table top figure, Trista. I expect progress on her to go slow, as I'll be doing it as filler between other things. Such as, tomorrow I'll prime the hunter there, and then need to let him sit for a while...so, while waiting, I'll work on Trista. 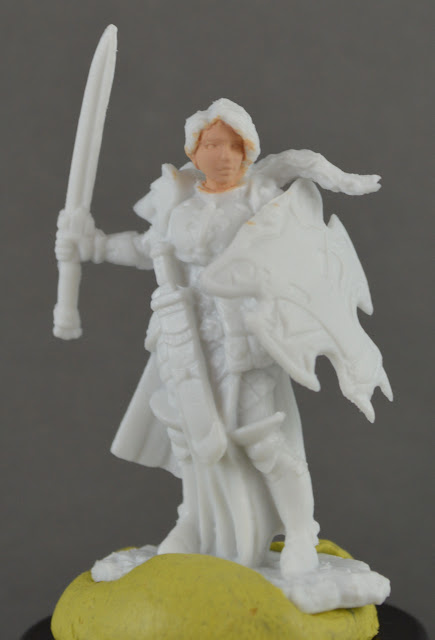 Posted by MiniPainterJen at 4:55 PM