So, I worked a bit on Larry. I upped a few of the highlights on his skin just a bit, gave him eyes, and did his eyebrows. Then I stopped, because I still hadn't picked a color scheme for this guy yet. Looks like I need to go back and smooth a few spots out on the skin, and fix the bright spot on his nose. Oh, there's some unfinished spots near the eyebrows; I think he's got gold rings there. 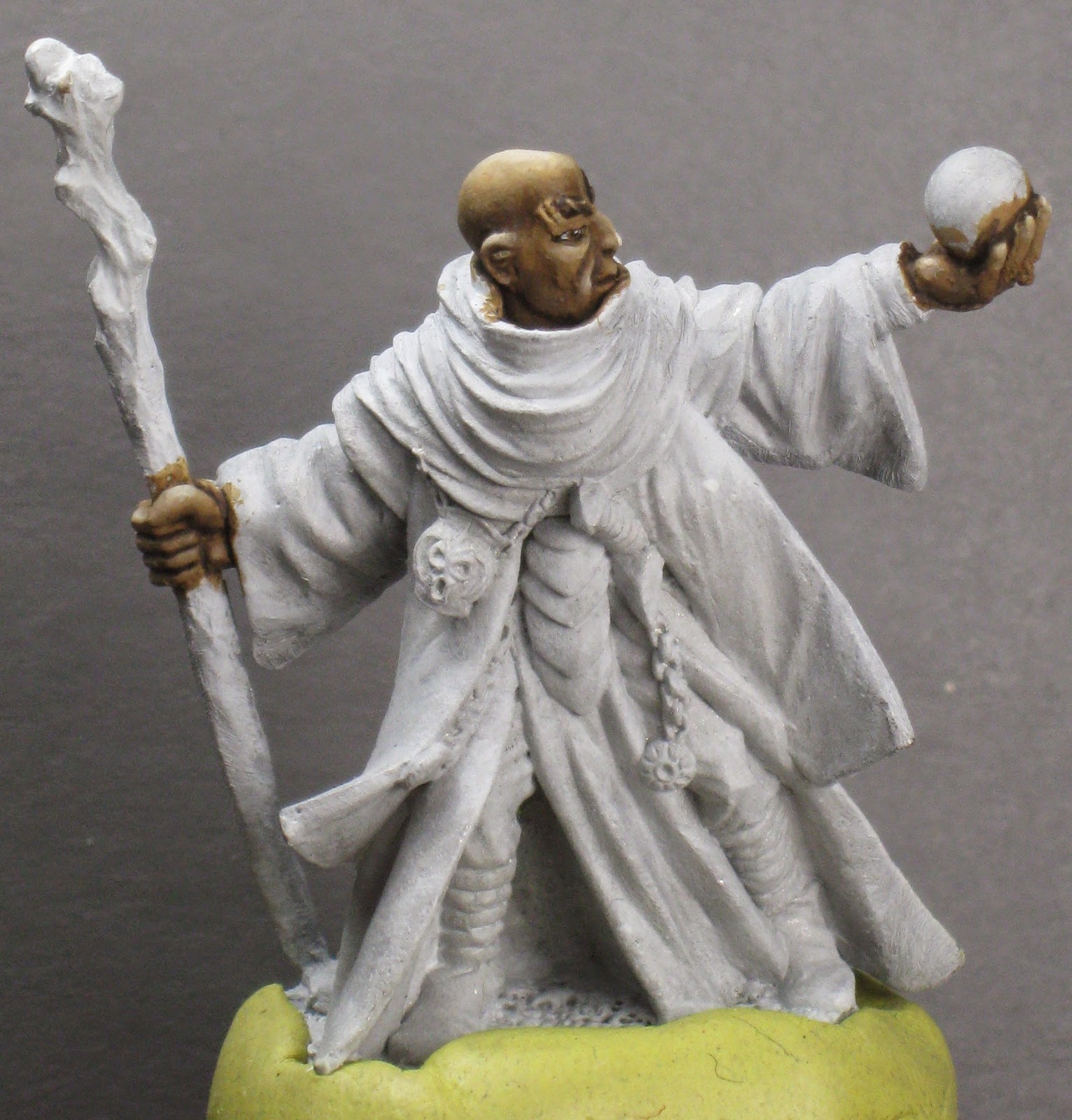 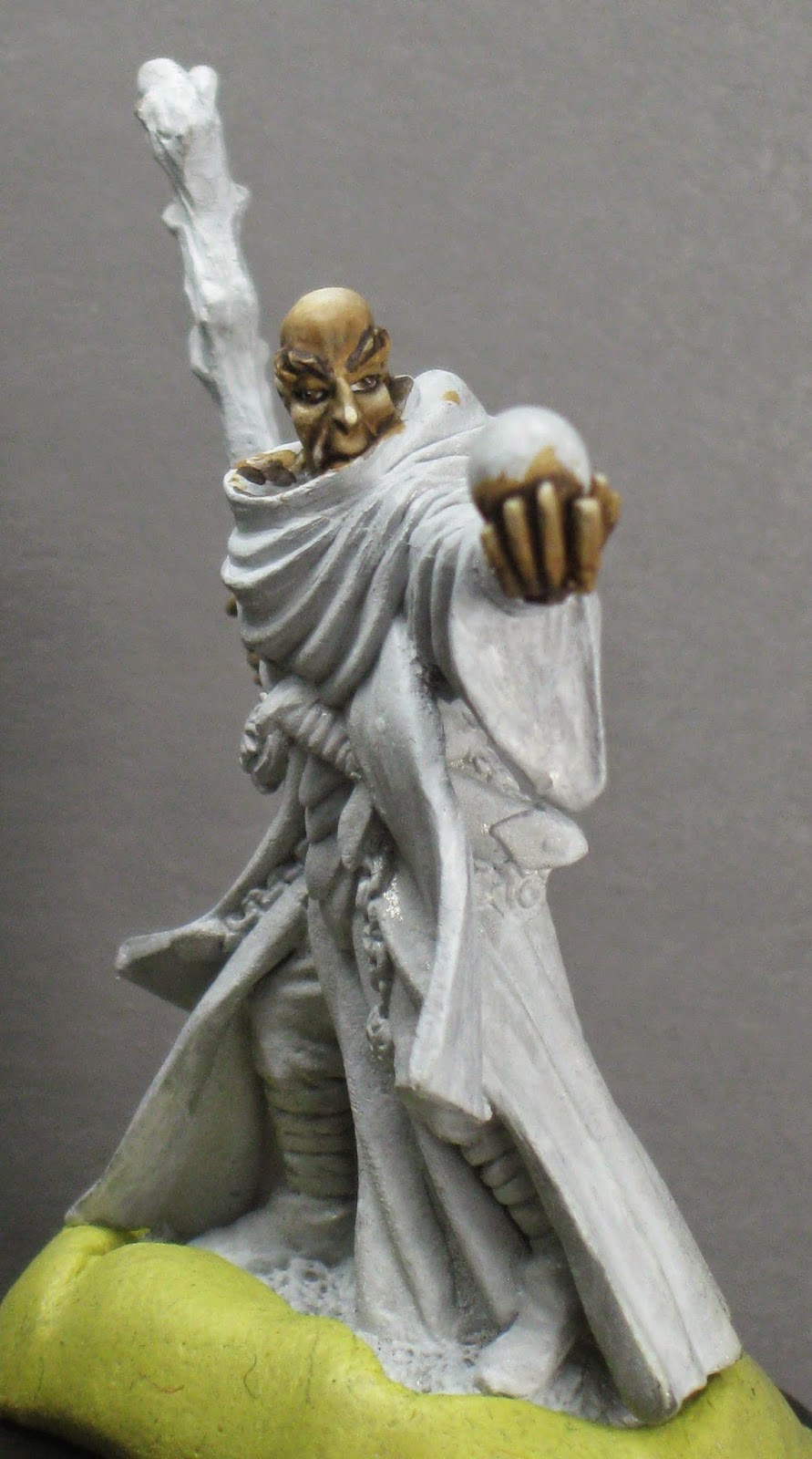 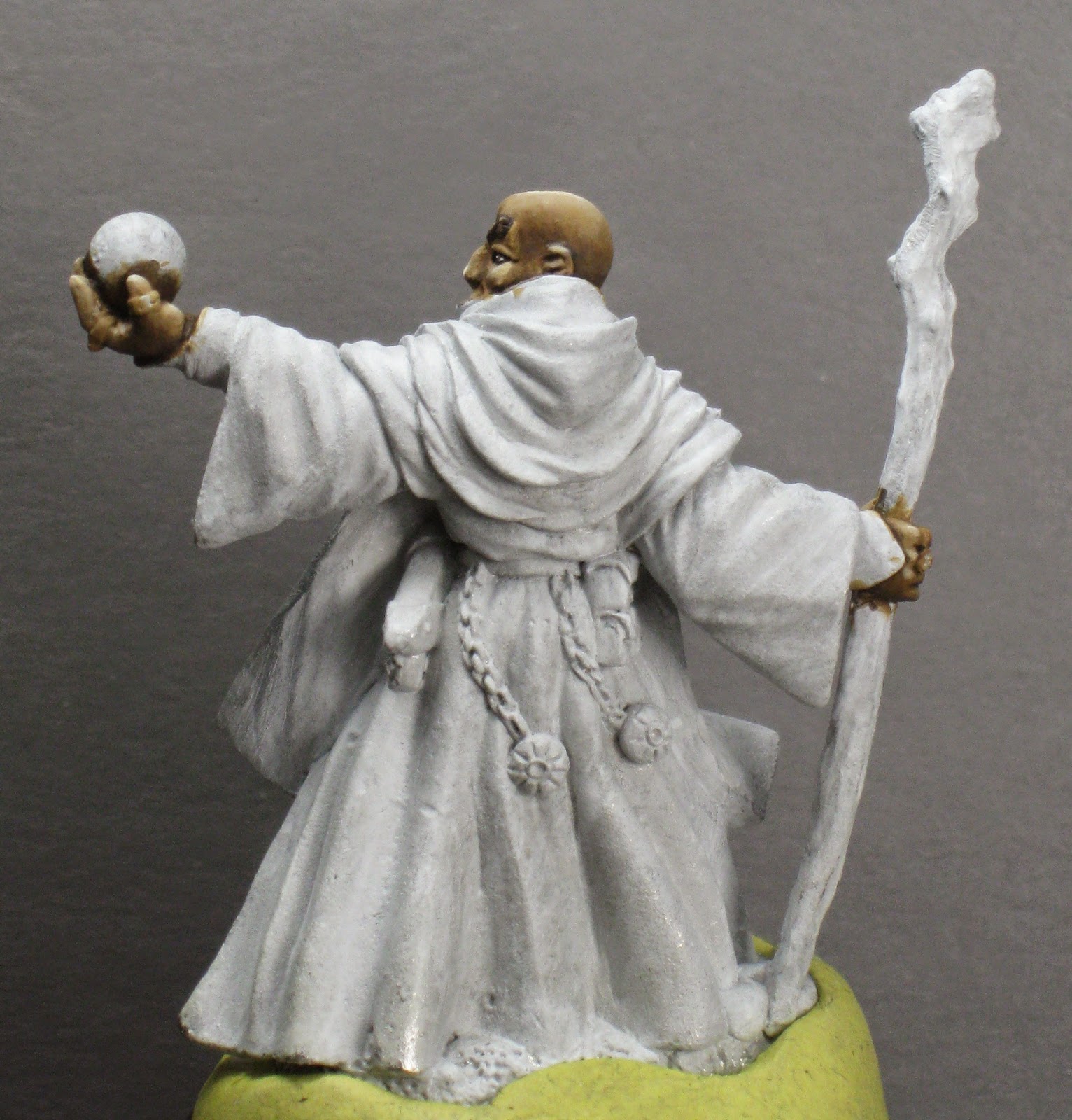 Once that was done, I wanted to work on color schemes. So, I opened the picture in Paint.NET, gave it a transparent layer, and drew in colors over top to get some ideas how things would go together. Now, because the colors were put on transparent, they look more pastel-y than I'd really use. But, it still gives some idea what it'd look like. 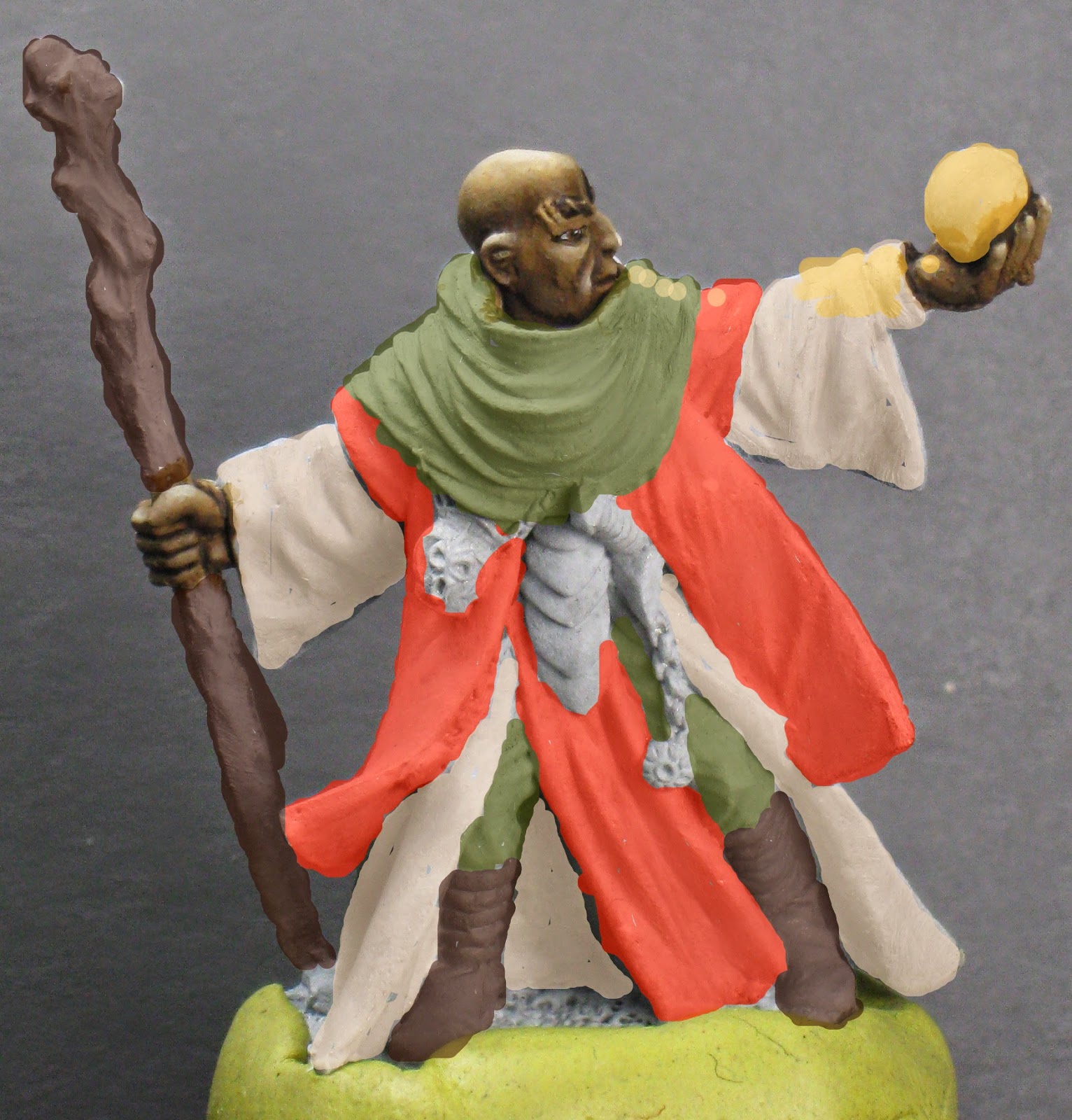 So, that's a beige robe with orange and olive wraps. The globe I'll try to make glow yellow. I'm going to give it some more thought, but so far I like the plan. Though, that chunk of beige robe between his legs, I might make orange instead of beige. The sculpt is a bit vague in that I think it could be considered part of the orange cloth or the robe. I think I want it to be dark because it's very much in shadow, and I think the orange base heavily shaded might work better than the beige base heavily shaded.

The next trick will be deciding what order to paint stuff in so that I'll have the least risk of slopping paint over finished areas.
Posted by MiniPainterJen at 6:42 PM