I started by layering black on to Karick's robe. 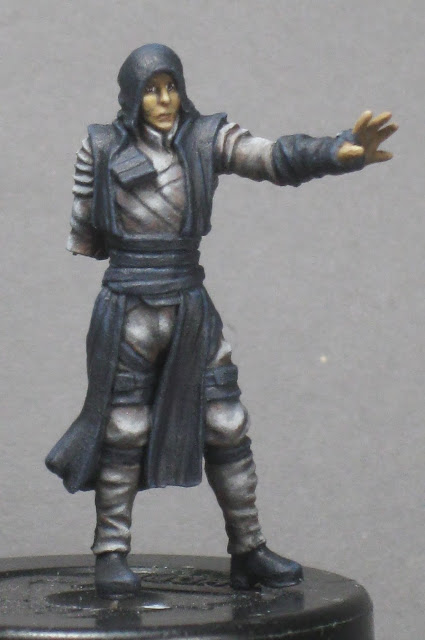 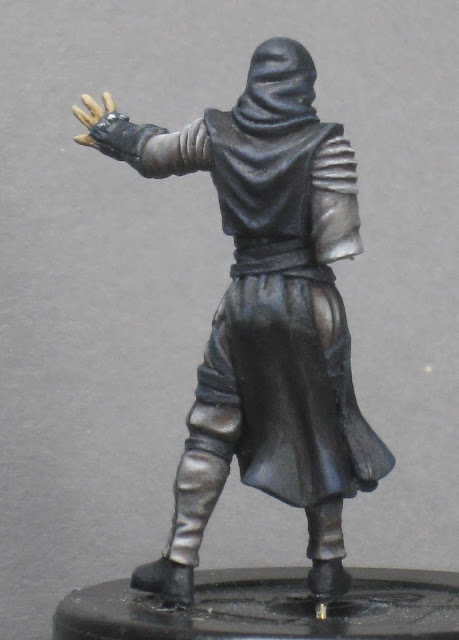 It was kinda of odd putting the black on. I was trying to layer it in everywhere except the highlights, which as it turns out is quite different from just putting a shadow color in where the shadows are. I don't think I did too horribly bad, but clearly it'd take some practice.

That being said, I wasn't thrilled with the overall look. It was still very blue, and wasn't coming out as deep a black as I wanted. So, I went back over the whole thing in black. I'll do it the way I usually do black, and try Laszlo's technique again on a mini that I don't have a strong idea in mind for.

Here he is with the black. 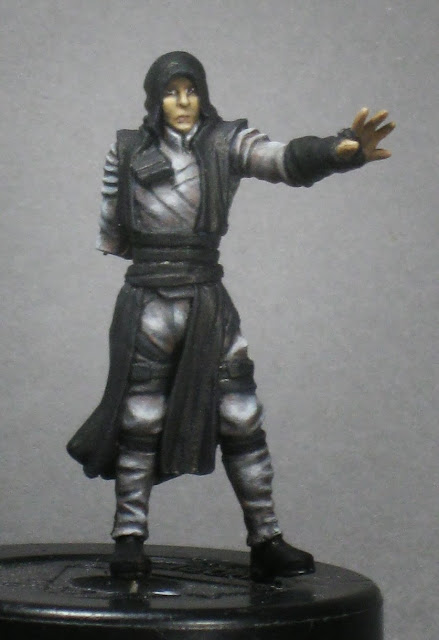 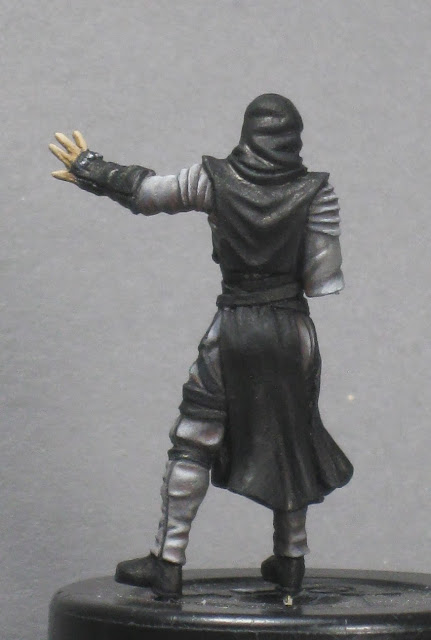 And, I had a little time left after, so I put a base coat on this guy. I'll be working on him behind Karick and the vestal. 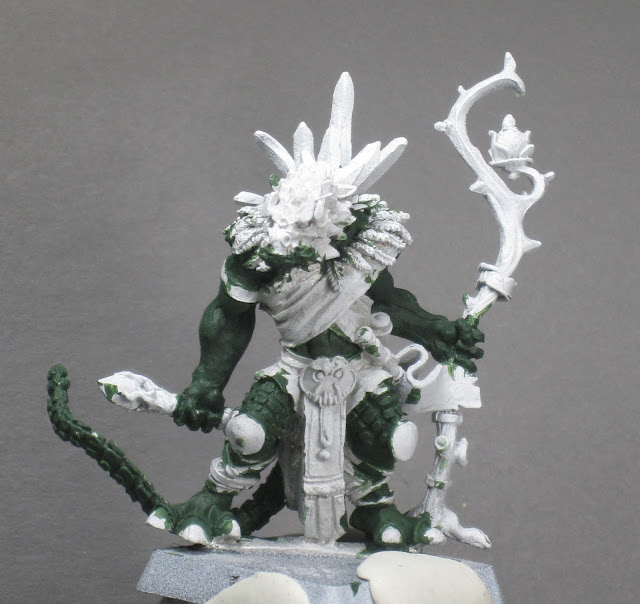 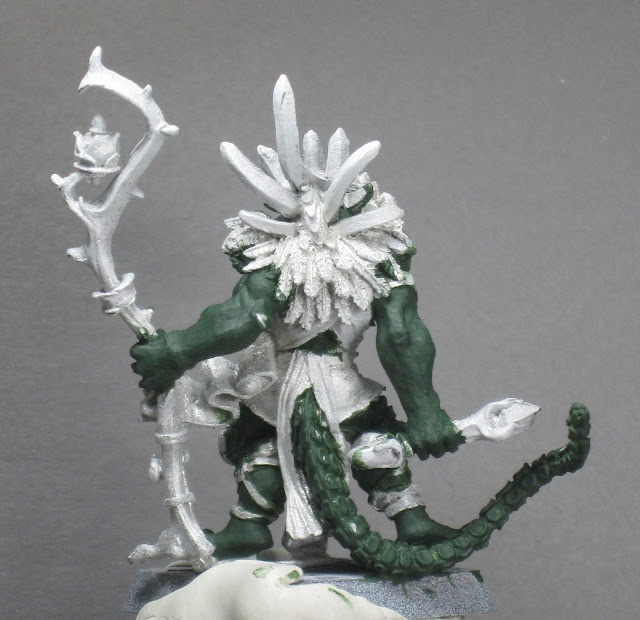 Posted by MiniPainterJen at 6:33 PM