So, even though I have a couple things in progress, today I started new projects. More sculpting than painting, too.

First of all, another armature for a practice dummy. This one is done with brass rod instead of silver wire. There are two reasons for this - first and foremost, I'm out of silver wire and need to get some more. Second, I had some trouble with the silver wire bending very easily as I was trying to work on the piece. This stuff is a little stiffer, so maybe it won't have that problem. Now, I've found I can do a practice dummy in two passes - one for the sticks, and one for the cloth. So maybe I can finish this one in two or three days. 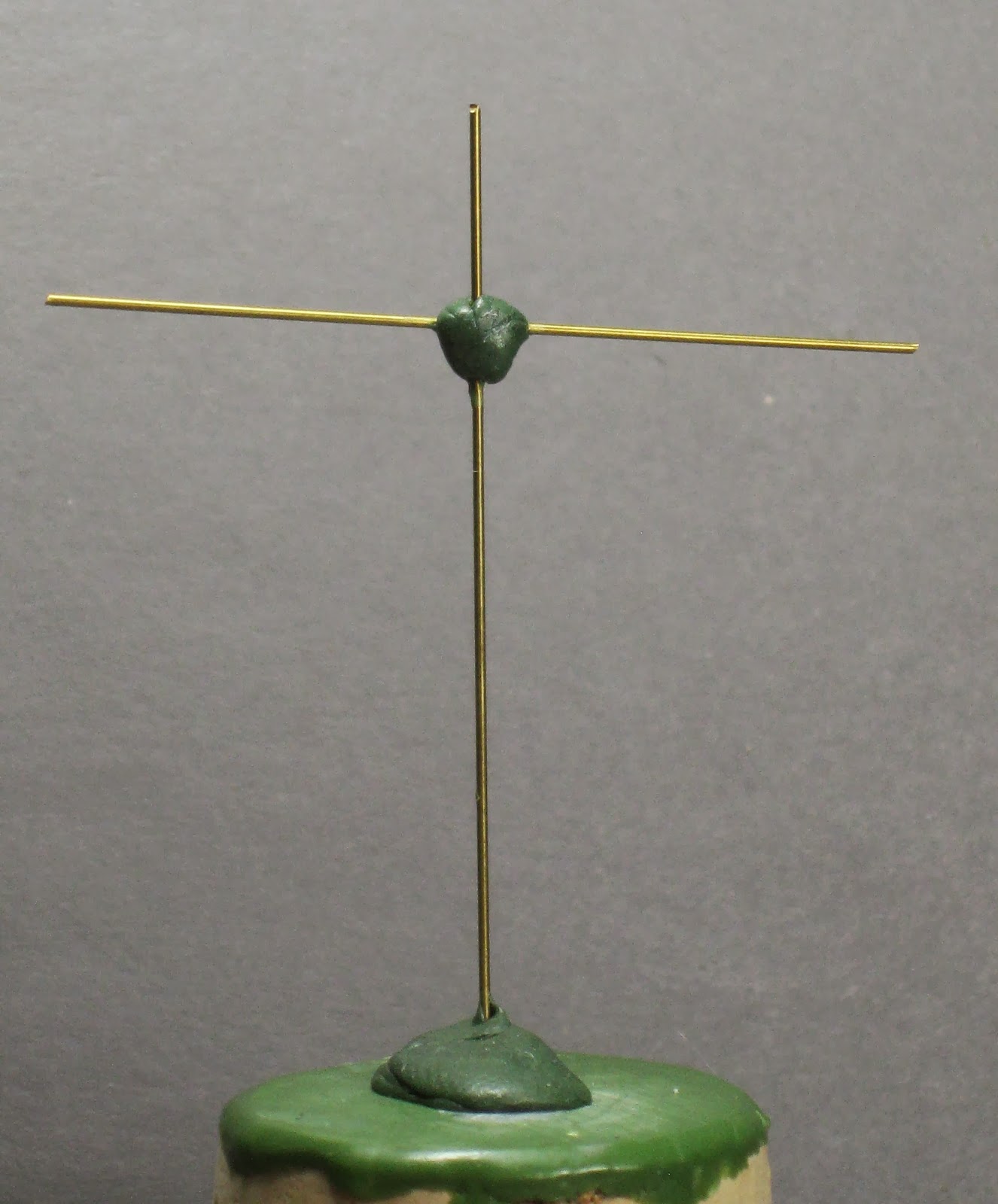 Since I'd mixed up a bunch of putty, I decided to try out making a base insert. It's meant to be a wood plank floor. Once it's cured, I'll trim it down to fit in a one inch square base. By doing it after the stuff has hardened, I can get a nice sharp edge on it. 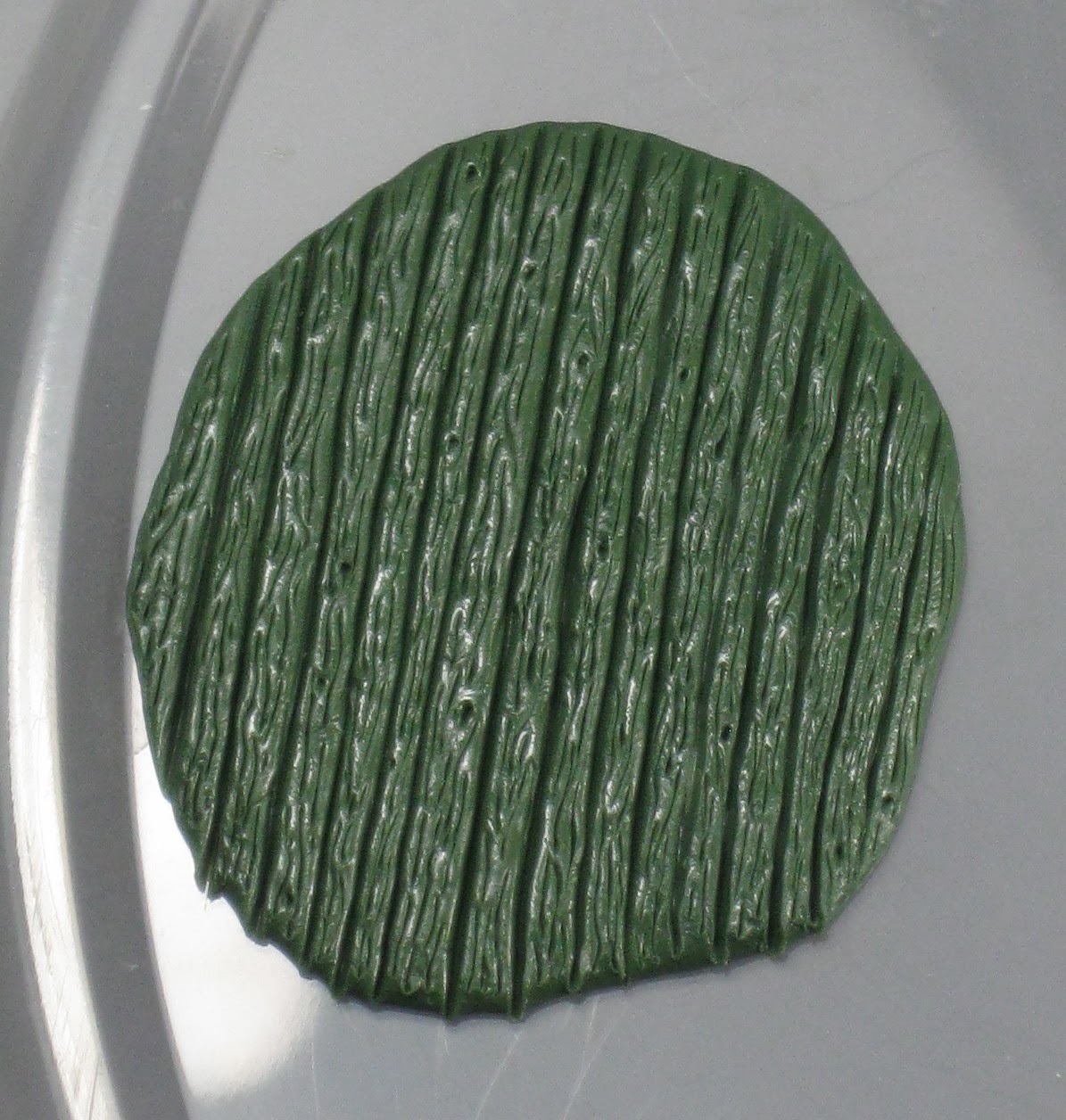 I also got out the airbrush and put a base bone color on this Reaper Bones giant skeleton. Not sure when I'll work on him, because I want to get on with the vestal and lizard man. But I did want to brush the dust off the airbrush and practice with it again. 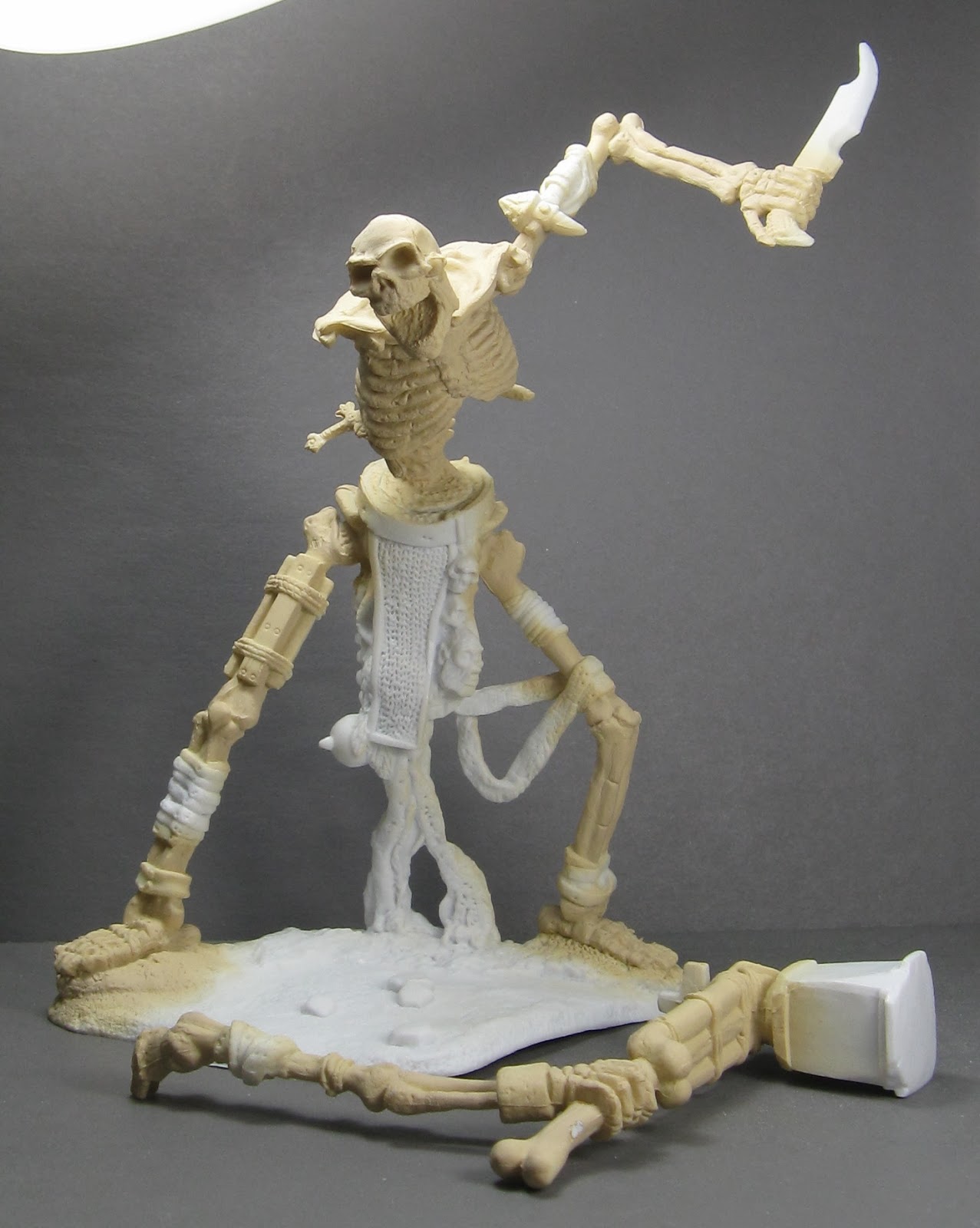 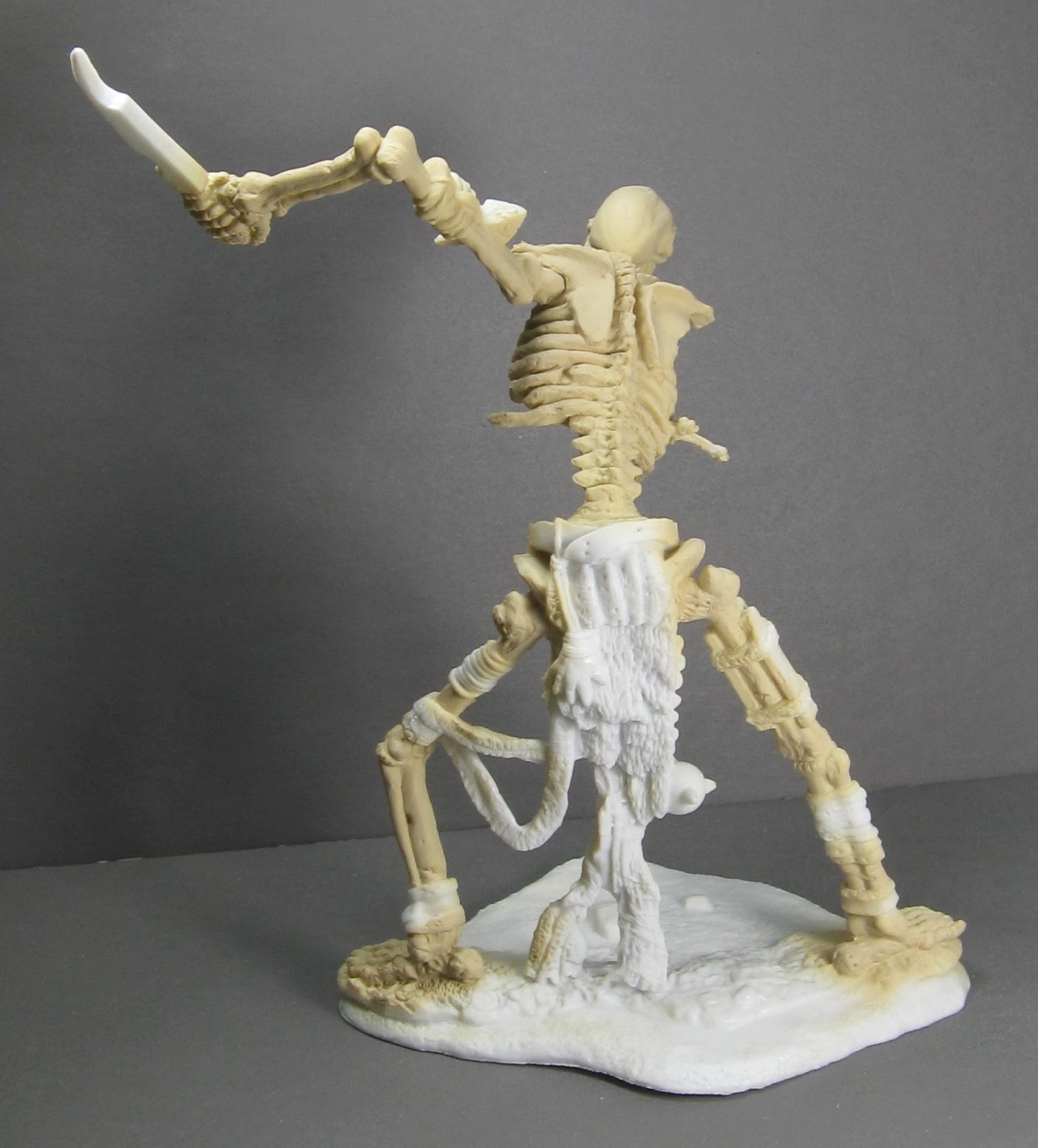 There's a lot of neat details on that guy...places where his bones are splinted together. There's a sword stuck in his rib cage. The club in the arm that I haven't attached to him yet is a headstone. So, it's a little more going on with him that just a skeleton with a rusty sword.
Posted by MiniPainterJen at 3:06 PM