Today I dropped everything and worked on a new project. I found a giant spider in my Shelf of Unpainted Monsters, and decided it looked like good airbrush fodder. I primed it yesterday and fired up the airbrush today. I put the brown base coat on with my original airbrush, and then used my new airbrush that's supposed to be able to do a fine spray to do the orange and yellow bands. 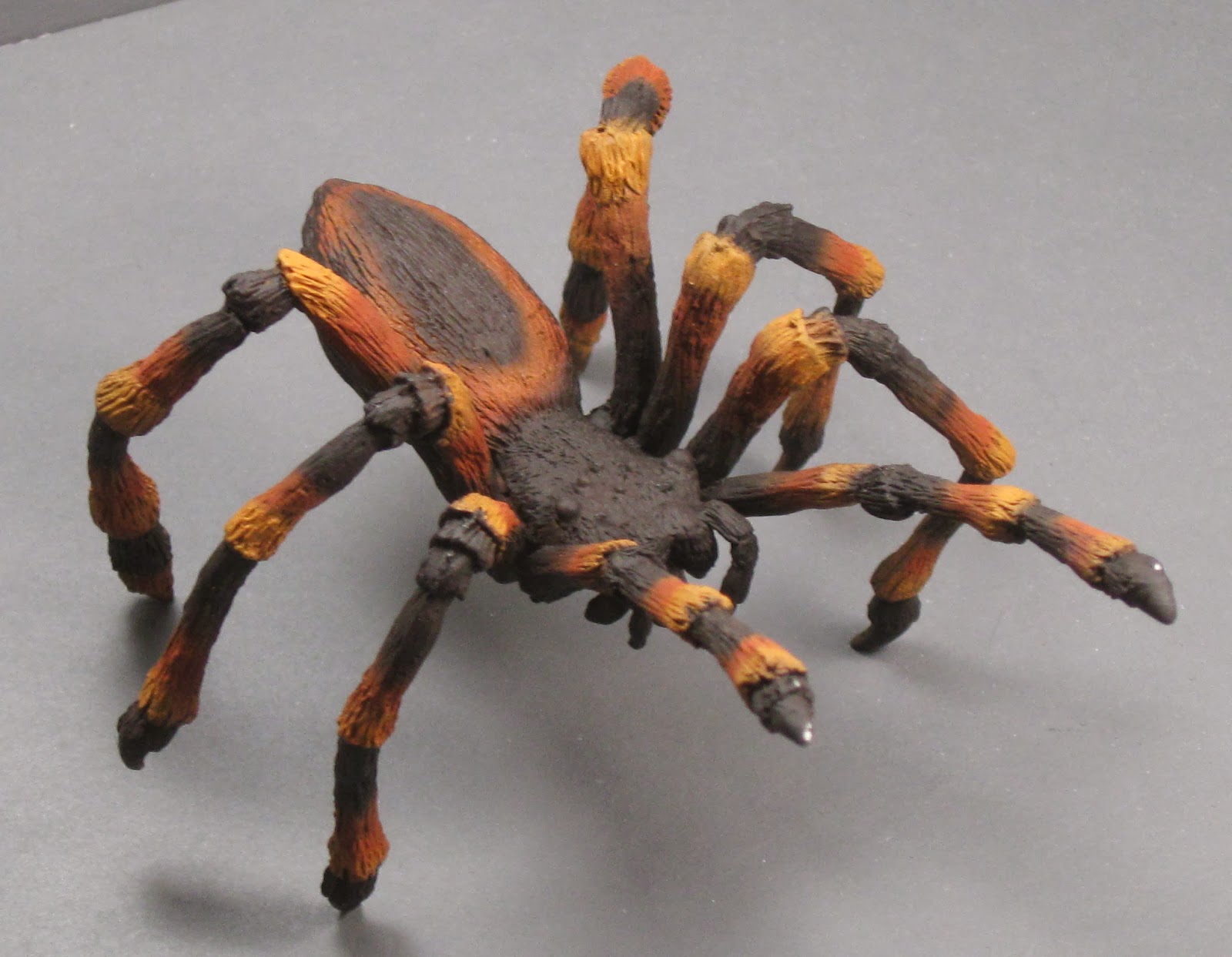 I wasn't able to get a much finer line out of the new airbrush than I'd gotten previously out of the other one. I'm not sure if that's just as fine as can be gotten from an airbrush, or if it's that I need more practice. I will keep working with it, maybe consult with an expert or two, and see what I can find out.

Still, I'm not unhappy with the result. I do need to practice, though. It took two or three rounds with each of the colors to get it that neat, and there's still some spots where I had over spray to clean up with a brush.

Here he is post detailing, and next to a human figure for scale.He's meant to be good enough for gaming, not a masterpiece. Overall, I think it took about 3 hours. Maybe a bit less, because some of that time was spent testing out the new airbrush on cardboard to get a feel for how it would behave. I'm also counting airbrush cleanup time in that. 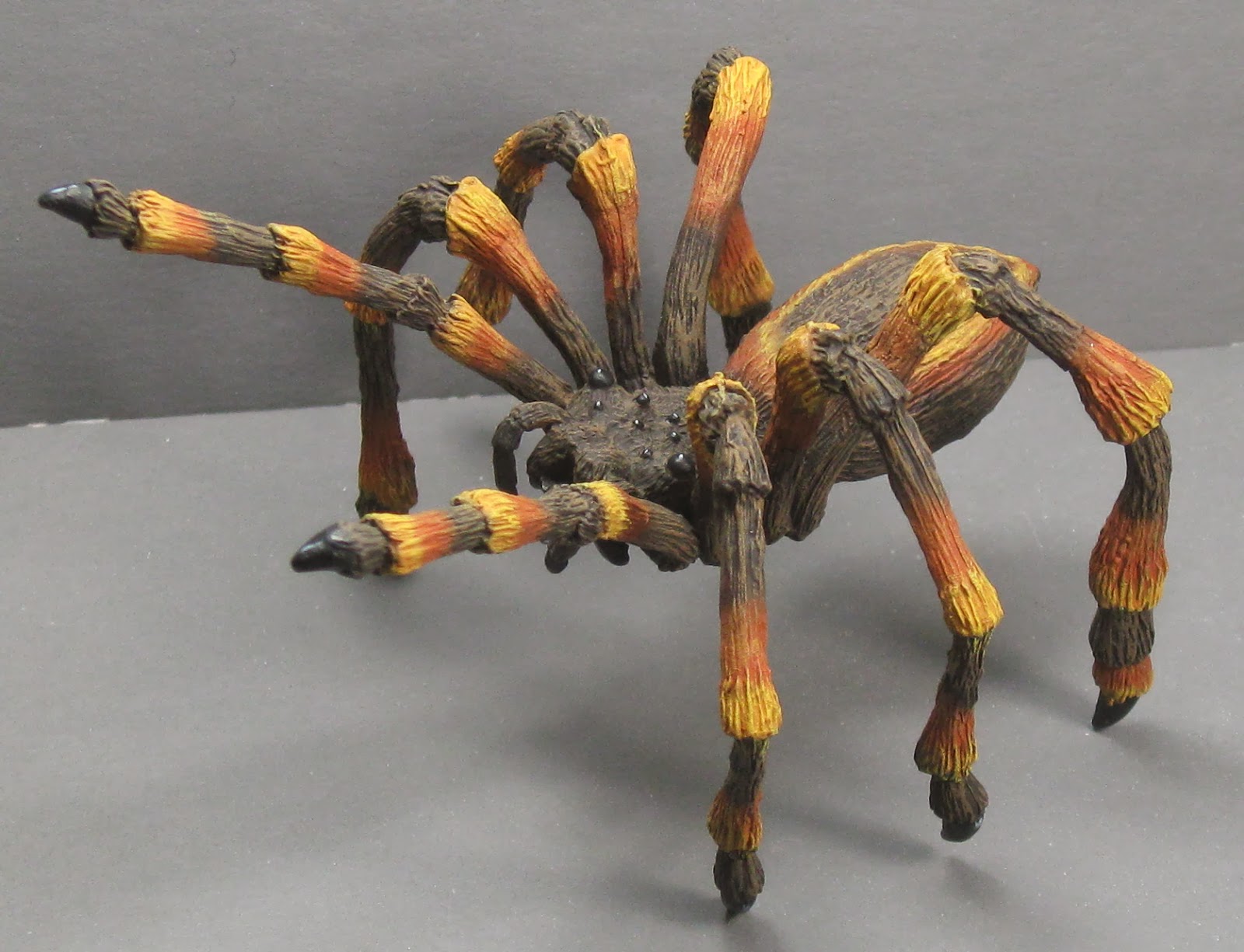 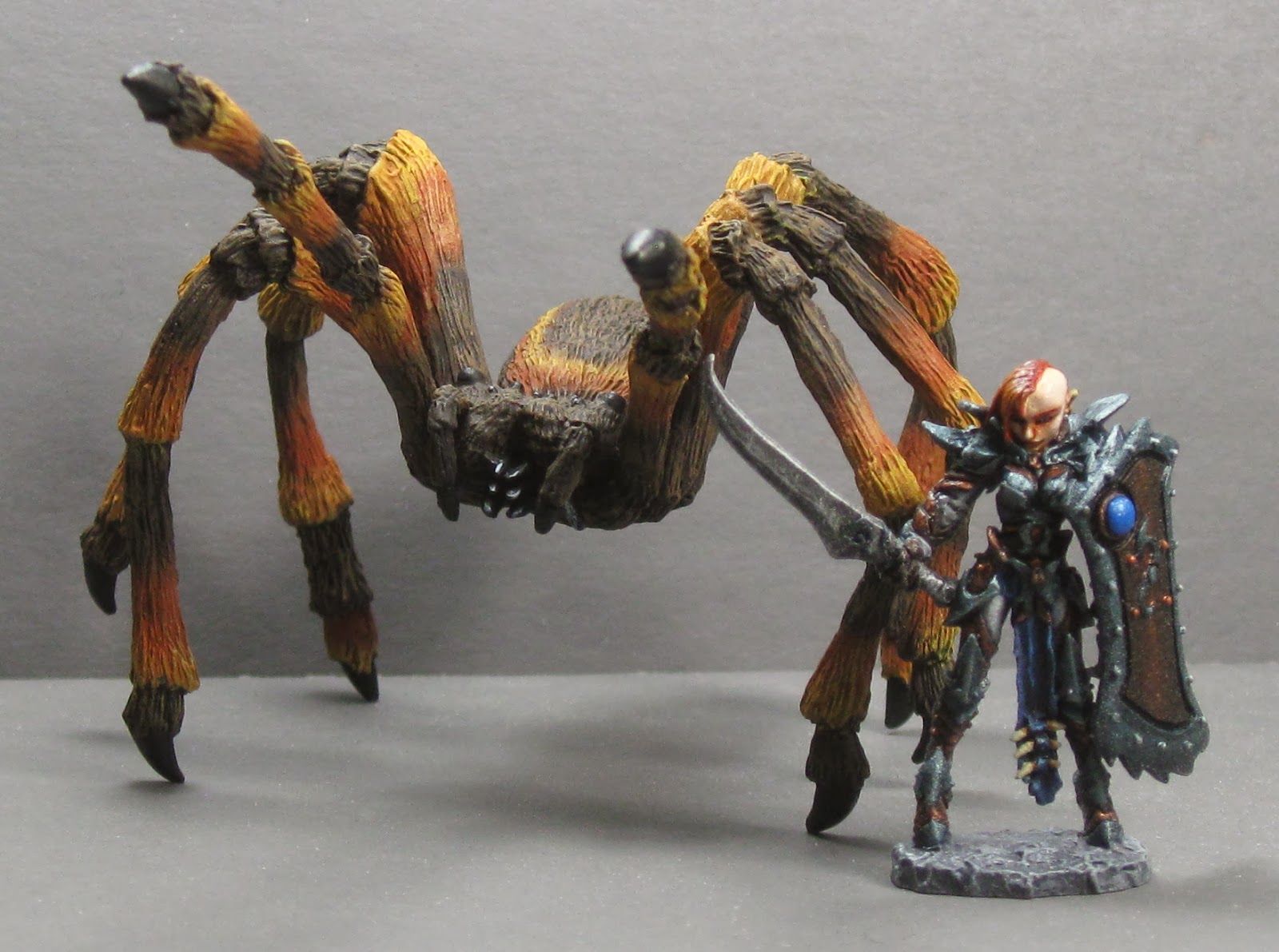 Posted by MiniPainterJen at 4:52 PM