I got back to <gasp!> painting figures today. I did shading and highlighting on the sorcerer guy I started a while back, and base coated the skin on the figure for the scenic base I've been building, who I'm going to call Vin. Even though I'm not going to paint her to look like Vin. 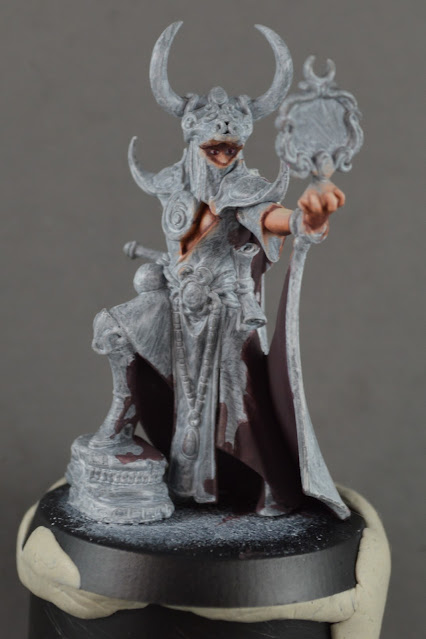 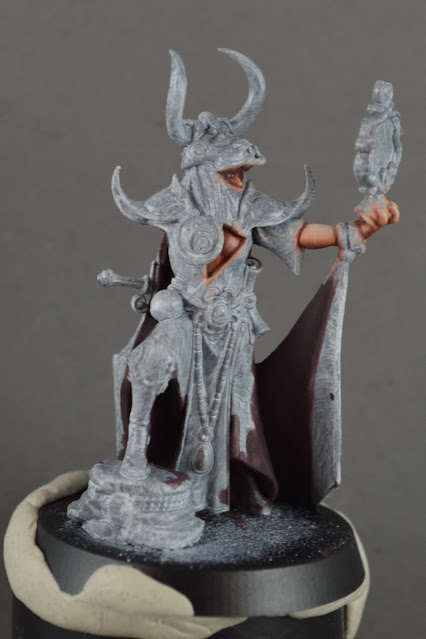 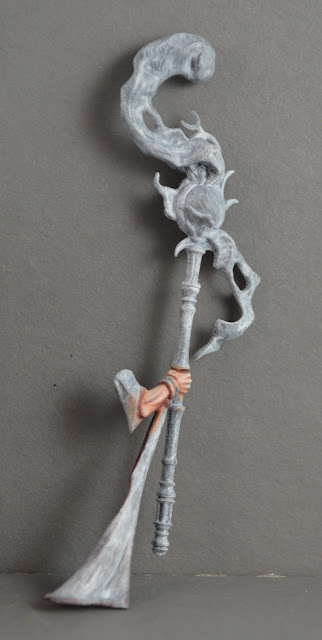 There's the sorcerer and his not-yet-attached arm. His eyes are not great. I'm also trying Scale 75 paints on this guy. So far, so good. I think they've got a little more vinyl than Reaper, but not a ton more. They also don't need nearly as much thinning to get to a level of transparency I like for blending, which is interesting. Generally I'm used to skin tones, particularly light skin tones, being pretty opaque. 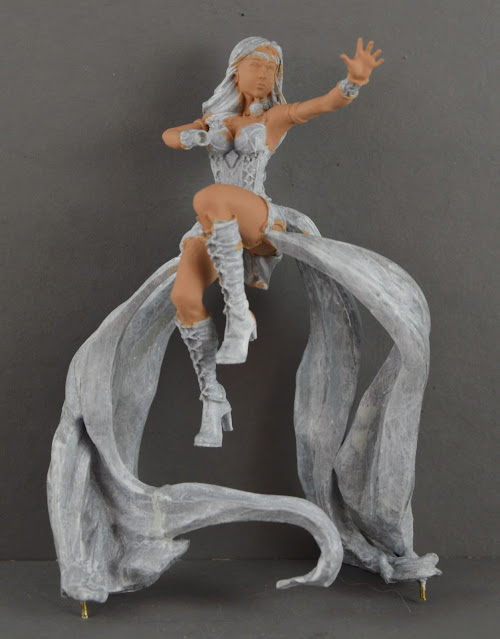 Painting her, I'm finding a lot more casting issues than I remember. Luckily, most of them are on hidden areas, so it mostly shouldn't show.

Posted by MiniPainterJen at 3:00 PM