After gluing the sorcerer's other arm on, it became clear it was going to need some putty on the joint. So, I started with that today. This dude is on the hairy edge of turning into a right mess. I'll need to re-prime and re-base that section of his robe, and there's going to be some texture to deal with.

I also got a first layer of shadow on Vin's skin: 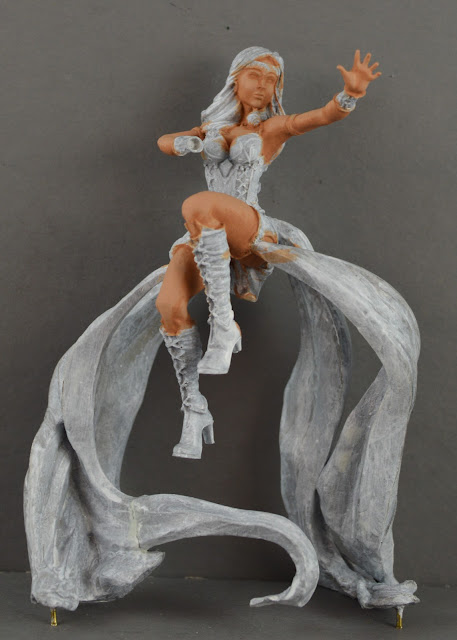 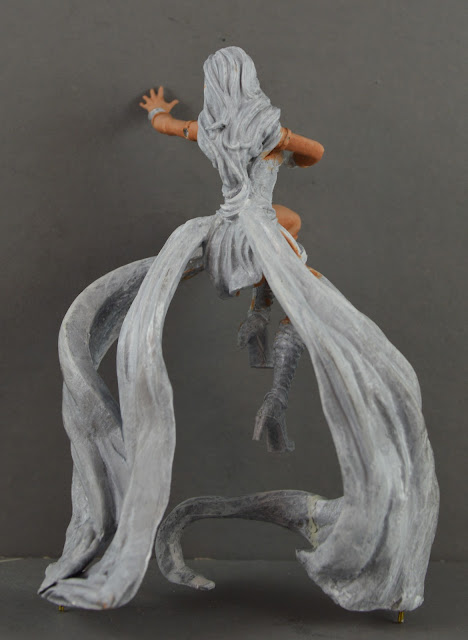 I'm going to have to come up with a solution for a holder for her.

And last, some new figures came in the mail today and there were a couple I felt interested in, so I cleaned them up and primer them. Because having a lot of projects going at once always works out for me. Totally.

These are going to be my 'when I don't feel like working on anything serious' projects. 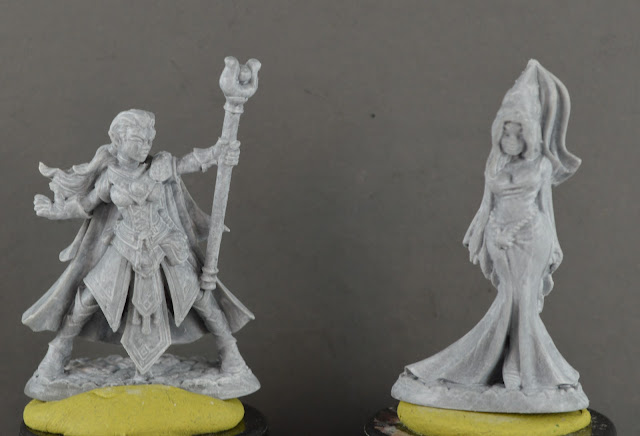 Posted by MiniPainterJen at 5:53 PM