I gave Jack his freckles, which I think has helped with giving him some depth. I also got shading and highlighting on his hair. I think it still needs some work, probably. I was being pretty fast and loose with the highlights, and also overdid the shadows. I started them with brown, which was fine, decided I wanted to get a cool tone in there, so went over them with a heavy glaze of dark purple, which was...too dark. I knocked it back with another heavy glaze of the base color, but I think it might still be too much. It's hard to tell; I might be getting to a point where I need to start roughing in other colors to see how it will all go together. 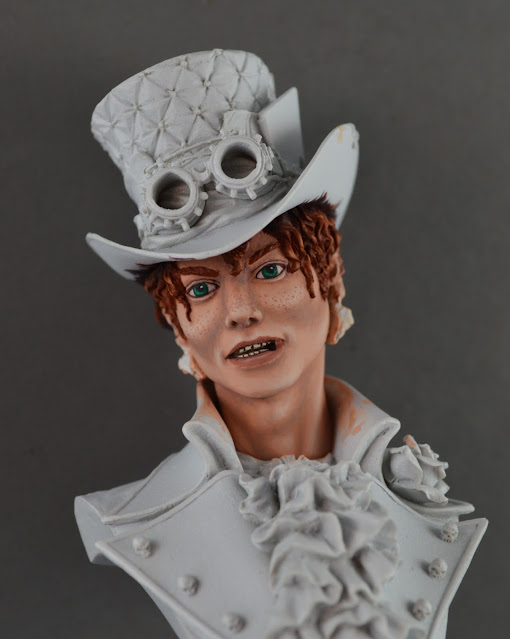 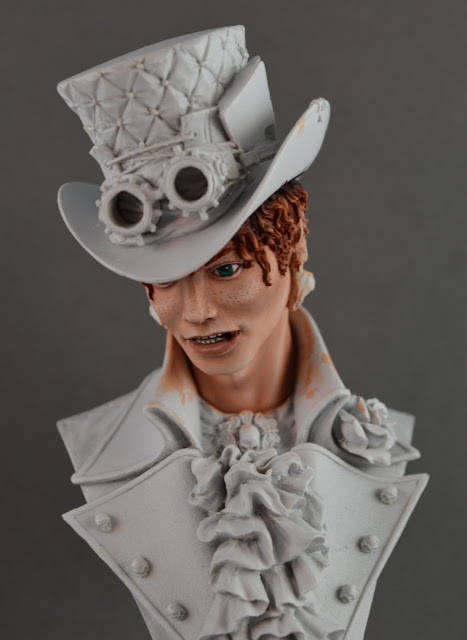 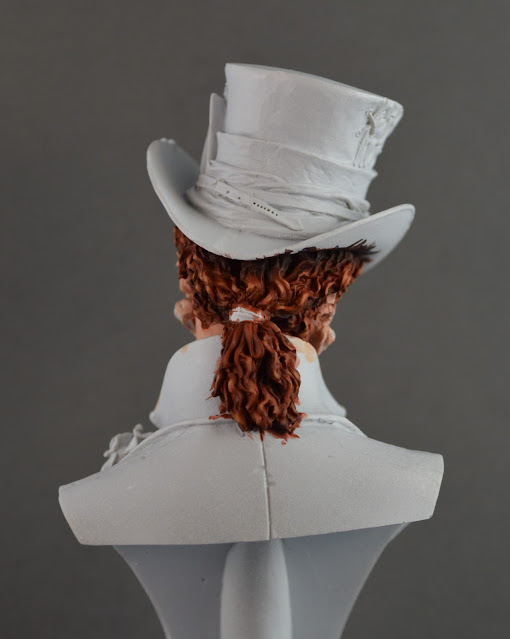 Posted by MiniPainterJen at 6:05 PM