I have been working on things in dribs and drabs, but have been slacking on blog updates. In some cases, I didn't think to get work-in-progress shots like I should have. So, consider this sort of a sum-up of the last week of activity.

For starters, Drusil. She goes on the base I was working on lately. I put her partly together, primed her, then shaded parts that would be unreachable once I had more parts glued on. It'll make more sense after you see the pictures, so here they are: 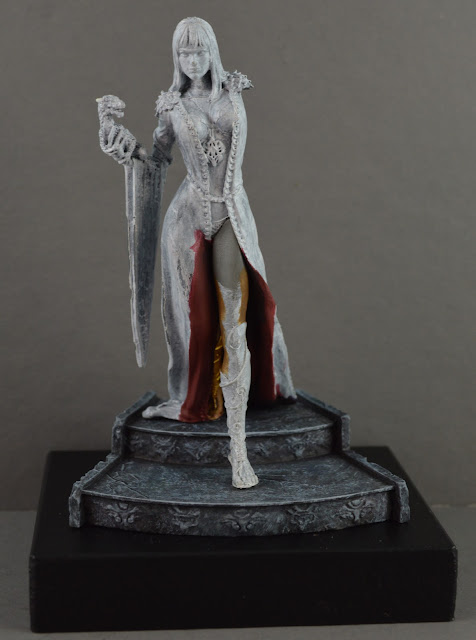 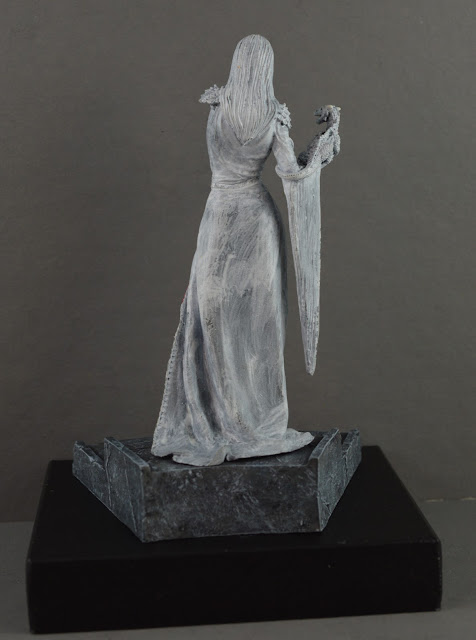 So. I glued her arm on. Her front leg is also a separate piece, but I knew I was going to have to paint the stuff behind it before I attached it, and also determined I'd have to get her leg on before I could attach her to the base. Otherwise, I'd run the risk of not gluing her to the base correctly, so that the front leg wouldn't line up with its spot on the base.

So I primed her, and then painted the area that would be behind her leg. I made a mistake here - I should have just primed the area I was going to work on instead of the whole thing. As it is, I got some rub-off of the primer in a couple spots. I'm hoping I can fix it; I'd really rather not have little bumps from primer chunks on her like I did on the Adriana bust. You'd think I'd learn. :p

I ended up painting the area behind her leg fairly roughly, as it's not super visible. The parts that are more visible, around the edges of that area, I can clean up later. With that painted, I glued on her leg and then attached her to the base.

I kind of want to make her dress sheer. Not sure I'm going to do it.

I also worked on building a phone booth: 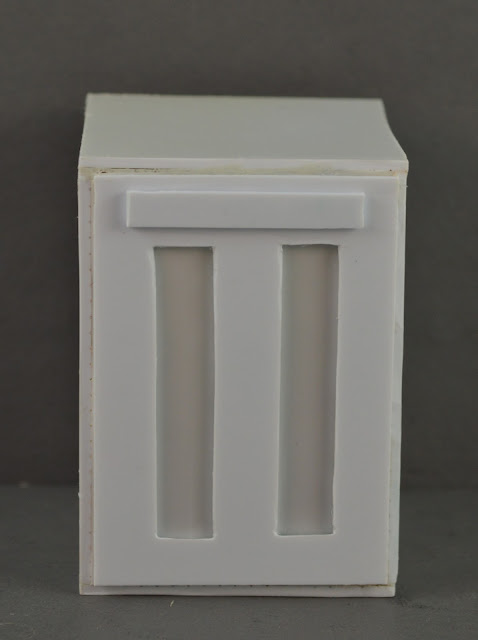 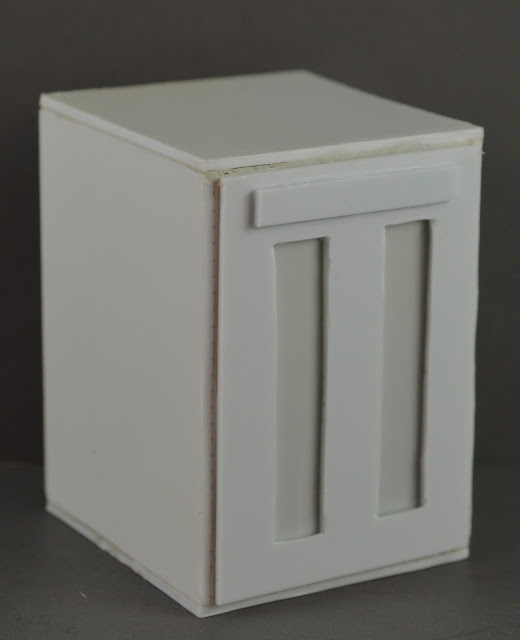 This was my reference photo:

The proportions are different in that I made mine wider. That was on purpose, I wanted the option of being able to fit a mini on a 30mm base in there, if I made an open one to go with it.
This is the one where I should have gotten in-progress pictures so I could describe the process. I'm going to make another one soon, as there's definitely room for improvement. I'll try to remember to get in progress shots of that one. Short version: there's a wooden frame on the inside that I glued all the plasticard to. It provides support, rigidity, and some weight, as I used some hardwood scraps I got from my husband.

Posted by MiniPainterJen at 2:07 PM