I did what I planned to do with Adriana's hair - I went over it with a slightly lighter, warmer brown. I think it had the effect I wanted, and I'm happier with it now. I also went back over the base tone of her skin, making it a bit darker and redder, which I think will better match the reference image that I'm using. 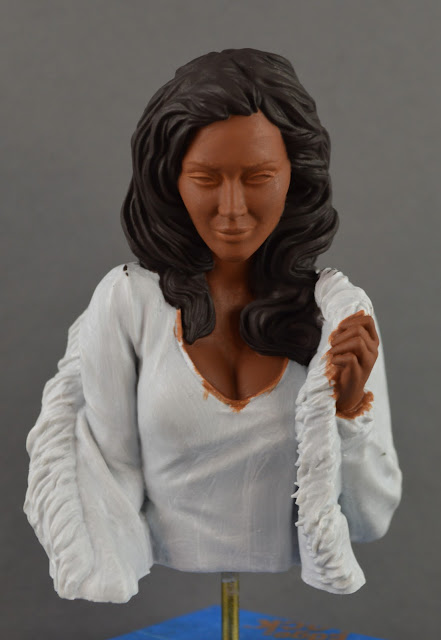 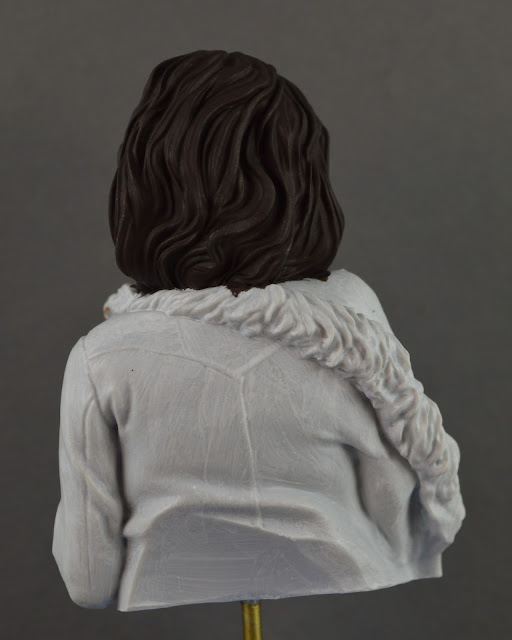 Next will be shading and highlights on her face.

I have another project I'm starting. This is a figure from GW that I bought recently. It's been a looong time since I worked with a GW figure...I mean, the last ones I worked on were actually metal, and only slightly over-priced as opposed to the fairly crazy pricing they have these days.

Anyway, this guy started as many, many separate pieces. I've put together as many as I could and still have him paintable. There are five or six pieces that I'll be adding as I go. I will say, I really enjoyed putting all the pieces together, and GW did some wonderful engineering to get them all to fit snugly. It would be really difficult to put it together incorrectly, as all the pieces are shaped to fit together in just the right orientation.

Today's work was getting the main body attached to the base, checking my intended color palette, and starting a base coat. Putting him on the base was a little interesting. His other leg, which is not yet attached, will have its foot up on that skull. So I had to try to get him placed so that the other pieces would fit together correctly. Time will tell if I was successful. Yes, I could have not put the skull on the base until I had the pieces attached, but I wanted it to be set in the ground cover, not on top of it. 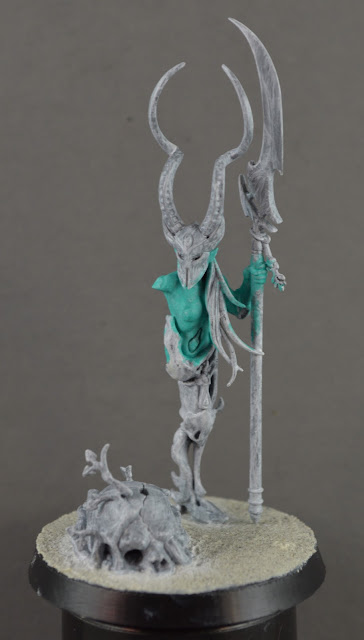 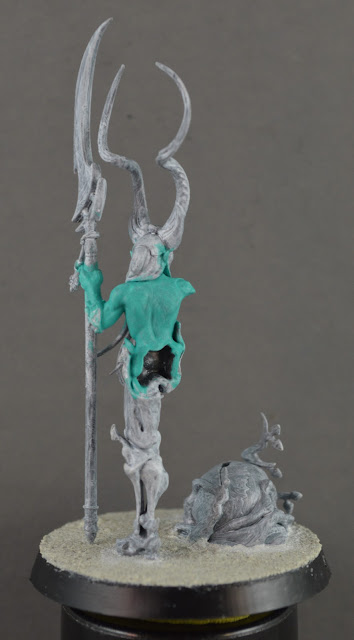 Anyway, once I had him attached in (hopefully) the correct spot, I started my base coat. I actually laid out the color palette I plan to use before starting: 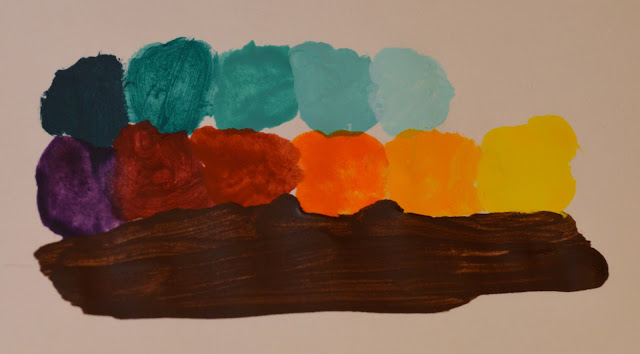 The box art has him all teal and green...he has this leaf-looking skirt/armor thing which they do all green, but I'm going to do in autumn colors. I'm still going to do the main body in teal, and the brown is for some bark-like armor he's got.

I don't usually lay out my colors like this, but sometimes it helps to look at everything together to make sure it'll work the way you want. It can also tell you useful things about the specific paints you plan to use. For instance, I was going to use the teal that's second from the left as my base coat for the guy's skin. However, I learned it's very transparent, and would take many coats for that to cover. So I'm starting with the next lightest color, which covers better, and then will go over it with the darker teal.

Posted by MiniPainterJen at 6:52 PM