So, I started with finishing off Karick's skin and doing his eyes. It took many tries to get the eyes so I was happy with them, particularly the left one. Then it turns out, the eyes look very different depending on the angle you're viewing them from. The angle the camera was at...not so good.Going to have to go back and revisit that, I think. Same with the shading on his face. Under the lighting I was working with, it looked fine. Here in the picture, it's not very balanced between the left and right sides of the face. Gonna have to go back and futz with it some more. 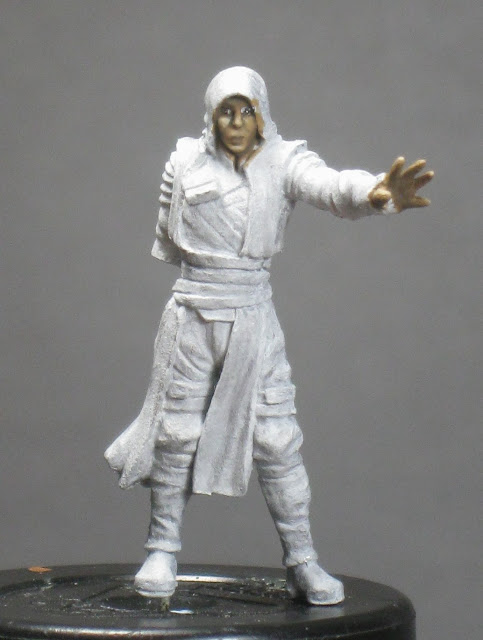 And, put some metallic on the lizard man. Not too much going on here, it's just a base coat.This guy is going to move along fairly quickly, so I may focus on him until he's finished. 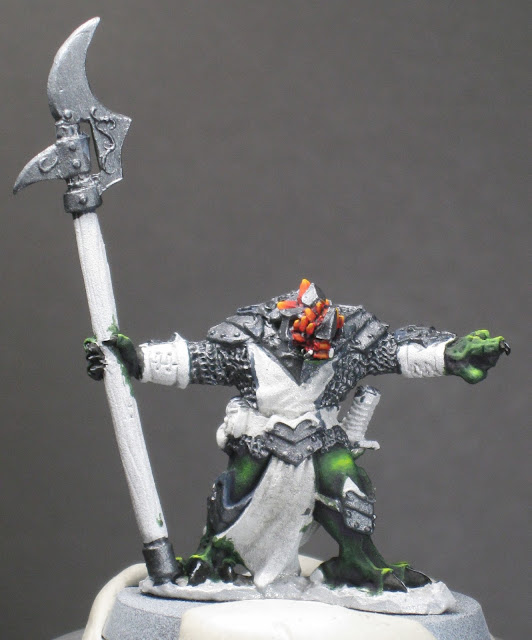 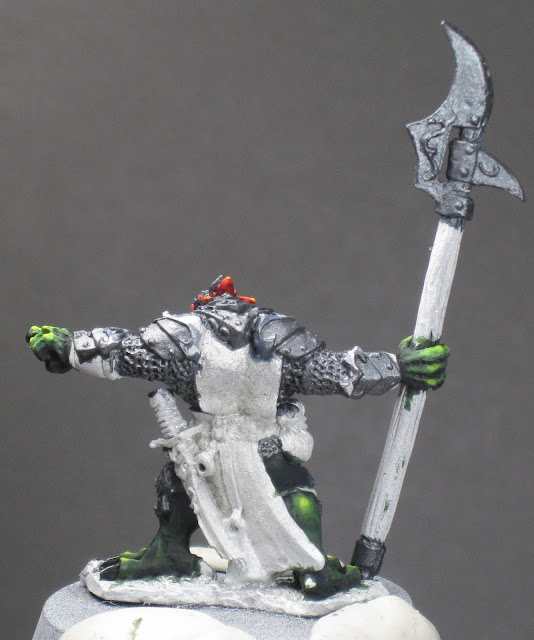 Posted by MiniPainterJen at 6:42 PM