I went to Paint Day at a local game store today. Had a good time, met some folks, saw a lot of new talent just starting out with painting. :) And, I took this guy to work on. I did shading and highlighting on his skin. I'll need to check it again tomorrow in better lighting, but I think it's OK. I still need to do the areas that are going to be red, which for him will probably just be the rest of his face and the bits of crest that are sticking out between armor plates. 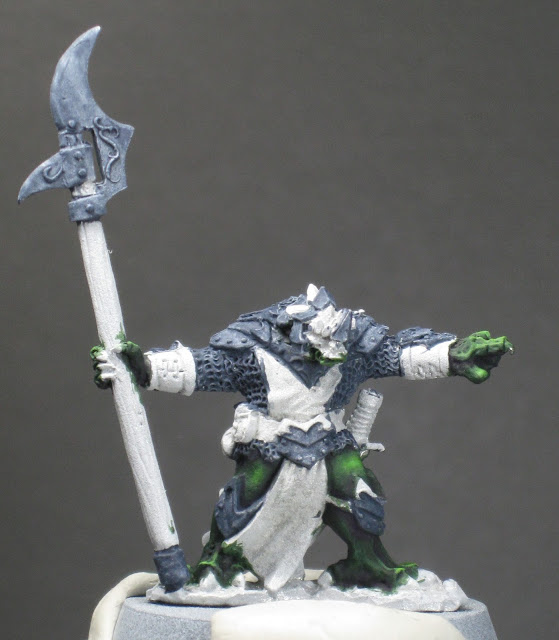 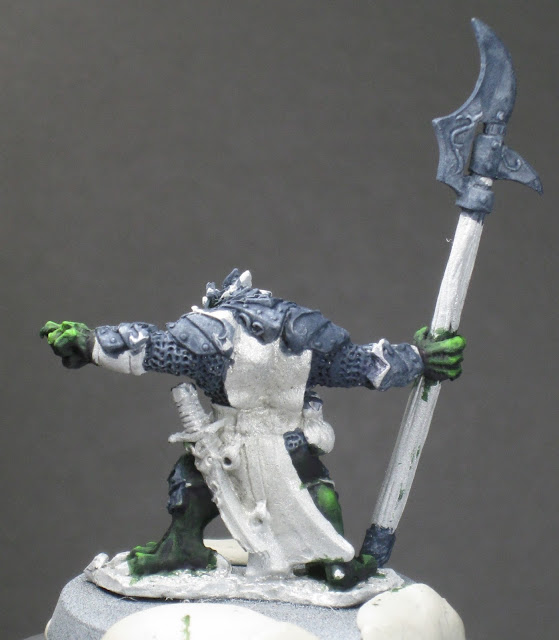 What's with the blue on the armor? Well, I'm going to use metallics on his armor, and base coating under steel with a blue is a technique I learned from Mr. Michael Proctor. It makes a solid base for the metals, which tend not to cover well, and also adds a little depth to them.

Next for him will be finishing off the red bits on his body, then probably eyes, teeth, and claws, then the metals.
Posted by MiniPainterJen at 4:43 PM