No, I haven't been slacking.

I've been working on stuff, just most of it isn't very photogenic. The current batch of gangers is almost done. Another day or two and they'll be finished. I'm still working on getting all the lines off the monk, and also finding the brush on primer I used seems to have left a lot of grit. :p So, that's an ongoing process. I have put a base cost on the lizard's armor: 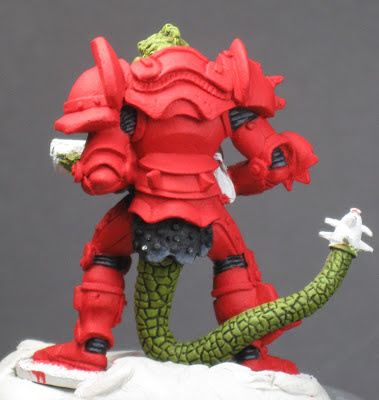 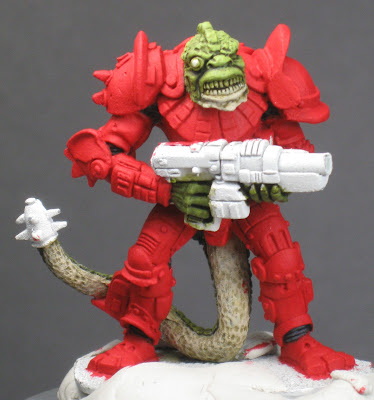 That armor isn't just red, it's RED! I am, however, having second thoughts on the wisdom of trying to do NMM on armor with so much texture on it. Well, I'm committed now, so we'll just have to see how it goes, but I expect to be pulling out hair in a matter of days. Tomorrow I plan to start shading him.

Posted by MiniPainterJen at 6:49 PM