I added the additional texture and bits to the revenant's base. It was a pain! The texture paste stuff I'm using...I don't know if it's because it's a new bottle, they changed the formula, or it's always been like this, but I'm having a much harder time with it than I remember having with my old bottle. It's very liquid, but also wants to stick with whatever tool you're trying to use to place it. So, I was trying to build some up against the sculpted base, I'd push it up where I wanted it, and then withdrawing the tool would pull it right back. It's also too fluid to hold anything in place. Sigh.
Anyway, I got stuff mostly how I wanted it eventually. 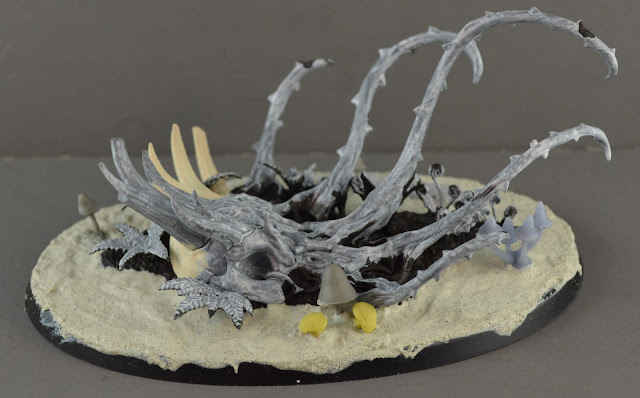 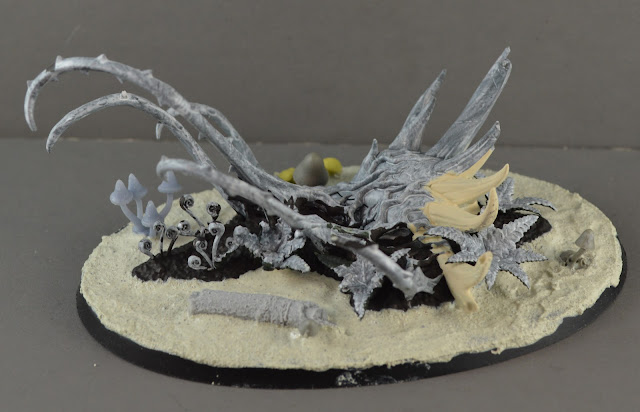 Then that guy needed to set, so I went back to the banshee. I need to do more shading and the highlights on her body, but I wanted to get a better sense of the overall look...so I started a base coat on her veil, gloves, and bodice. I'm feeling better about it now. 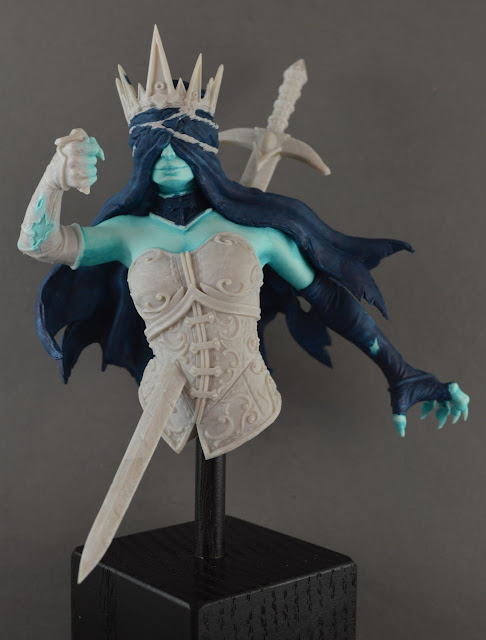 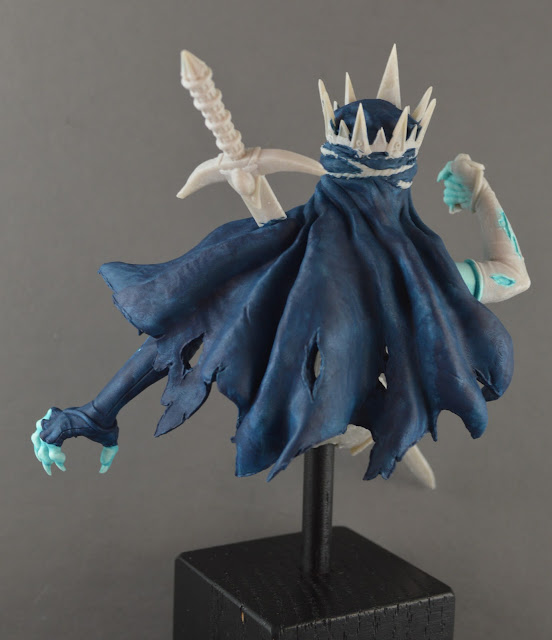 Posted by MiniPainterJen at 6:35 PM