PLEASE NOTE: One of the figures included in pictures in this post is a topless female. That will be the case for the next few posts, most likely. I will try to keep it at the bottom so it doesn't show up on front pages and feeds and so on.

I got in a little work on the angel today, just putting the green tips on her wings. I hope to get her finished next time. 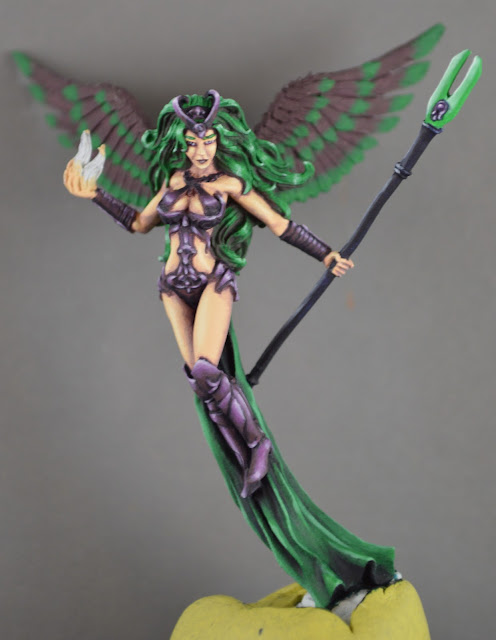 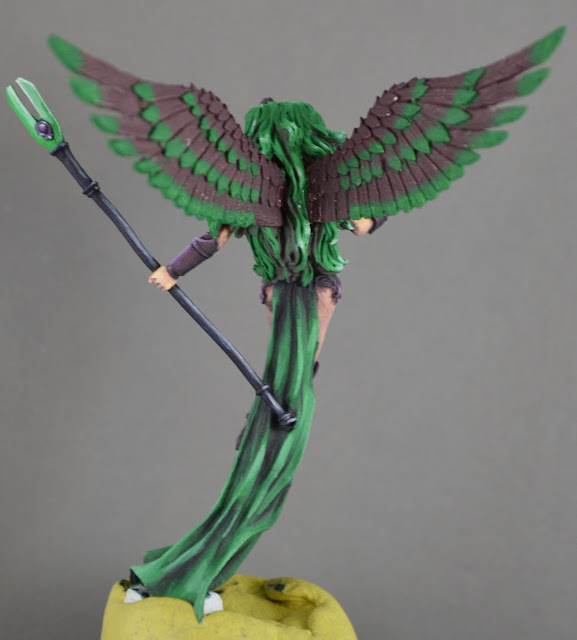 I also worked on preparing my next couple of projects. I'm starting another Arena Rex gladiator, Infelix: 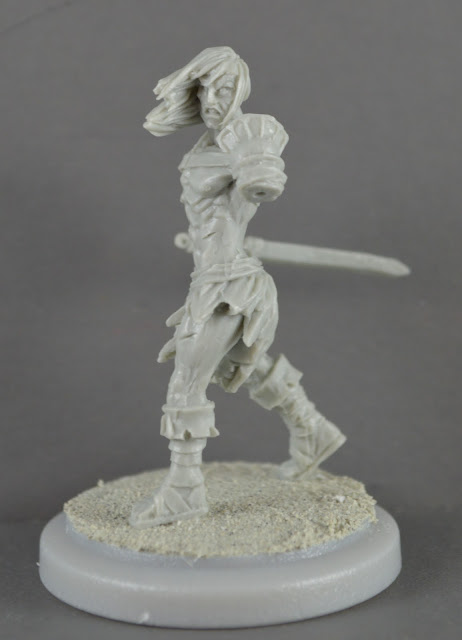 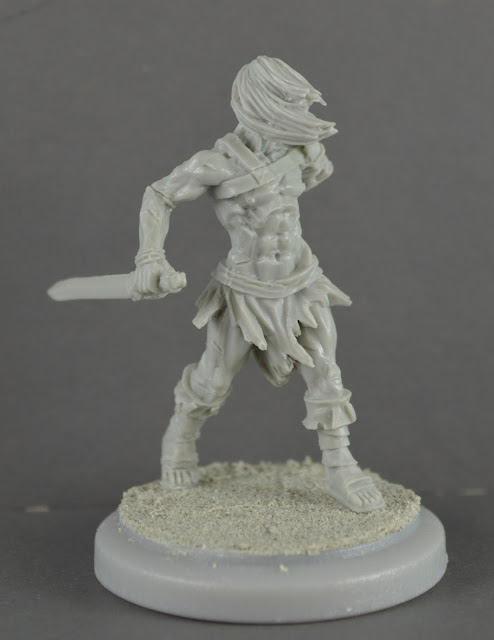 His other arm goes across his body, so it'll have to be attached after painting.

With him done, I'll have painted the content of one of the starter kits for the game. I don't plan to go faction by faction, but it'll be nice to have a 'set' done and playable.

Lastly, I pulled this Hasslefree figure from the pre-primed box. Like most of them, she has Fuzzy Primer Syndrome, which is sad. I'll see what I can do about that, to kinds smooth it out. A lot was rubbing off when I was basing her anyway. 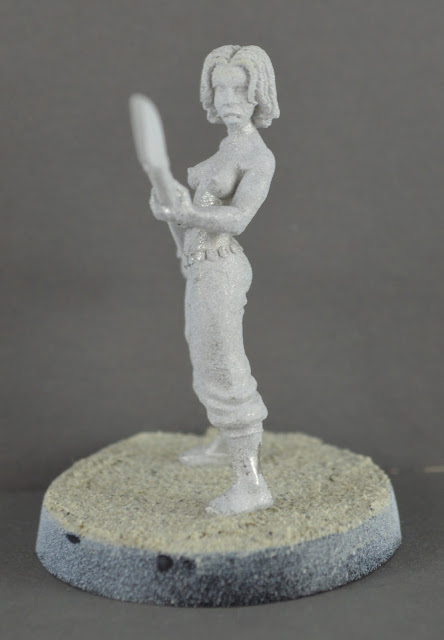 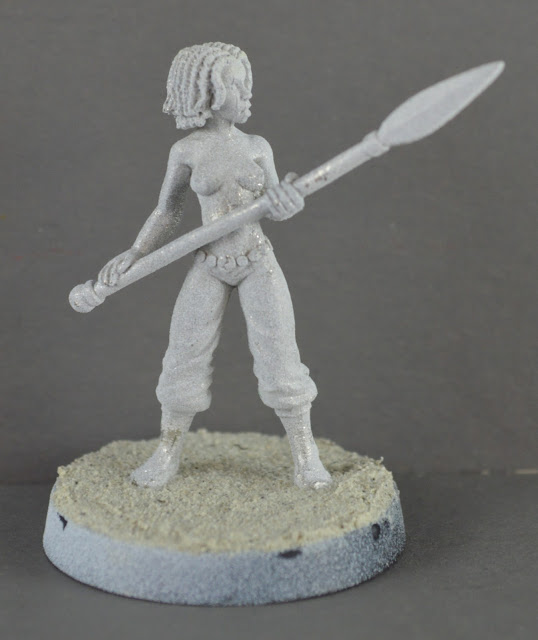 She should be a quick, simple paint.

I have another bust I'll start soon as well, as soon as I can decide which one I want to do!
Posted by MiniPainterJen at 4:04 PM