As I hoped, I finished off Rasia today. 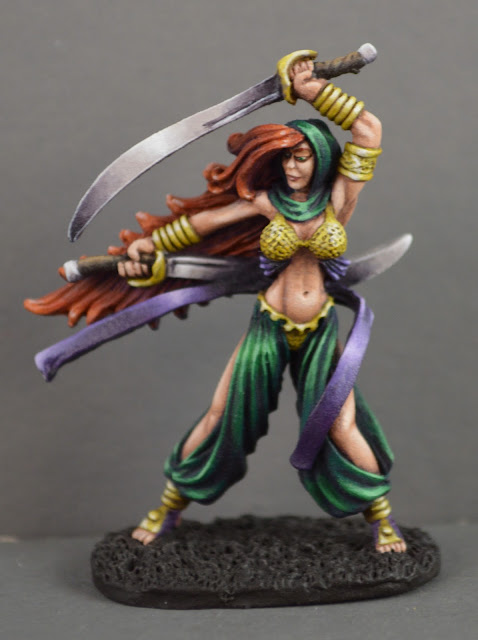 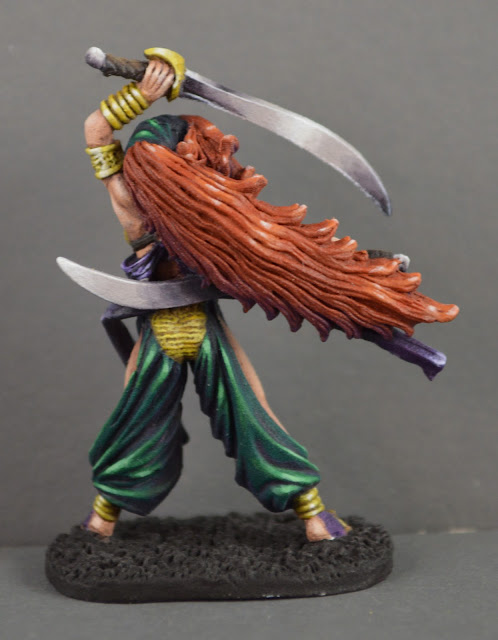 Her base has some odd texture I wasn't sure what to do with. I could have tried covering it with flock or static grass, but that wasn't really the base I wanted for her, either. I ended up just painting it dark and figuring it could be ignored as not really part of the display.

I also got back to work on Marcus. 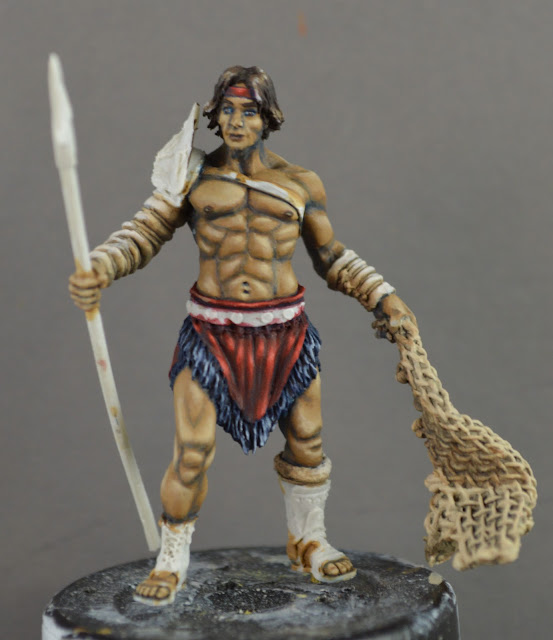 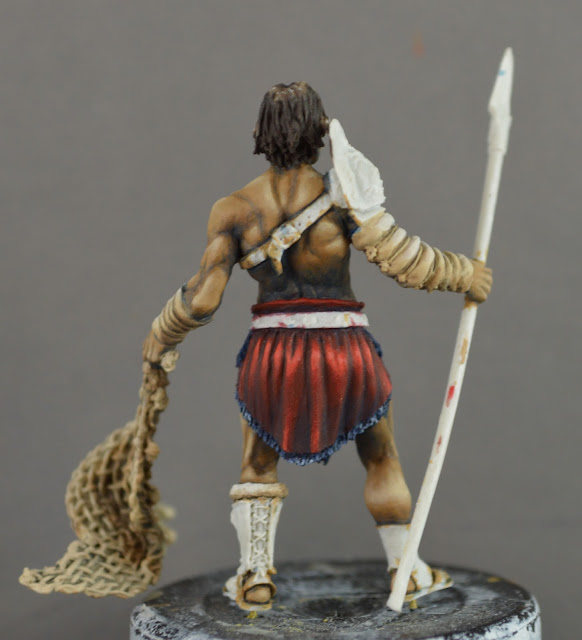 That's the fringe on his loincloth and a start on the padded bits on his arms, the net, and the cuff on his armored shin. The padding is mostly done, though it won't look right until the leather straps also get painted. The net still needs a fair bit of work. I'm not real thrilled with it so far. However, if you note, I've put blue in the shadows of the padding and the net, just like on his skin and the loincloth. It's actually the same blue, which I also used as the base color on the fringe. It will help give him a cohesive look.

But there's really not much more to him - I'll do the leather parts next, which is most of the boots, his belt, the strap that holds on the shoulder plate, and the straps on the padding on his arms. Then it'll be the armor plates and the spear.
Posted by MiniPainterJen at 3:16 PM