I got the streaks for the stone texture on the floor and steps of my base. This probably took somewhere around 6 six hours. 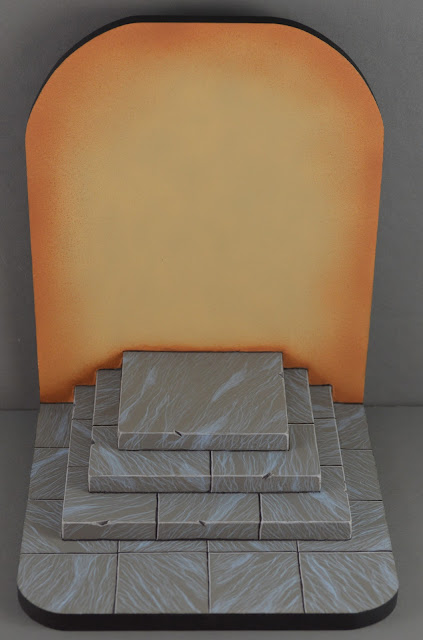 Now I need to go back and do the stippling, which will probably take a similar amount of time. Maybe (hopefully) a bit less. After that will be a light glaze with the base color, which should be fast. And then after that, I'll probably put a coat of sealer on it.

Then I'll move on to cleaning up and preparing the throne, and I'll have to decide if I want to do it in the same stone or something different.
Posted by MiniPainterJen at 6:15 PM