Finished off the well over the last couple of days. 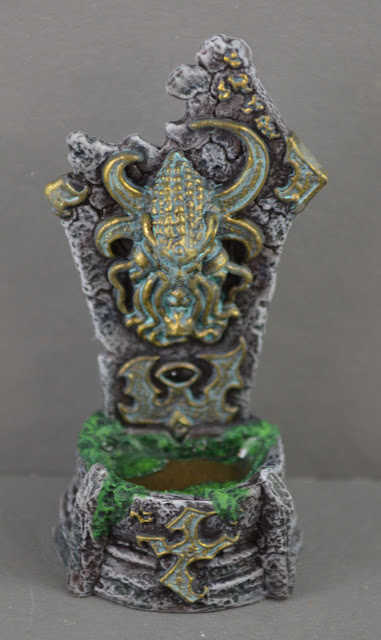 That's the final version. It took a few steps to get there. For starters, once the slime dried it was a little too light: 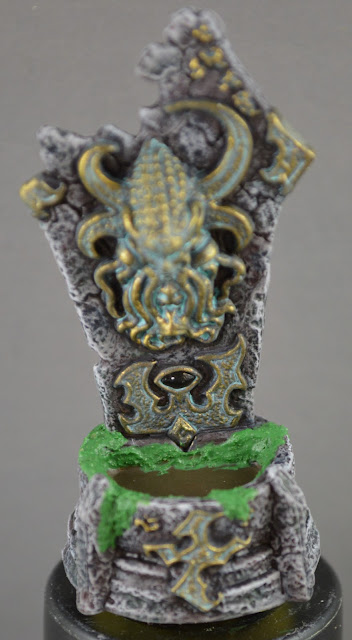 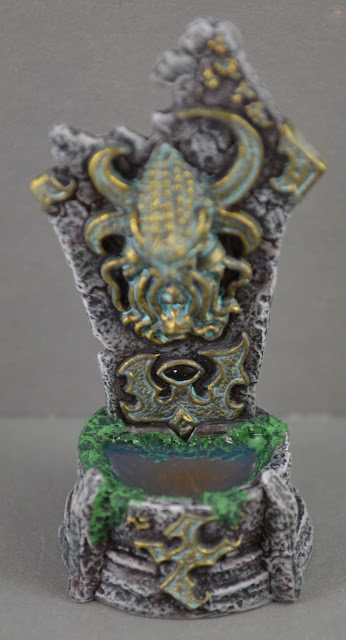 It worked pretty well. I learned how to get bubbles out of Realistic Water (scoop them out, don't try to pop them). However, there was an issue. It cracked when it dried. You can see it as the really bright spot in the well. 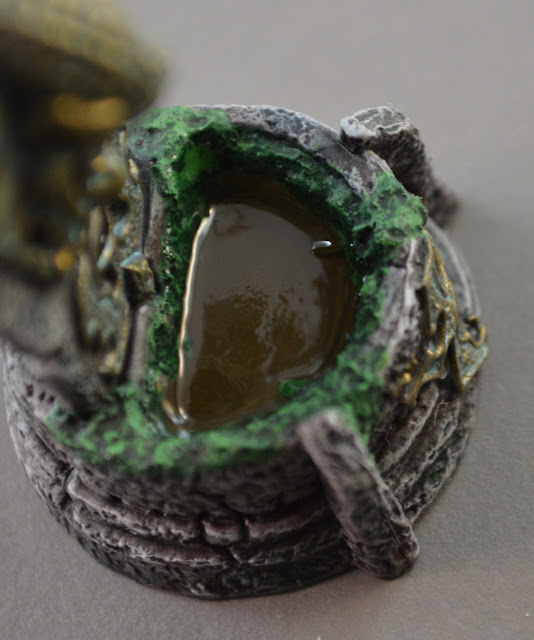 So, I decided I wanted some more slime on the water anyway. So I mixed some up, put it over the surface to hide the crack, and then put in just a touch more Realistic Water to make it look like the slime was at the top or just under the surface of the water. I'm pretty happy with the overall results. I like the item enough that I'm thinking I need to come up with some kind of game to build around it.

Also spent some time working on Freya's arm. I'm hoping to finish her this weekend. 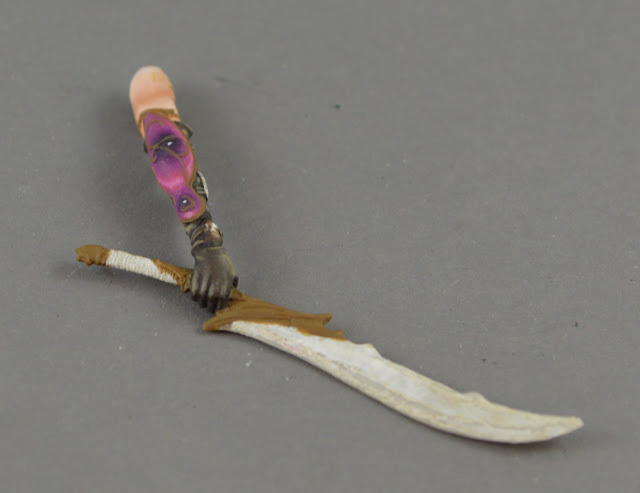 Posted by MiniPainterJen at 5:58 PM