So, the practice dummy is indeed done, and I've moved on to other parts of the diorama. I started by base coating the base and tree in dark brown with my airbrush. 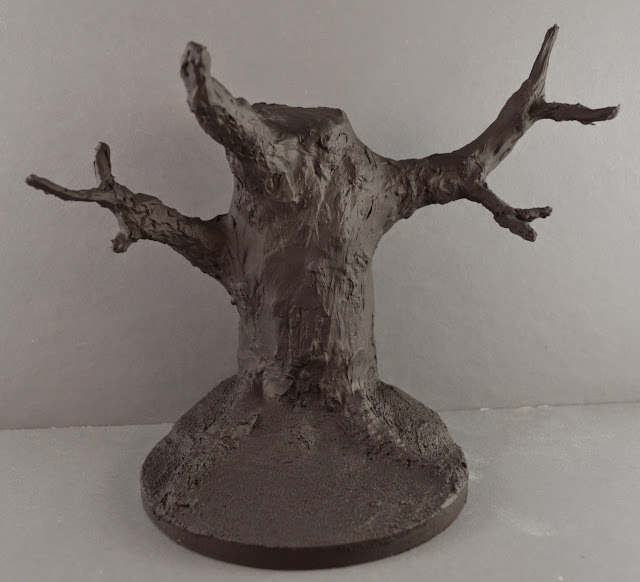 I'm not entirely thrilled with the texture on the tree. Particularly at this stage, it looks kinda like chocolate frosting. But I'm going with it.

So then I went over the tree with lighter browns. 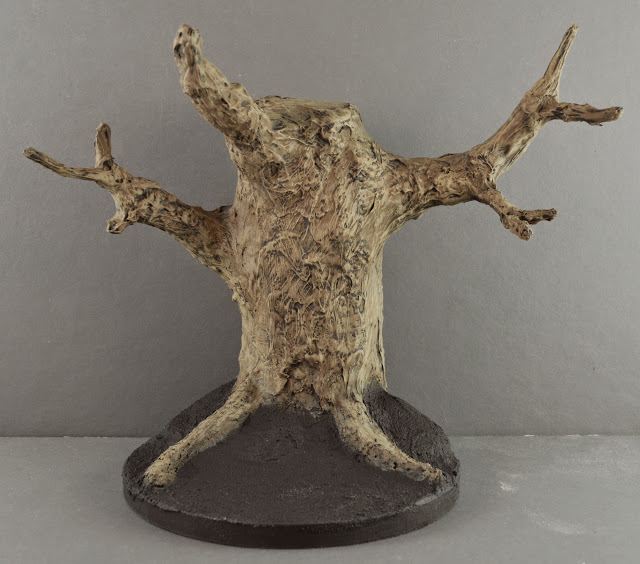 Next will be making the ground look dirt-like. That will involve using dry pigments, which is also not something I do much. Should be interesting.

Also worked on the main character for this diorama, the ranger. Put highlights on her skin and started, but have not yet finished, the eyes. 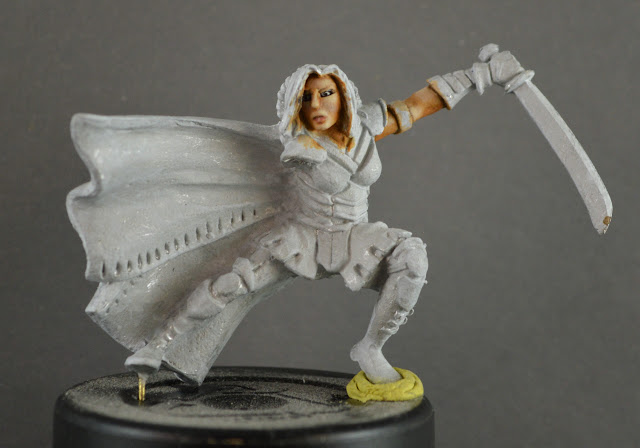 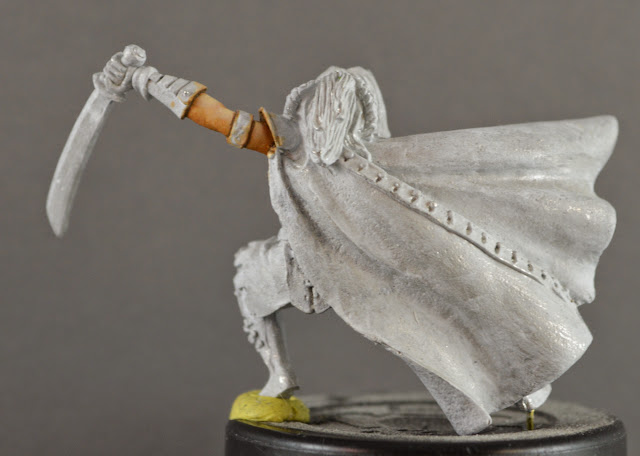 This figure has some of the most difficult eyes I've had to deal with. They are small, and the one under her hair is really only half an eye, and hidden behind her hair at that. It took a lot of wrestling with it to get this far.
Posted by MiniPainterJen at 6:41 PM