Well, Nandi went through a few iterations today. I started with finishing the shading and highlighting on her skirt and bodice. I started by making the reddish shadows a little deeper Then I fought with the cream part of the skirt. I initially tried shading it with a lightened Ashen Brown, but that ended up looking dirty. So I went back and forth a bit and ended up using a darker cream. I was afraid I'd really messed it up with the ashen brown, I'd pulled it down into the orange area of her skirt, so I had to try to fix that, too. It was a mess, but I think I managed to mostly recover. So then I moved on to highlights. I mixed yellow into the orange to get the highlight color for the bodice and lower part of the skirt, and used Linen White for the highlight on the upper part of the skirt.

Then I tried two or three colors on her gloves before I settled on making them orange as well. I'm still using Ashen Brown; that's what on the leather bits on her hips and shoulders. 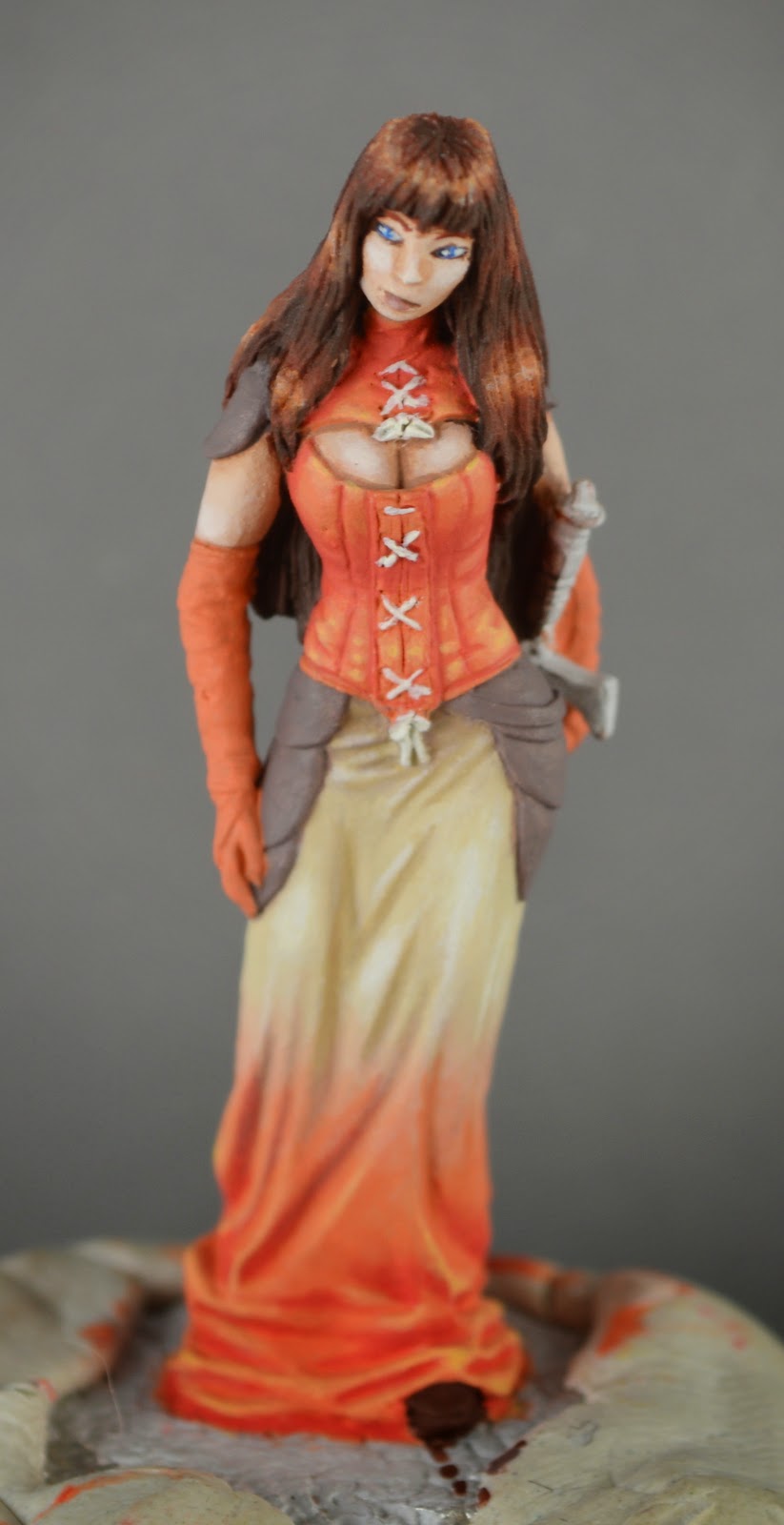 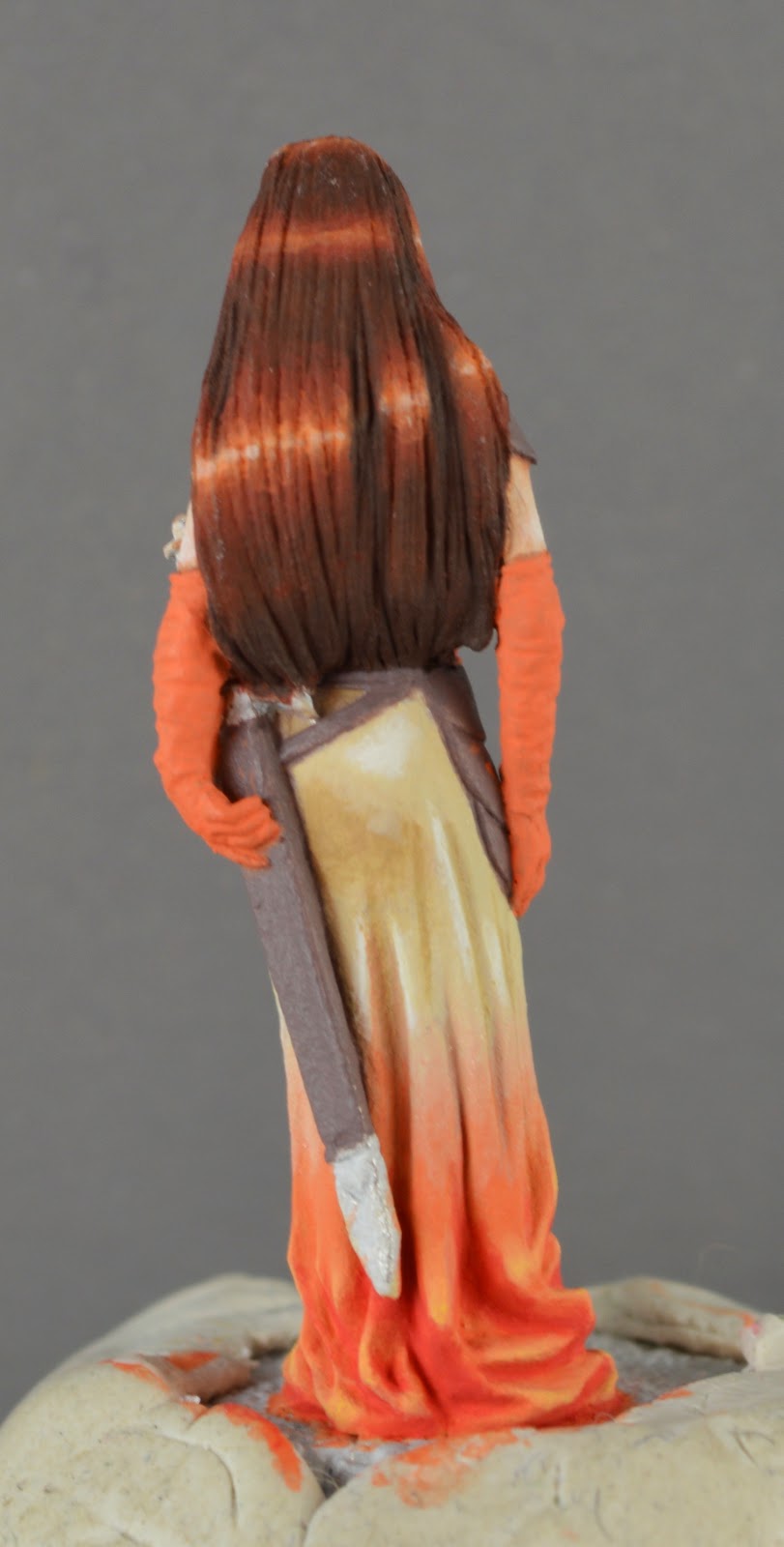 Posted by MiniPainterJen at 5:26 PM