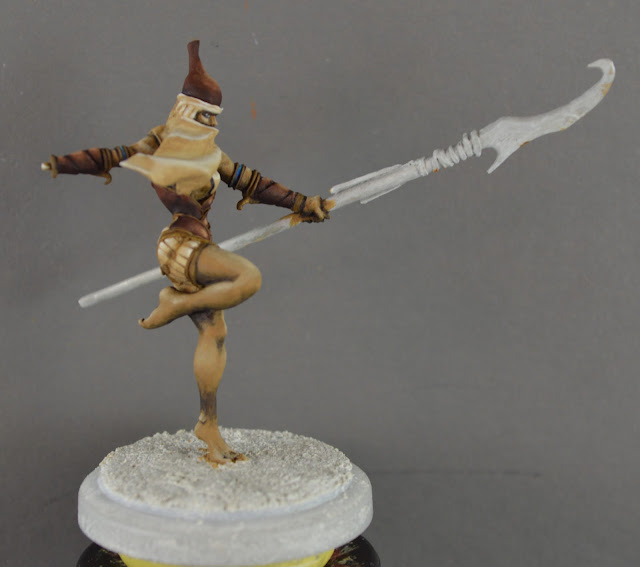 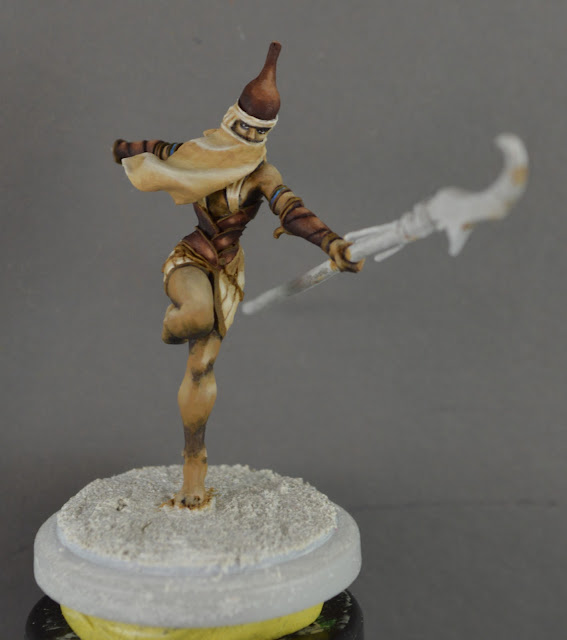 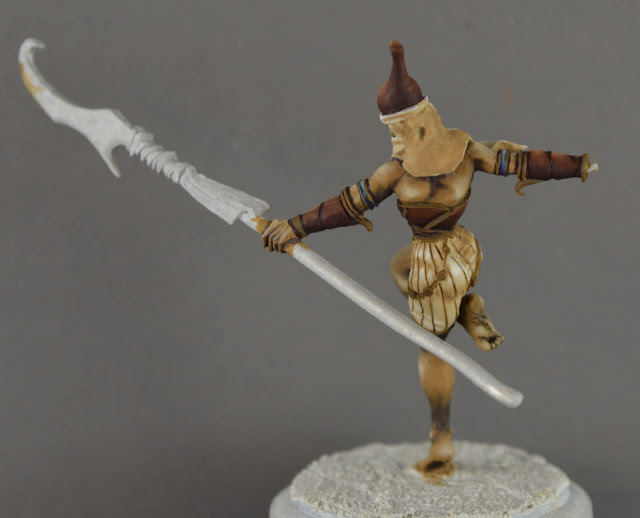 I was going to attach the other piece of her hat once the hat itself was done, but when I dry fit it in place, it became clear that it would be difficult to get to her arm bands and such with it there. So now, I play to put it on after the gold is done. Her other hand with the whip I'm probably going to do very last - even after the base. I may even do the sealer in stages.
Posted by MiniPainterJen at 6:23 PM