I went back and painted the yellow bits on the base brown instead. I'm happier with this; I think it retains the pattern detail but makes it less in-your-face, so hopefully it won't compete with the figure for attention. I left variation in the brown just because I like the way it looks. That may end up being a mistake, but..meh. I still like the way it looks. 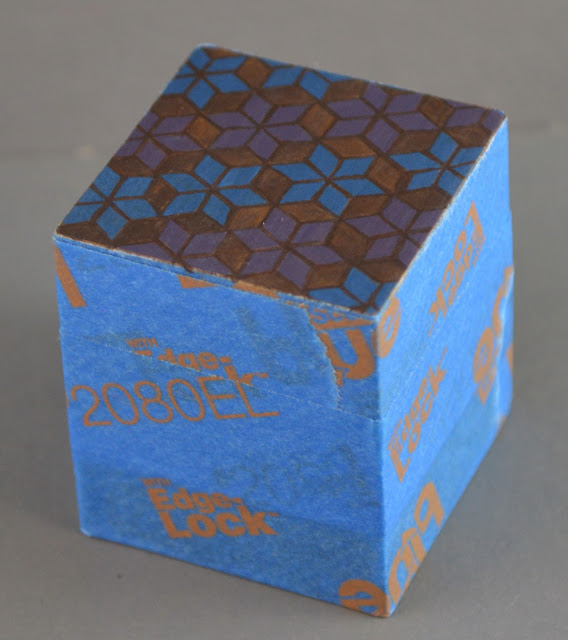 Once that was done, I moved on to preparing her busking bowl. I picked out the best of the batch and then cut some small chunks of round green stuff to serve as coins. 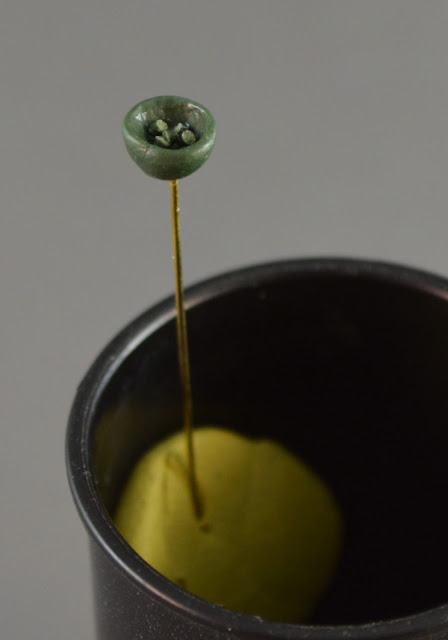 They're pretty chunky for coins, but I'm going with it. Paint will help, and they need to be a little exaggerated to show up. So we'll see.

Tomorrow will be painting the bowl and coins, and hopefully putting everything together.
Posted by MiniPainterJen at 5:30 PM