Bases and a wizard

Yes, it's been a while. I've been working on some stuff I can't post pictures of. However, I've wrapped that up and am on to some other projects.

I'm still working on cleaning up Freya. No pictures, but it's still in progress. Soon I'll be on to paint.

I am a sucker for preformed bases.So, when CoolMiniOrNot did a Kickstarter with bases, I went in on it. They showed up yesterday. Unlike the other pre-made bases I've got, these are two parts - an insert, and the surrounding rim:

So, you can paint the insert separately and when it's done, glue it in to the other bit. 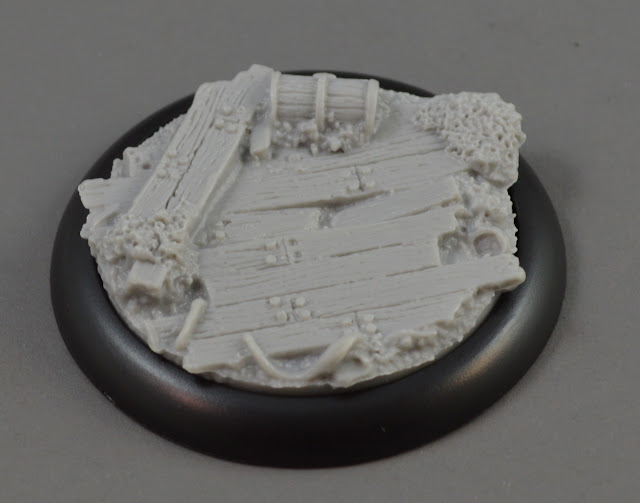 So, I painted one up. I'll put a figure on it later. I'm pretty happy with it. There was some mold lines that had to be cut off, which left some not as nicely sculpted bits. I don't think I'd use them for competition pieces, at least not without a lot more practice in cleaning them up and making it look nice, but for gaming or such they're great. 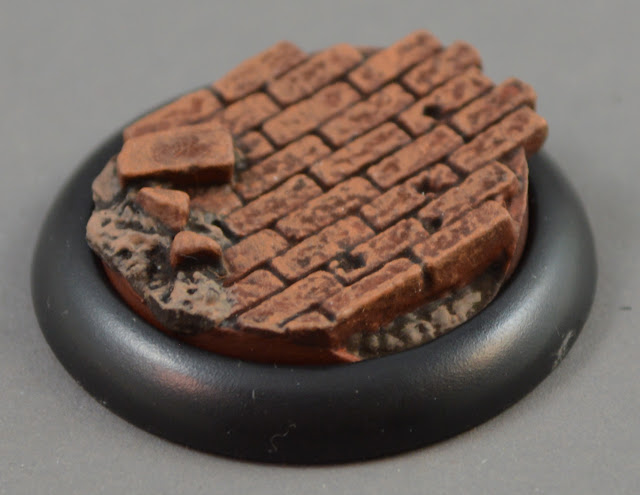 Also, while my husband was away over the 4th he found some figures I'd painted years ago for some friends to use in gaming. They're awful. Truly horrible. So, I'm going to take some of my Bones and paint them up as replacements. I've started the first. 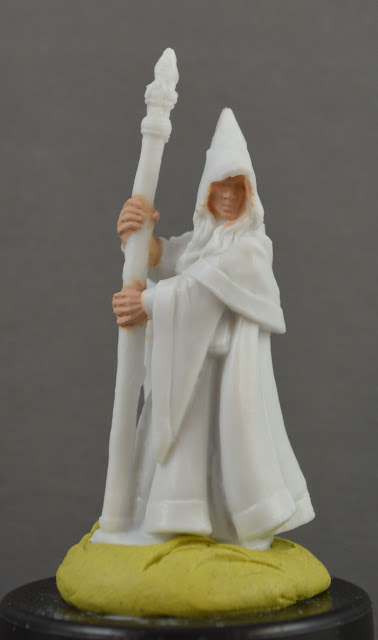 These are going to be gaming quality, so should go pretty quick.
Posted by MiniPainterJen at 6:23 PM