The theme for today was 'finish stuff'. I want to clear off some things that have been sitting on my table for a while.

So, first, Lysette. I buzzed through finishing her off, so some of the details aren't as good as they could be. But she'll do. Anybody need a female elven mage in their game? 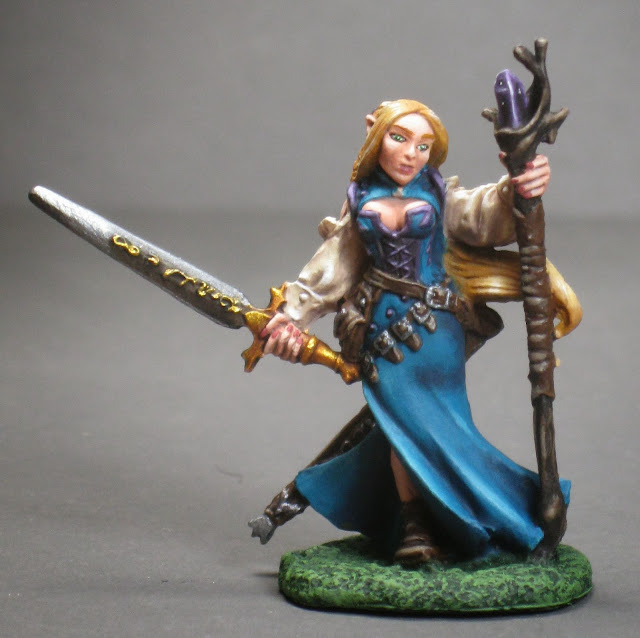 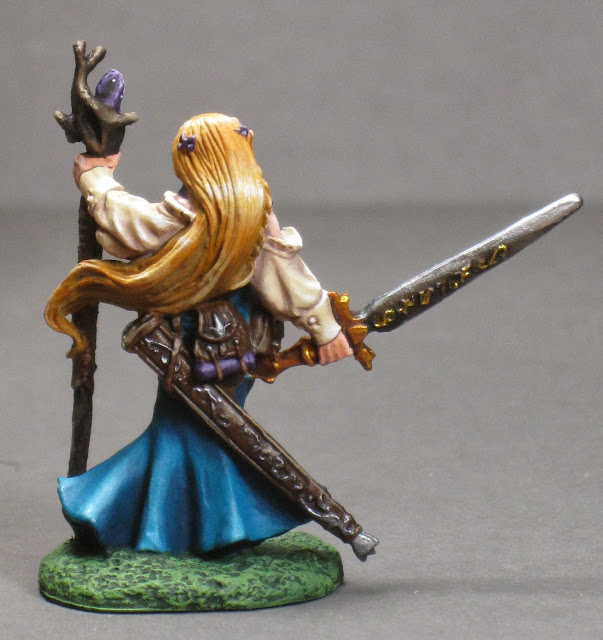 And, my sculpting practice dummy. Back when I did the sticks, I knew this one wasn't going to be great. And he isn't. So, I used it to practice some other things - putting a seam in on the 'head', and a torn spot in the body with some straw sticking out. I think my biggest problem is that I'm tending to use too much putty, which makes everything bigger than it should be (he's taller than Lysette) and also makes it more prone to that blobby sort of look. I've got another armature made, so I'll try another one soon. 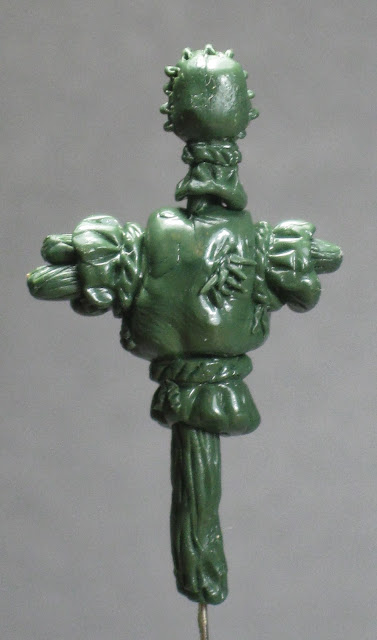 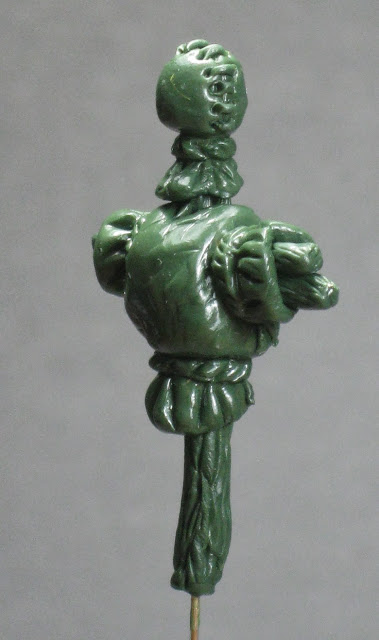 And, the lizard men. I'm going to try to tackle them one at a time instead of a group, and hope that helps me get through them. I think trying to face the whole group as a mass was too much. 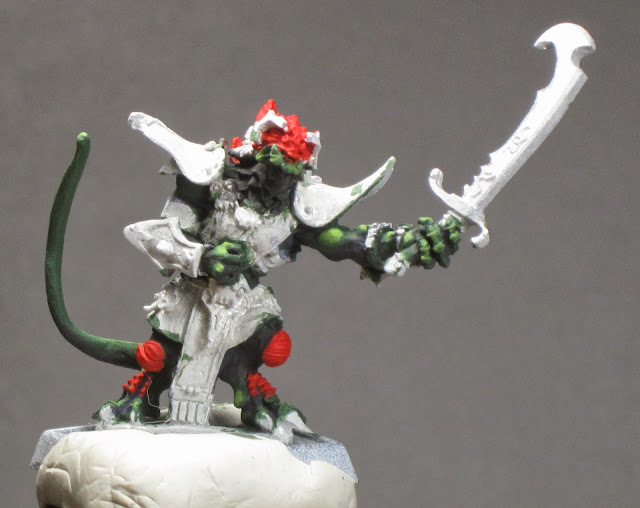 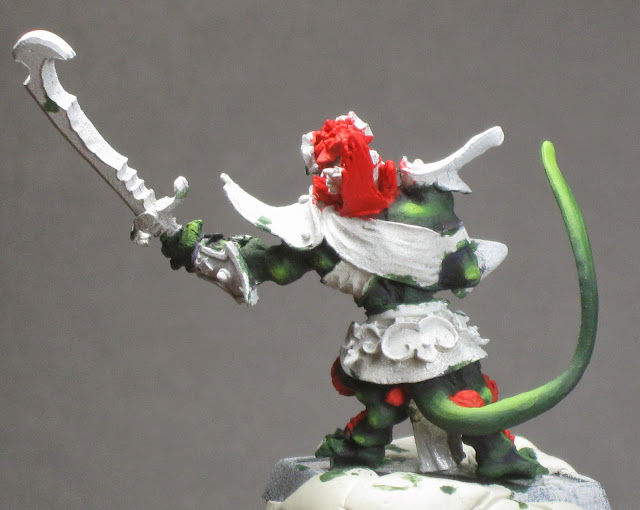 Posted by MiniPainterJen at 4:11 PM