I did a little prep work on my ReaperCon figure today; I'll probably have pictures of here tomorrow. In the meantime, since I had to wait for some glue to dry, I worked on other things.

First, the barbarian. Remember him? I shaded and highlighting the rings on his armor sleeve, and started some shadows on his kilt. 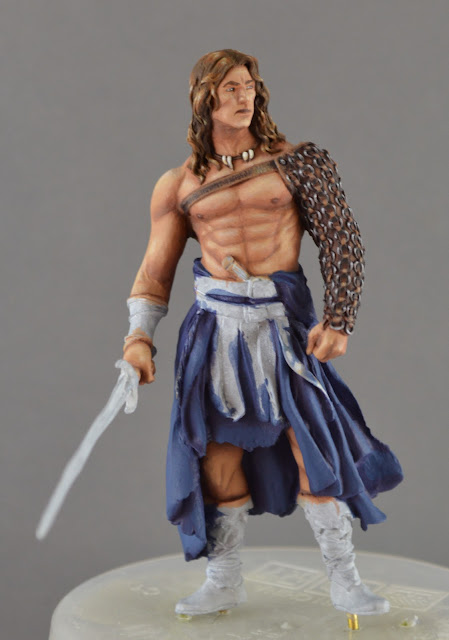 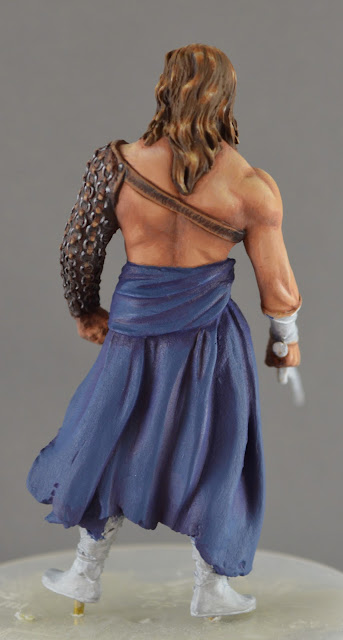 I think his lips are too dark, so I'll have to go back and fix that. Other than that, it'll be continuing with his kilt.

This is a battle nun from Raging Heroes's most recent figure kickstarter. There were issues with the resin formulation with some of the figures, including this one - it ended up with a slick, greasy surface that doesn't want to take paint. So painting it is really just an experiment to see if I can get paint to stick to the ones with the bad resin. So far, it looks like I probably can, with some work.There are some spots in the recesses that didn't get much of the sprayed-on primer coat that the paint didn't want to stick to, so that's worth noting. I'll continue working on her every now and then, but it's not a priority. 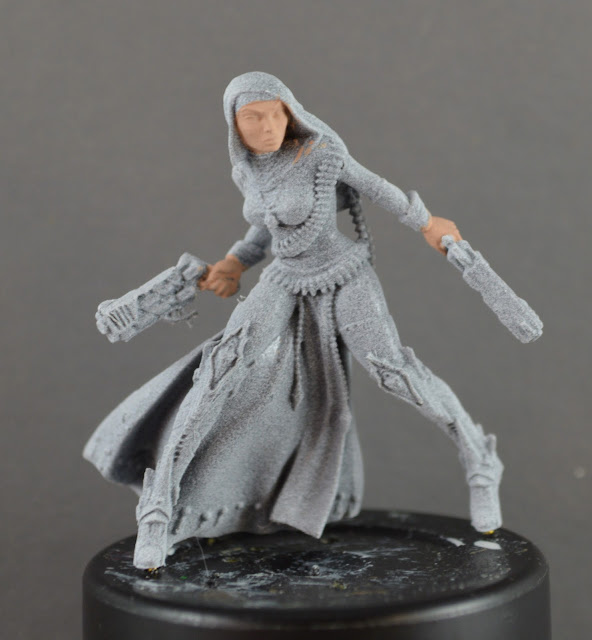 Posted by MiniPainterJen at 6:00 PM