That's it...at 124, I have painted exactly twice the number of minis I have purchased this year. Assuming I don't buy any more, anyway, which I'm pretty sure I will be able to hold off on doing. This is the first time I've made my numbers since I began counting. Also, this year will be the highest number of minis I've painted in a year since I've been counting. Even though it's heading into the super busy holiday season, I do expect to finish at least a couple more by the end of the year.

So, here's the finished lizard man, and then a group shot of all three. 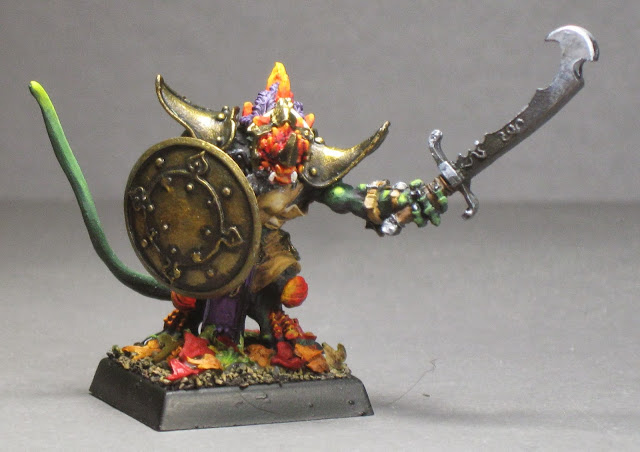 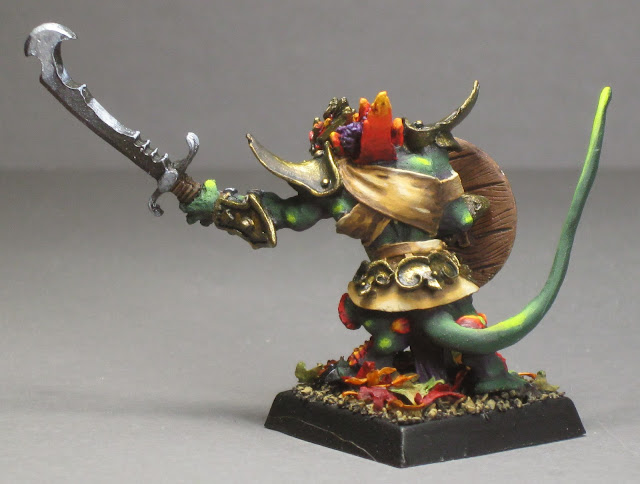 I did have a minor crisis tonight. A stack of books fell on the shelf where I was keeping some finished but not sealed minis. One of these guys was among them; the once in the center. One of the spines on his back came off and was bent, and there was some paint cracking and chipping. I got him more or less patched up (you can kinda see a darker area on his tail where I did some paint repair and didn't get it completely smoothed in). Also lost the tip of one of the blood vestal's swords...I haven't decided if I'm going to re-green stuff that or what.

The books have been moved and most of the minis in that area put away somewhere safer. :p
Posted by MiniPainterJen at 6:10 PM